Skip to main content
Eve of Man: Eve of Man Trilogy, Book 1 and over 1.5 million other books are available for Amazon Kindle . Learn more
Share <Embed> 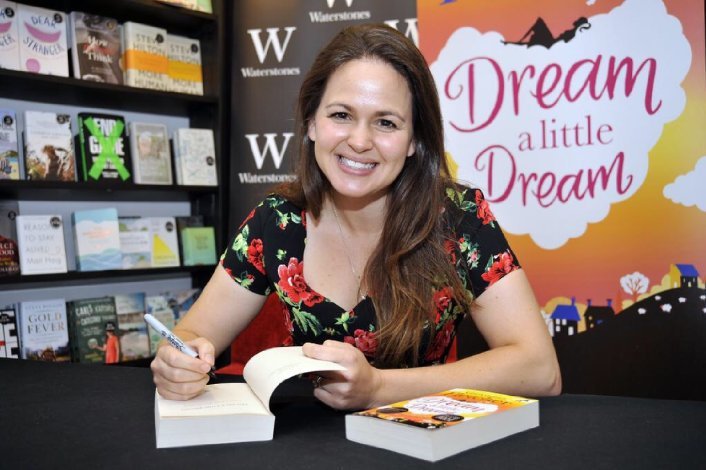 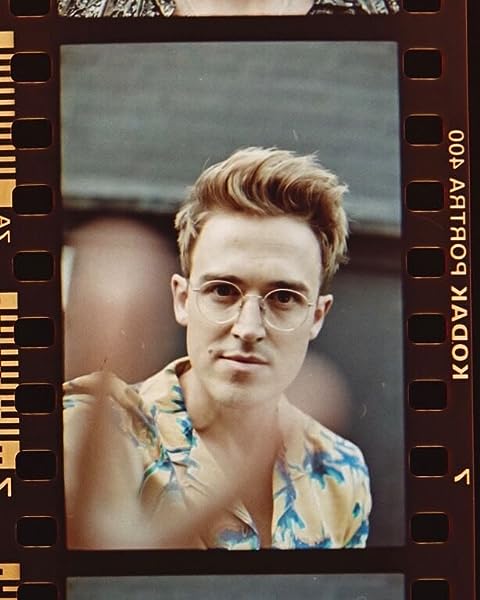 Page 1 of 1 Start overPage 1 of 1
Previous page
Next page
Start reading Eve of Man: Eve of Man Trilogy, Book 1 on your Kindle in under a minute.

Tom Fletcher is one of the UK's bestselling children's book authors. He has written the picture book There's a Monster in Your Book and the middle-grade novel The Christmasaurus. His books have been translated into nineteen languages. Before becoming an author, Tom wrote and performed songs with the band McFly. He also holds a Guinness World Record and has a YouTube channel with over 630K subscribers. Follow him at @tomfletcher.

Giovanna Fletcher is a bestselling author of adult fiction and nonfiction, an actress, and a blogger, vlogger, and presenter. She currently writes a weekly blog for Hello! Online and posts weekly vlogs on her YouTube channel. Follow her at @mrsgifletcher.

4.7 out of 5 stars
4.7 out of 5
1,326 global ratings
How are ratings calculated?
To calculate the overall star rating and percentage breakdown by star, we don’t use a simple average. Instead, our system considers things like how recent a review is and if the reviewer bought the item on Amazon. It also analyses reviews to verify trustworthiness.

Kindle Customer
5.0 out of 5 stars Brilliant
Reviewed in Australia on 4 January 2021
Verified Purchase
This book is a captivating dystopian future commenting on humans disregard for mother nature. Well put together with an impeccable balance between live, hope and suspense
Read more
Helpful
Report abuse

Caitlin
4.0 out of 5 stars Eve of Man - by Giovanna & Tom Fletcher
Reviewed in Australia on 22 June 2018
The book was well written and I couldn't stop listening. The narrators also did a wonderful job. I loved the voice of the person who narrated Bram, and the person who narrated Eve reminded me a little of the actress Natalie Dormer who plays Irene Adler in the TV show "Elementary".

My first question was how old is Holly? Eve was the first one born in fifty years, so where did Holly come from? This gets explained as Holly is a hologram type of program with 3 different sets of operators - one set being Bram and Hartman. Hartman also reminded me a little of Ron Weasley in the way that he spoke.

The way that Eve's situation was described reminded me a bit of the royals - having suitable partners chosen for you to pick from, the public watching in amazement and wonder, the tight security measures, the isolation you're forced into... I do feel sorry for the way Connor's first impression went though.

I did love the way that the Drop was described though and made me sort of wish I could jump into the book experience it for myself. In my mind, the Freevers also called themselves that as it's short for "the Free Eve-ers". It might not actually be, but I'm going to keep on thinking that as it sort of makes sense in my head.

The ending was so lovely too. A little cheesy, but still quite cute.
Read more
One person found this helpful
Helpful
Report abuse

TaraJane
5.0 out of 5 stars Can’t wait for the movie adaptation!!
Reviewed in Australia on 7 November 2018
Amazing, excited for books 2 & 3. Hopefully they turn this into a film!
Read more
Helpful
Report abuse
See all reviews

Shannon
5.0 out of 5 stars Beyond expectations and more
Reviewed in the United Kingdom on 14 October 2018
Verified Purchase
Being an avid Giovanna Fletcher fan, when I first heard about this book I was disappointed that it wasn't along the lines of her usual chick-lit, and didn't bother to look further into it. I assumed because it was co-written with Tom it would be more of a kids book. How wrong I was (and sorry Tom for the assumptions!). I'm so glad I finally gave this a try - finished it within a couple of days!

Love the plot - it reminds me of The Hunger Games/The Host/Divergent and the like (and would make an amazing film may I add - couldn't stop thinking that while reading). I really love that it is set in England (or an England you could expect to see if in 50 years no girls had been born haha). It is actually very believable in terms of what the human race has done to the world at the prospect of extinction - I like that it touches on aspects like that and pulls themes from the current world we live in. Really clever.

I can't wait to see what happens in the next book!! Hoping for a happy ending for Bram and Eve (but will have to wait for the THIRD book for that... very exciting), and there's SO MUCH I want to know that this book has teased at (I want to say so much more but won't give away any spoilers!). At 24 I might be slightly out of the target YA age range but if you love a semi sci-fi/love story/futuristic kinda book (again likening to The Huger Games and those like it) you will love this no matter your age!
Read more
31 people found this helpful
Report abuse

chimneyman
4.0 out of 5 stars Not quite what I expected
Reviewed in the United Kingdom on 13 April 2020
Verified Purchase
I became aware of this trilogy when the second volume became available and I decided to start with volume one. I usually enjoy stories which offer some serious consideration of what the future might look like and, despite the fact that this trilogy is written for a younger generation than mine, the reviews seemed to suggest that its appeal was actually much wider.

Sadly, I was disappointed. I think the idea that the series is an attempt to present a serious discussion of the human race’s failed attempts to prove itself superior to the laws and forces of nature is just a smokescreen for an out-and-out cat and mouse style of action thriller. For me, the book reads like an adaptation of a high-speed computer game complete with fantastically imagined characters and locations, stunning special effects and completely implausible sequences of events.

However, I have given it four stars because it is probably a masterpiece of its genre. Just don’t expect to have to engage much of your grey matter in order to enjoy it for what it is.
Read more
4 people found this helpful
Report abuse

queenbee
3.0 out of 5 stars Good reading although the story seems a little rushed in places.
Reviewed in the United Kingdom on 5 July 2018
Verified Purchase
I bought this book with quite high expectations and it mostly lived up to them.
Since I finished this book a few days ago I've thought about the themes of the story a few times which it would have floated out of my head by now if it was rubbish!

My criticisms of this book are in parts it seemed rushed. I read books as opposed to watching films so I can imagine and interpret the words, parts of this story were written about in detail and other parts rushed and glossed over which made the book a little unbalanced. I was hoping for a twilight style undying love and this didn't quite get there but I think this will develop in the next book.
Read more
10 people found this helpful
Report abuse

GadgetGirl
3.0 out of 5 stars Disappointed
Reviewed in the United Kingdom on 20 May 2019
Verified Purchase
I really fancied this book but, not normally one for writing reviews on books, I am disappointed. The story writing seems a bit amateurish to me and I found flaws almost straight away. Not much has happened really and I'm reluctantly a fair way along the book. I wouldn't recommend it. I can't make my mind up whether to bother finishing it!
Read more
6 people found this helpful
Report abuse

Sarah Briscoe
5.0 out of 5 stars One of the best dystopian novels I’ve ever read
Reviewed in the United Kingdom on 2 February 2019
Verified Purchase
Wow. Wow. Wow. Just wow. This book was so up my alley. I love dystopian novels. This was such a ‘this could happen’ ‘ what if this does happen’ book. It’s full of twists and turns. I’m full of questions and theories. Cannot wait for the next instalment. Well done Mr and Mrs Fletcher
Read more
6 people found this helpful
Report abuse
See all reviews
Back to top
Get to Know Us
Make Money with Us
Let Us Help You
And don't forget:
© 1996-2021, Amazon.com, Inc. or its affiliates