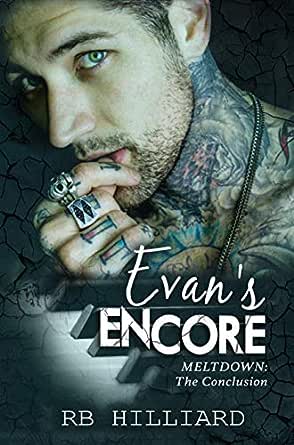 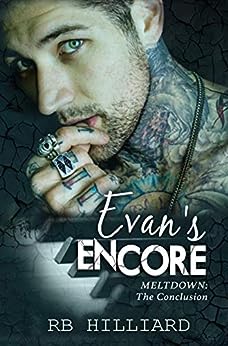 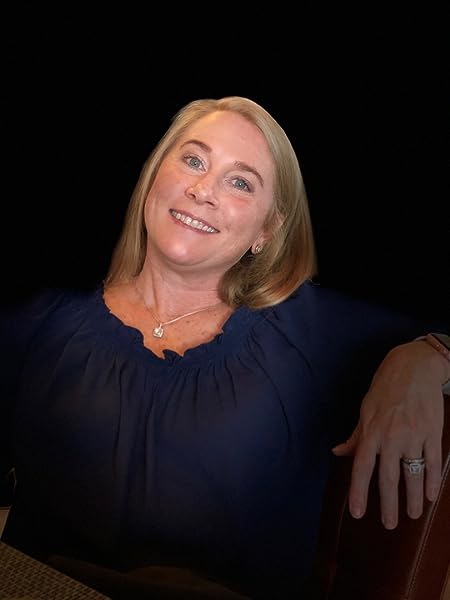 Tracey
TOP 500 REVIEWER
5.0 out of 5 stars The cover 🔥
Reviewed in Australia on 4 October 2018
Verified Purchase
I loved the series and Evans Encore was fantastic, it was great catching up with everyone a and glad the boys decided to regroup,
Quinn was so easy going and just fitted Evan perfectly, I can't believe what happened with Evans wife she really had some major issues, I am sad to see the series end but will definately read it again. Congrats on a great book.
Read more
Helpful
Comment Report abuse

Denise B
TOP 50 REVIEWER
5.0 out of 5 stars Fabulous Series
Reviewed in Australia on 11 January 2019
Verified Purchase
Four great stories and a fault us series. Lots do intrigue and suspense as well as great characters. Couldn't tell you which was my favourite of the four books they were all great. Highly recommend the Meltdown stories!
Read more
Helpful
Comment Report abuse

Nean
TOP 500 REVIEWER
5.0 out of 5 stars Rock Star and Country
Reviewed in Australia on 11 October 2018
Evan’s marriage was finally over, he didn’t love her anymore and she never made his life easy. He moved in with Quinn, she needed a tenant and he needed somewhere to live, that didn’t involve people judging him, so he moves in with Quinn who had a room available.
Quinn was still broken, and keep her feelings hidden, but she had a new roommate, her hot rocker and secret fantasy.
When Evan gets more information about he’s ex-wife, and he’s sure she broke into Quinn’s but can’t prove it, misunderstanding him, Quinn says she’s sorry about his wife, that she’s sorry he’s hurting, and he loves her, Evan makes sure to set her straight, he loved his wife, they both feel what’s between them, he’s married but when he’s not he’s coming after her.
Quinn learns more about Evan’s childhood, the intensity she felt for Evan, she’d never felt before, when he offers his hand, she remembers her daddy saying if you want something take it and she wanted Evan, and, hoped he could work through his past without her heart breaking, after what happened before could she take the chance again.
Evan know he needed to make his past from affecting his future or there would be no chance with Quinn and he wanted her more than he had ever wanted anything in his life, can he fix, everything and he’s trust issues before he loses the one person he wants.
Read more
Helpful
Comment Report abuse

Angela
2.0 out of 5 stars Disappointed
Reviewed in Australia on 10 October 2018
Had enjoyed the series but this felt like a forced story. Nothing about Quinn was authentic either in her choice of friends or decision to withhold information. Evan deserved better and smarter. Sorry RB....
Read more
Helpful
Comment Report abuse
See all reviews

Kerry Fletcher
5.0 out of 5 stars Amazing conclusion to an amazing series!
Reviewed in the United Kingdom on 7 October 2018
Verified Purchase
I'm so in love with this series it's not funny! I'm really sad it's at an end.

Evan was late joining Meltdown but you always got this happy vibe off him. Little did we know about his home life but the little bits we got you knew his happy was a facade.

His life has fell apart and he doesn't want anyone to know about it. The band are taking a break and after one tour Evan is gutted. He doesn't want his band mates knowing whats going on as they all have their own problems to deal with. He confides a little to his brother Ehran but he just needs some time. He heads out to the only place he can and takes up the offer of a house share with a woman he barely knows but who caught his attention from the get go. Quinn.

Quinn runs her late fathers bar which is pretty much her life. Her mother left town after her fathers death so it's all she has. With her best friend working with her she's reasonably happy though. Then one night Evan enters her bar. He's rude to her but his eyes draw her in. He later apologizes and he opens up something inside her. Her life spills from her lips when shes usually very guarded. Somehow she ends up offering him a place to stay and when he accepts she's not sure she's done the right thing.

Evan moves in just as his problems come to a head. She finds herself falling for a man she shouldn't. He finds himself more and more enamored with Quinn and decides once his life is sorted he's coming for her. But of course it's not that easy. Quinn finds herself caught up in his ex's lies. Evan needs to find out the truth of his 9 year marriage before he can move on. They both find themselves trying to dodge lies while they try to build a friendship. Can the lies tear them apart or can the connection they have pull them through to the happy ending they both deserve.

Be still my heart!!! I bloody love these two so much!!

Evan has always had a little piece of my heart. He's funny and kind and just a decent guy. He's also humble. His talent is obvious but he's a little insecure about it and this made me fall for him all the more.

Quinn is just beautiful. I loved her soul and the way she is with people even when they're being mean to her she just answers them with a smile. Her euphemisms they were so funny i found myself waiting for the next one to pop out of her mouth!!!

The two of them together made my heart soar!! They were so sweet. Both of them skating around each other until they couldn't stand it anymore. Once the green flag was waved all bets were off! Their chemistry was amazing! You could actually feel their connection as though it was yours.

The storyline was brilliant. I mean a divorce isn't that great of a tale but the spin this author put on it and the complicated web that was unraveled was brilliant!! Kudos to the author for thinking it up and connecting the dots! That seriously couldn't have been easy! I was gripped. I couldn't see what was going to happen and it played out perfectly.

Evan's ex actually made my blood boil. The things that went on and the manipulation she pulled on him i seriously wished she were real so i could tear her a new one!! Grrrrrr she honestly made me furious. But, i love that! It shows the talent of an author if they can make you feel this for the bad guy while simultaneously making you fall in love with the leads.

This whole series has been brilliant and i highly recommend them all. Each main character will take a piece of your heart with them. LOVE!!!!!
Read more
Report abuse

Zena Foster
5.0 out of 5 stars Great ending to this series
Reviewed in the United Kingdom on 22 November 2018
Verified Purchase
I love this author, you escape into her books easily, she builds great characters and realistic storys.
Evan is Meltdowns newest member but you don't really find out much about him in the previous books in the series. This makes you curious to find out his story.
He's a rock star but not as you know it, when he meets Quinn he has an instant attraction but doesn't act on it. Quinn has no idea who Evan is but she also feels an attraction that she doesn't act on. Things develope which brings them together but do the sparks fly? You'll have to buy the book to find out!! You won't be disappointed.
Read more
Report abuse

MLM 66
5.0 out of 5 stars Everything happens for a reason.!!
Reviewed in the United Kingdom on 20 October 2018
Verified Purchase
Loved reading Evan Walker’s story, we knew he had some issues with his marriage but nobody not even Evan could predict what his wife Mandy had been doing and still doing but it all led to Quinn Kinley.
Beautiful story.!!
Read more
Report abuse

Crystal
5.0 out of 5 stars Evan & Quinn
Reviewed in Canada on 5 October 2018
Verified Purchase
Evan's Encore is the final book in the Meltdown Series. I was so happy to read Evan's and Quinn's story. It was so good and it has drama, suspense, humor, and hotness. The characters were developed, and likeable. Their banter made me laugh, and they had sizzling chemistry. I loved seeing the other bandmates and their girls. I'm sad this is the end of the series, as I enjoyed the stories and loved the characters.
Read more
Report abuse

Kimberly
5.0 out of 5 stars Best of the series
Reviewed in the United States on 3 October 2018
Verified Purchase
First if you haven’t read the rest of the Meltdown series I highly suggest you do so. You will not regret it.

Evan and Quinn....where to start? He’s a seriously hot, sexy, talented rockstar....who wouldn’t love that right? But there’s more, he’s genuine and loyal and he’s just found out the last decade of his life has been a lie...What?!!

I want to say so much more about this story, about the crazy ex, about the friend who becomes more than a friend, about the humor, the struggles and of course the sizzle (lots of sizzle) but that would ruin it for you. So I will say that this story had all the things I love about RB Hilliard’s books. She’s got strong intelligent women, extremely sexy equally strong men and villains you love to hate. She also keeps you guessing about what’s going to happen next as the layers of the story unfold.

This is the last book in this series and I don’t think my review will do it justice but the entire series from beginning to end was incredible and this book as sad as I am for it to be the end might have been the best one yet.
Best read ever.
Read more
Report abuse
See all reviews
Get FREE delivery with Amazon Prime
Prime members enjoy FREE Delivery and exclusive access to movies, TV shows, music, Kindle e-books, Twitch Prime, and more.
> Get Started
Back to top
Get to Know Us
Make Money with Us
Let Us Help You
And don't forget:
© 1996-2020, Amazon.com, Inc. or its affiliates