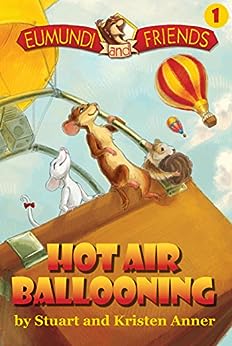 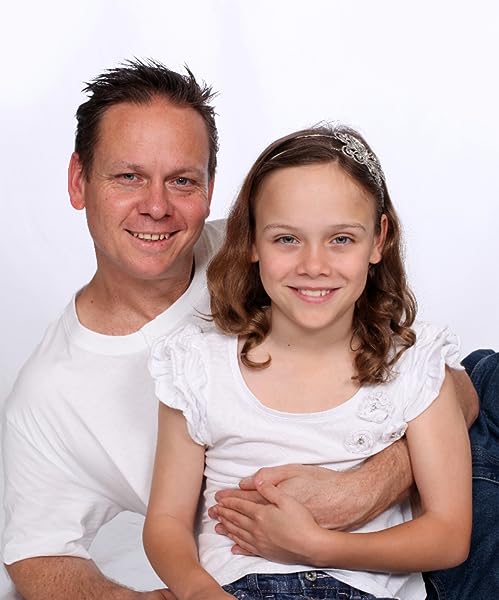 4.2 out of 5 stars
4.2 out of 5
48 global ratings
How are ratings calculated?
To calculate the overall star rating and percentage breakdown by star, we don’t use a simple average. Instead, our system considers things like how recent a review is and if the reviewer bought the item on Amazon. It also analyses reviews to verify trustworthiness.

Jennifer
TOP 10 REVIEWER
5.0 out of 5 stars ‘Tell me, Julia - what brings a luxurious mouse like you up here today?'
Reviewed in Australia on 21 July 2015
Verified Purchase
When Rosemary Anner invited me to look at ‘Eumundi and Friends: Hot Air Ballooning’ I couldn’t resist. Eumundi Mouse is a very adventurous young Australian mouse, and her stories are told by father and daughter team Stuart and Kristen Anner and beautifully illustrated by Cristina Birtea.

This is a picture book, intended for children aged between 7 and 9. I think that some younger children would enjoy the story as well, but I’d be careful not to encourage aspiring young hot air balloonists. I mean, if a mouse can take off in a hot air balloon, just imagine what a child could do?
Eumundi and her new friends Hammy and Julia set off – somewhat inadvertently – in a hot air balloon. It’s an adventure with, after plenty of excitement, a happy ending.

I read this on my Kindle Paperwhite which means that, unfortunately, I didn’t get to fully appreciate the coloured illustrations. The illustrations look wonderful on the Kindle application on my PC, but I’d be inclined to buy the paper version for a gift.

So far three Eumundi and Friends stories have been published, and more are on the way!

Meilan Gao
5.0 out of 5 stars I thoroughly enjoyed reading it
Reviewed in Australia on 15 December 2014
Verified Purchase
It caught my attention right from the beginning of the story and I could not put it down. I thoroughly enjoyed reading it! I like the describing words,the plots, the cute characters and important message it delivers. My favorite message is “Life is an adventurous journey you have to live it to the full! We have to make the most of every opportunity that comes our way.” Well done! I look forward to your next book!!!
Read more
Helpful
Report abuse

Gerarda Mader
5.0 out of 5 stars Wonderfully written and beautiful illustrations.
Reviewed in Australia on 25 November 2014
Verified Purchase
What a fabulous adventure from a gorgeous character. Wonderfully written and the illustrations of Eumundi and friends are beautiful. I am looking forward to the next adventure. Gerarda Mader- Author of Women's Assertiveness and self Defense series.
Read more
Helpful
Report abuse

Terri
4.0 out of 5 stars Eumundi and Friends - Hot Air Ballooning
Reviewed in Australia on 30 July 2015
I love the clear colours of the illustrations that accompany this story they really bring the story to life

The story of Eumundi mouse and her first adventure is a treat to read and I can imagine my younger nieces and nephews cheering Eumundi on as she finds her way safely in and out of many more adventures.

Thank you to the authors for providing a colourful, easy to read book!
Read more
Helpful
Report abuse
See all reviews

Richard and Liz
4.0 out of 5 stars ~~ Mice (and a hamster) in a hot air balloon ~~
Reviewed in the United States on 17 July 2015
Verified Purchase
Eumundi (You-MUN-dee) Mouse is excited as this is the day she is going hot air ballooning. Which one has she booked for her adventure? Why the "Wheel of Cheese" of course! Who's traveling with her? A well groomed white mouse named Julia.

Whilst waiting for the pilot, Eumundi suddenly realizes that the balloon has come untied! Up they go! Will Eumundi try to get them down? Oh no, she's ready for fun! Who do they find hiding in the picnic basket? How are they going to land when Eumundi finally says it is time. This book has a definite ending but is also left open for the next adventure.

This is a well written and illustrated book for independent readers or as a read aloud. It is written in Australian English so you will see the word "coloured" instead of "colored". The start of the storyline is not that original BUT it is still a fun book for youngsters to enjoy.
Read more
2 people found this helpful
Report abuse

J. Tant
5.0 out of 5 stars Charming story
Reviewed in the United States on 5 August 2015
Verified Purchase
Note - I received a request from the author to review this book during a promotional period.

I first have to thank Stuart and Kristen Anner for putting in the first chapter the proper pronunciation for Eumundi. It's "You-MUN-Dee," in case you're interested. Believe me, when you start reading this book to your four year old, you want to have the pronunciations down immediately.

Now then, I have to say this is a rather charming story, just right for the target audience. There are parts where the humor is, well...here, let me give an example. One part is where Eumundi and Hammy (a friend) are trying to figure out how to get the hot air balloon to come back to earth. Eumundi says they need to let out some hot air, and, quote, "Hammy lets out some hot air of his own." Hilarity ensues as, well, P.U. Anyway, reasonable people may disagree, but my kid thought this was hilarious.

So for me, this is a solid kids book. This is not a picture book, in that it isn't lavishly illustrated, but the illustrations that are present are very well done and appropriate. I need to say that, more and more, I've come to appreciate children's stories where the words paint the pictures instead of being captions to a ton of illustrations. To be sure there can be a fine line, but if it's going to be crossed I'd rather it be crossed in favor of words than pictures.

Wendy Owen Reviews
5.0 out of 5 stars Another One For my Grandkids
Reviewed in the United States on 26 November 2014
Verified Purchase
This is a story of a little mouse who has more than her fair share of enthusiasm! Eumundi mouse and her friends float off in a hot air balloon by mistake. What will happen next? Will they be able to get back down safely?

A delightful adventure story for children of all ages, beautifully illustrated.

The moral of this story seems to say, "Life is an adventure. Make the most of every opportunity!"

My grandkids and I eagerly look forward to the next Eumundi story.
Read more
4 people found this helpful
Report abuse

long distance daughter
3.0 out of 5 stars Not my kind of book I guess.
Reviewed in the United States on 10 September 2016
Verified Purchase
I thought this would be a fun book for my granddaughter, but it is very long and it really didn't hold her interest or mine. I think the Eumundi series may have been intended for an older audience similar to the "Geronimo Stilton" series but I wasn't able to find Eumundi easy to follow. Perhaps I'm not the intended audience or I should try it when I am older.
Read more
Report abuse

AmazonCustomer
5.0 out of 5 stars Up up and away!
Reviewed in the United States on 24 November 2014
Verified Purchase
Eumundi and his friends are simply delightful! This fabulous hot air ride is fun. The illustrations are really beautiful. Eumundi and Julia are mice who take off on a balloon ride without a pilot. They do have a fabulous food basket and a fun stowaway friend. Eumundi takes control of this fun journey! Highly recommend this fun story for kids. I am waiting for more Eumundi!
Read more
2 people found this helpful
Report abuse
See all reviews
Back to top
Get to Know Us
Make Money with Us
Let Us Help You
And don't forget:
© 1996-2021, Amazon.com, Inc. or its affiliates