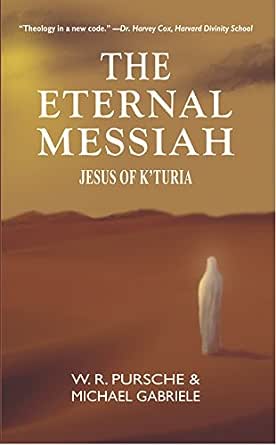 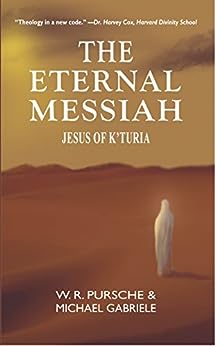 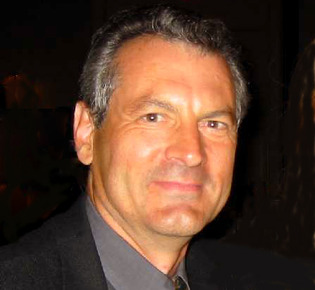 In the distant future, humans have traveled throughout the universe. The long awaited Second Coming is at hand.

The appearance of Jesus is a true Epiphany for many. Yet some still do not believe, while others learn about Jesus for the first time.

This will be the ultimate test of faith.
click to open popover

GraceKrispy (MotherLode blog)
4.0 out of 5 stars Worth the read
25 September 2011 - Published on Amazon.com
Verified Purchase
A modern take on an age-old theme, this story is set on an inter-planetary stage, giving it a distinct sci-fi feel. The writing style kept my interest throughout the book, and I found myself engaged and entertained the entire way through. There are several main characters in the story, and each is defined enough to give the reader a sense of motivation and purpose. Having the characters originate from different planets was really a great way to highlight some of the unique strengths and weaknesses of each character as well. I particularly liked the character of I'Char, although I felt he was the most mysterious and least defined. I felt his nebulous definition was purposeful, and that made him even more interesting to me.

Initially, the story seemed to focus on the plan of the Lemian Empire and the needs of the League, but you are soon introduced to a mysterious, more developed race, the Rheans, who seem to have a master plan of their own. When everyone made it to K'Turia, the focus seemed to shift towards this mysterious insurgent named Jesus. For me, that is when the story really became interesting. Raised with a solid background of Christian values, I found it fascinating to essentially watch Jesus gather his followers and proceed to say and do things that mirrored the story as told in the Bible. Having this story set on a different planet with different types of resistance was a clever way to retell the tale. As a reader, I felt much as Prentiss did- I had a good idea of where we were headed, but I was powerless to stop it.

Although I really enjoyed the story of Jesus of K'Turia, it felt somewhat disjointed to me. The beginning, for me, didn't really match the meat of the story. Krelmar was brought to the planet for one purpose, Win and his crew were brought there for another, the Rheans were watching from afar, and then the story of Jesus took over and became the main idea. It felt like there were all these competing storylines. I understand, or I think I do, how they all did fit together, but I think a simpler take would have led to a much stronger and more powerful story. The competing threads muddled what I thought was a gem of a storyline. In particular, I think either the Lemians or the Rheans were one storyline too many. Leaving the Rheans out or minimizing the information about the Lemians would have been preferable for me. I think the main part of the story was strong enough to stand on its own, without the higher, more advanced set of beings providing the "set up," or without the background information and focus on the Lemian cause.

This story has a very strong Christian theme, and some parts were heavier into that message than I generally prefer, but it has great crossover appeal to those who are fans of science fiction in general. I felt the extra explanations of things were too much; perhaps because it's information I already knew, and I was looking at this story as a form of entertainment and not an opportunity to explore the basis of Christianity. Other readers might want to read it for a different purpose. Overall, I found it a clever way to retell Jesus' story while engaging readers from all backgrounds. The transformations experienced by Prentiss and Win were nicely written and provide food for thought. Regardless of your own beliefs, I think this story is certainly worth the read.

Lanell Harrington
5.0 out of 5 stars Illuminating!
17 January 2019 - Published on Amazon.com
Verified Purchase
I was greatly pleased by this book. It was refreshing to read sci-fi that also told the story of Jesus. Very thought provoking.
Read more
One person found this helpful

Sue H
3.0 out of 5 stars Interesting Concept
27 March 2019 - Published on Amazon.com
Verified Purchase
This book has an interesting concept of what if Jesus showed up on other worlds to the people living on them. Is it the same Jesus as we have here on Earth? This book has both religious themes as well as war among the species. Worth taking the time to read.
Read more

Christopher H. Johnson
5.0 out of 5 stars spiritual space fiction
21 April 2010 - Published on Amazon.com
Verified Purchase
Bill Pursche and Michael Gabriele have succeeded in writing a compelling drama that combines a compelling plot, credible characters and eternal themes of good and evil, all woven into a morality tale that captures many of the dilemmas that confront each of us today, in the context of a hierarchy of levels of moral enlightenment exemplified by competing civilizations. The compromises to which we are too often reduced in confronting evil can bring us down spiritually, while the choices that honor God can bring us down materially. Do we fight fire with fire in the realm of the real, or turn the other cheek in the ether of the Gods? Both options are presented in civilizations that have achieved differing levels of consciousness, and the path from the base to the ethereal appears in mortal form accessible to all, for a second time in history. Our protagonists' struggles differ only in milieu from our own, and all can grow from applying their lessons to our own lives. All problems are psychological, while all solutions are spiritual. A pleasure to read, and a stimulus to spiritual growth!
Read more
One person found this helpful

Donna R.
4.0 out of 5 stars Didn't realize it was basically science fiction until I was into it.
28 December 2013 - Published on Amazon.com
Verified Purchase
The book was well written. The author evolved a complex cast of characters. The basic assumption I made was that belief in God is perhaps interstellar as well as on earth. I found it to be somewhat spiritual book and thought provoking at the same time. I enjoyed it but was able to put it down and pick up without difficulty.
Read more
2 people found this helpful
Go to Amazon.com to see all 22 reviews 4.0 out of 5 stars
Get FREE delivery with Amazon Prime
Prime members enjoy FREE Delivery and exclusive access to movies, TV shows, music, Kindle e-books, Twitch Prime, and more.
> Get Started
Back to top
Get to Know Us
Make Money with Us
Let Us Help You
And don't forget:
© 1996-2020, Amazon.com, Inc. or its affiliates