Esther and over 1.5 million other books are available for Amazon Kindle . Learn more
Share <Embed> 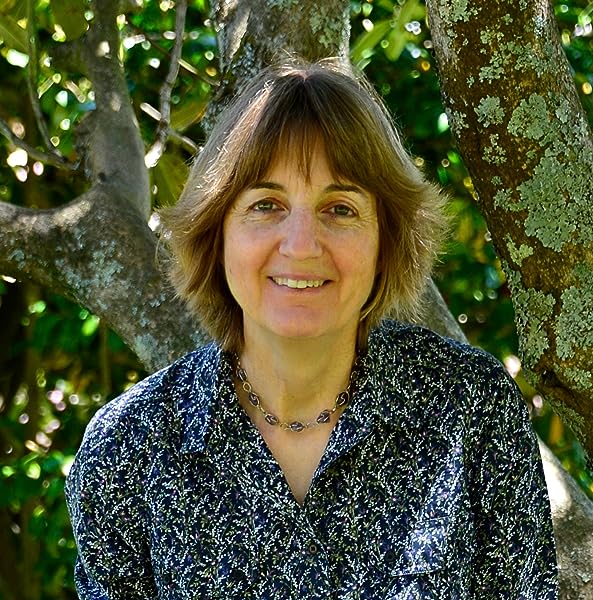 Esther: The extraordinary true story of the First Fleet girl who became First Lady of the colony Paperback – 1 April 2019

Releases February 16, 2021. Pre-order How to Avoid a Climate Disaster now with Pre-order Price Guarantee.
If the Amazon.com.au price decreases between your order time and the end of the day of the release date, you'll receive the lowest price. Order now
click to open popover
Start reading Esther on your Kindle in under a minute.

Jessica North has been researching Esther's story for over a decade, discovering intriguing new information. She is a program director at the Australian Research Institute for Environment and Sustainability at Macquarie University, and author of several guides.

4.3 out of 5 stars
4.3 out of 5
38 global ratings
How are ratings calculated?
To calculate the overall star rating and percentage breakdown by star, we don’t use a simple average. Instead, our system considers things like how recent a review is and if the reviewer bought the item on Amazon. It also analyses reviews to verify trustworthiness.

margaret miller
3.0 out of 5 stars IF EARLY HISTORY IS NEW TO YOU
Reviewed in Australia on 7 September 2020
Verified Purchase
I UNDERSTAND THIS TO BE A CAREFULLY WELL WRITTEN BOOK OF AUSTRALIA INCLUDING THE FIRST FLEET OF SETTLEMENT AND IF THIS IS SOMETHING NEW TO THE READER REALLY GOOD
HOWEVER IF ONE IF FAIRLY WELL INFORMED WITH REGARD TO THIS HISTORY SOME WHAT BORING

Gregory J McKay
5.0 out of 5 stars An incredibly well researched history
Reviewed in Australia on 21 May 2019
Verified Purchase
This account of Esther and her journey provides a fascinating insight into the first 20 or so years of Sydney Cove, now the vibrant and bustling city of Sydney. Equally incredible, is that Esther’s story is true, and hitherto largely unknown. The account provides great detail on the survival of the colony and it’s early inhabitants, and through that, the origin of suburb names and so on. It is well worth continuing to the Chapter Notes, which are a story in themselves.
Read more
Helpful
Report abuse

sheila k. Patterson
5.0 out of 5 stars Very Interesting
Reviewed in Australia on 26 September 2020
Verified Purchase
I enjoyed the book as i love history, would have liked to know more about Johnson and some of his colleague's
Read more
Helpful
Report abuse

Jessica Callan
5.0 out of 5 stars Thankyou
Reviewed in Australia on 4 January 2020
Verified Purchase
as the fifth great grandaughter of Esther and George, this account of our own family history has been amazing to read. Thankyoufor giving us this beautiful glimpse into Esthers life.
Read more
Helpful
Report abuse

Tash Heap
5.0 out of 5 stars A fabulous read!
Reviewed in Australia on 26 July 2019
Verified Purchase
This book is well researched and written and an absolute joy to read! I couldn’t put it down.
Read more
Helpful
Report abuse

Erossi
5.0 out of 5 stars A true heroine
Reviewed in Australia on 24 July 2019
Verified Purchase
A wonderful historical novel to remind us of our beginnings!
Read more
Helpful
Report abuse

Jennifer Cameron-Smith
TOP 10 REVIEWER
4.0 out of 5 stars ‘Esther was travelling with over a thousand other people to an unknown future in an unknown land.’
Reviewed in Australia on 11 June 2019
Esther Abrahams was aged only 16 when, in 1786, she was sentenced to transportation to Australia for stealing 24 yards of black silk lace. She was transported to Botany Bay as part of the First Fleet in 1788. Over time Esther rose to become one of the most prominent women in the colony.

Once on shore, Esther became the servant of first lieutenant George Johnston. Over time they became lovers. And when George Johnston became Lieutenant-Governor of NSW after the Rum Rebellion deposed Governor William Bligh in 1808, Esther was the leading woman in the colony for a period of seven months. In the 1828 census, some five years after the death of George Johnston, she appeared as a free settler in possession of 2460 acres (996 ha).

Ms North undertook her research for this book over a period of ten years, after first encountering Esther in a book about women in Australian history. The paragraph said that Esther had been a convict on the First Fleet and had later become First Lady of NSW. Ms North was intrigued: she thought that she would have heard of Esther if this was true.

While Ms North documents the known facts of Esther’s life from a number of different sources, little is known of her origin. She was tried in the Old Bailey as ‘Esther Abrahams’ but by the time of her marriage to George Johnston in 1814 she was known as ‘Esther Julian’. During her trial she was represented by a barrister, which was unusual at that time, and three people appeared in court to declare that she was of very good character. We do know that she was Jewish, she was convicted of stealing 24 years of black silk lace valued at 50 shillings, that she was sentenced to be ‘transported beyond the seas for seven years’, and that she was pregnant.

Marg
5.0 out of 5 stars A fascinating story, thoroughly researched
Reviewed in Australia on 21 May 2019
An engaging, true story of colonial Australia, and of a courageous woman convict who rose above her 'place', with wisdom and grace. I particularly commend the author for her critical research and the way she has intertwined indisputable historic fact with creativity.
Read more
Helpful
Report abuse
See all reviews

Amazon Customer
5.0 out of 5 stars That it's a true story of Esther's life.
Reviewed in the United Kingdom on 3 January 2020
Verified Purchase
An amazing story of love and courage in another age.
I highly recommend it.

Viola Raikhel
5.0 out of 5 stars Beautiful
Reviewed in the United States on 18 January 2020
Verified Purchase
A beautiful story set against a brilliant historical account of the time. Bravo Jessica North
Read more
Report abuse
See all reviews
Get FREE delivery with Amazon Prime
Prime members enjoy FREE Delivery and exclusive access to movies, TV shows, music, Kindle e-books, Twitch Prime, and more.
> Get Started
Back to top
Get to Know Us
Make Money with Us
Let Us Help You
And don't forget:
© 1996-2020, Amazon.com, Inc. or its affiliates