$22.14
+ $5.63 delivery
Sold by: SuperBookDealsAU
Flip to back Flip to front
Listen Playing... Paused   You're listening to a sample of the Audible audio edition.
Learn more
See all 2 images 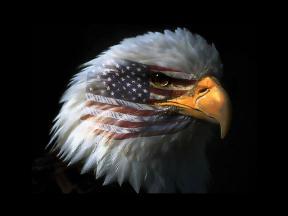 4.7 out of 5 stars
4.7 out of 5
380 global ratings
How are ratings calculated?
To calculate the overall star rating and percentage breakdown by star, we don’t use a simple average. Instead, our system considers things like how recent a review is and if the reviewer bought the item on Amazon. It also analyses reviews to verify trustworthiness.

Michael Holt
5.0 out of 5 stars We all need to read this book
Reviewed in Australia on 9 March 2020
Verified Purchase
For anyone who wants to know what English Common Law is and how it works in all Commonwealth countries (including the USA), this is the book to have. It's clear, concise, and packed with information we all need to know if we are going to take back control of our Governments from the NWO traitors.
Read more
One person found this helpful
Helpful
Report abuse

Peter Cross
4.0 out of 5 stars A Good Read & Comprehensive on The Topic
Reviewed in Australia on 16 April 2021
Verified Purchase
Arrived Yesterday from The USA. Clearly Written And Quite Comprehensive on First Look !... Concept As Good but Need some Local Adaptation For “Aussie Customs & Conditions” ....
Easily RECOMMEDED !
Read more
Helpful
Report abuse

Frances Smith
4.0 out of 5 stars Your rights
Reviewed in Australia on 6 September 2020
Verified Purchase
I used this for knowledge
Read more
Helpful
Report abuse
See all reviews

Matloub Husayn-Ali-Khan
5.0 out of 5 stars Common Law does harm to no-one and is a threat to the Vested Interests in society!
Reviewed in the United Kingdom on 18 January 2021
Verified Purchase
Found this short Common Law Community Training Manual by Rev Kevin D. Annett and David E. Robinson very useful and inspirational and as many of us may know that Common Law in basically natural law: ‘All things exist and are held in common and the Law does harm to no-one, (Actus Regis Nemini Facit Injuriam) arising from the ‘ Ten Commandments and God’. As well as the famous phrase by Jean Jacques Rousseau: ‘Man is born free, yet everywhere he is in chains. Interestingly, the manual mentions the resignation of Pope Benedict, Joseph Ratzinger, was found guilty by the International Common Law Court of Justice (ICLCJ) for Crimes against humanity: aiding child raping priests and child trafficking. This provoked his resignation on 11th February 2013.

In summary, many people over the years have experienced injustice at the hands of NHS, courts, police, schools, banks, and social services. As citizen’s, many of us need to examine and use the Common Law based judicial system. Hence, nothing should stop us coming together in our local communities to convene a Common Law Court in full law full legitimacy. As a collective, all of us, are capable judging and sentencing any organisation, business or individual fairly regardless of the status they hold in society. The Common Law Court has the advantage of not having any ulterior motives when judging or sentencing and this system is much fairer than current judicial system based on vested interests of corporations, governments, and very wealthy individuals. Ultimately, the sentencing within the Common law framework means that those sentences/judgements are enforced by the local community members acting as peace officers who are sworn agents of the court directed by the court appointed staff. This particular perspective will usually be viewed by the mainstream media and the wider legal profession and law enforcement agencies as: ‘taking law into your own hands’ is a violation of civil order and tantamount to “anarchy” Yet, they conveniently forget that: for citizen’s ‘to judge legal matters for themselves is the highest civic virtue and cornerstone of true democracy’, according to the Athenian law maker Solon (630 – 560 BC). However, this principle is borne out by the legal requirement to attend jury service in the UK and non-attendance can mean financial penalties unless you have a valid reason for not attending!

The manual has some very practical advice from the many ancient pioneers of international law including 40 key strategy and tactics taken from Sun Tzu, a Chinese Strategist, Philosopher, and writer (BC 544-496 BC). Examples like: ‘Know your enemy and know yourself; subdue the enemy without fighting; avoid what is strong, attack what is weak, and these three main principles are intertwined like braided strands of hair.

This is a must read book and is highly recommended to read alongside “Our Corrupt Legal System” (Why Everyone Is a victim – Except Rich Criminals), by Evan Whitton and The UCC Connection: How To Free Yourself From Legal Tyranny Paperback, by David E. Robinson.
Read more
20 people found this helpful
Report abuse

Gavin
5.0 out of 5 stars Good book
Reviewed in the United Kingdom on 3 November 2020
Verified Purchase
An interesting short book which unfortunately was not quite what I wanted. It explains the processes of setting up and using a common law court which to be honest I don't think would be a realistic prospect unless you were really didicated and had a lot of legal advice on hand.
I was looking for something that explains English common law and how it can be used today. Any suggestions would be appreciated.
Read more
16 people found this helpful
Report abuse

wayne1983
5.0 out of 5 stars Good to know about your rights
Reviewed in the United Kingdom on 3 February 2021
Verified Purchase
This book is very interesting for those who dont know about common law. I didnt till recently, but with all the corruption in 'statute law' (government), i have reclaimed my rights by registering my birth certificate under common law, i suggest you buy this book.
Read more
14 people found this helpful
Report abuse

Yvonne Anker - Berglie
5.0 out of 5 stars FANTASTIC MATERIAL
Reviewed in the United Kingdom on 15 August 2020
Verified Purchase
Kevin Annette is an amazing human and through they years he showed his strength in many way, although he was persecuted so many times by evil people. His fight for children will go down in history as the fight of a hero.
Read more
16 people found this helpful
Report abuse

Robert John Montague
5.0 out of 5 stars I would recommend purchasing the UCC Connection
Reviewed in the United Kingdom on 9 April 2017
Verified Purchase
This book reminds us of how law should be practiced at every level in our society. I would recommend purchasing the UCC Connection, How to free yourself from legal Tyranny as these books are beautifully explained in simply language that the average man or woman can understand.
Read more
29 people found this helpful
Report abuse
See all reviews
Back to top
Get to Know Us
Make Money with Us
Let Us Help You
And don't forget:
© 1996-2021, Amazon.com, Inc. or its affiliates