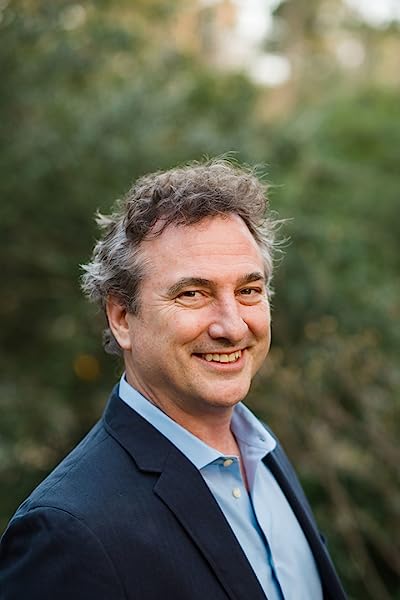 Essentials of Cultural Anthropology: A Toolkit for a Global Age Paperback – 27 November 2017

by Kenneth J. Guest (Author)
4.4 out of 5 stars 405 ratings
See all formats and editions
Sorry, there was a problem loading this page. Try again.

Kenneth J. Guest is a professor at Baruch College and the author of God in Chinatown: Religion and Survival in New York's Evolving Immigrant Community (2003). His research focuses on China, New York City, immigration, religion, and transnationalism. He has conducted fieldwork in China and the United States.

4.4 out of 5 stars
4.4 out of 5
405 global ratings
How are ratings calculated?
To calculate the overall star rating and percentage breakdown by star, we don’t use a simple average. Instead, our system considers things like how recent a review is and if the reviewer bought the item on Amazon. It also analyses reviews to verify trustworthiness.

Mommio
1.0 out of 5 stars If you're a communist, you'll love this book.
Reviewed in the United States on 30 July 2019
Verified Purchase
If you're a marxist or communist, this book will solidify how wonderful those systems of omnipotent governments are. If you're a college student forced to read this garbage, pleaae be awate that it's garbage. If you're anyome else, don't waste your money on this tripe. Don't waste someone else's money on this tripe either.
Read more
12 people found this helpful
Report abuse

Zia
4.0 out of 5 stars What's new in the second edition
Reviewed in the United States on 3 February 2018
Verified Purchase
What’s New in the Second Edition

Reflecting the dynamic nature of cultural anthropology, this new, second edition of Essentials of Cultural Anthropology: A Toolkit for a Global Age includes revisions and updates to every chapter that introduce cutting edge developments in the discipline, new theoretical frameworks, and new ethnographies. New chapter openers and examples continue the book’s pedagogical approach to engage students in thinking like an anthropologist and provide them with an anthropological toolkit for analyzing and engaging the world around them.

NEW CHAPTER ON ART AND MEDIA A new chapter on art and media explores the unique approach anthropologists take to the study of art, the many ways in which art reflects and transforms culture, and the ways in which globalization and new forms of media are transforming art and its dissemination. Through ethnographies of Brazil, west Africa, the Middle East, and the United States, the chapter explores how art is embedded in communities, how it connects to social norms and values, as well as economic and political systems and events.

NEW ETHNOGRAPHIES ADDED THROUGHOUT THE TEXT Ethnographies are at the heart of anthropological inquiry. This edition introduces new ethnographies set in places including: Bolivia, Brazil, Denmark and Sweden, Egypt, Eritrea, India, Japan, Taiwan, the United States, and Tanzania.

• The environment and climate change. Humans are reshaping the natural environment, leading scholars to rename the current geological period the Anthropocene. The book’s focus on the environment begins in chapter one with a new section on the Anthropocene, and ethnographies and explorations of current issues and events throughout the book, including: A Coca-Cola bottling factory in India; water crises in Flint, Michigan and Mumbai, India; environment and health disparities in Harlem; and climate activists in Bangladesh, Paris, and U.S. college campuses.
• The anthropology of the body. Cross-cultural anthropological studies have challenged the notion of the body as isolated, natural, and universal and revealed a more complex picture of human bodies as products of specific environments, cultural experiences, and historical contexts. In addition to discussion of health and illness, the second edition adds new material on sickness.
• Disabilities. Anthropology’s increasing attention to the body has been accompanied by a recent expansion of work on issues of disability. Anthropologists have begun to bring their distinctive ethnographic methods to the task of understanding the embodied experiences of people with impairments and analyzing those experiences within broader forms of social inequality. New content has been added in chapters on Health, Illness, and the Body and Sexuality.
• The anthropology of food. Always central to anthropological studies, food has received increased attention in recent years. The anthropology of food is explored throughout the book, including food production; food and colonialism; religious symbolism of food; water and inequality in Flint, Michigan and Mumbai, India; soda bottling; the social life of a chocolate bar; the global trade in tuna; food and ethnic identity; migration of Chinese restaurant workers; and a new chapter opener on the Happy Meal.
• Anthropology’s biocultural perspective. Essentials of Cultural Anthropology presents the latest thinking on human evolution, development, and adaptation as an ongoing biocultural process in which biology, culture, and the environment are deeply intertwined

Some much needed information I believed should be the ultimate factor in deciding whether to purchase this book or not.
Read more
9 people found this helpful
Report abuse

Amanda
5.0 out of 5 stars Five Stars
Reviewed in the United States on 22 January 2018
Verified Purchase
Shipping was fast and it comes with the online homework access code!
Read more
9 people found this helpful
Report abuse

Bre
5.0 out of 5 stars Best textbook I’ve ever had
Reviewed in the United States on 4 September 2019
Verified Purchase
Awesome textbook. The online portion is great too. Easy to read, interesting, relatable, and great layouts and structure of sections. Felt like I really learned a lot, and reading this one wasn’t nearly the chore that reading most textbooks are. First time I’ve ever felt compelled to review a textbook - I even used this one as a source for another class’s research paper.
Read more
Report abuse

victoria
5.0 out of 5 stars Good book
Reviewed in the United States on 28 January 2020
Verified Purchase
Came on time. Reasonable price. But how am I supposed to read the book and return it at the end of the semester without opening up the wrap?
Read more

5.0 out of 5 stars Good book
Reviewed in the United States on 28 January 2020
Came on time. Reasonable price. But how am I supposed to read the book and return it at the end of the semester without opening up the wrap?
Images in this review

3 people found this helpful
Report abuse
See all reviews
Back to top
Get to Know Us
Make Money with Us
Let Us Help You
And don't forget:
© 1996-2021, Amazon.com, Inc. or its affiliates