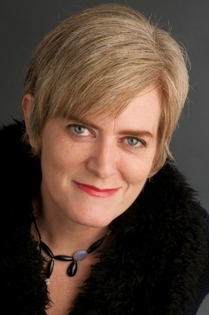 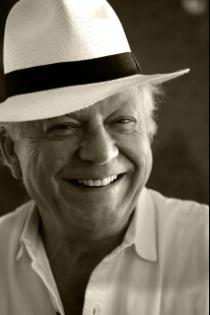 "Essential Shakespeare Handbook deserves a place next to your edition of Shakespeare's plays. Leslie Dunton-Downer, a former lecturer at Harvard, and Alan Riding, the European cultural correspondent for The Times, have written a guide to the poems and plays that is scholarly without being recondite, succinct without being superficial." - The New York Times Book Review

"Students will like the glossy, well-illustrated format; it is an English teacher's dream. Recommended." - Library Media Connection

"This simple, colorful handbook is a perfect companion to the playwright's complete works." - Library Journal

Leslie Dunton-Downer received a PhD with Distinction in comparative literature from Harvard. She has served as a lecturer at her alma mater, and is a trustee of the Harvard Advocate and a member of the Society of Fellows. She was a 2014 fellow at the American Academy in Berlin. She is the coauthor, with Alan Riding, of DK's Essential Shakespeare Handbook and Eyewitness Companions: Opera, and the author of The English Is Coming!: How One Language Is Sweeping the World. For 12 years, Alan Riding was the European cultural correspondent for the New York Times. He was previously bureau chief for the Times in Paris, Madrid, Rio de Janeiro, and Mexico City. Riding is the author of And the Show Went On and Distant Neighbors: A Portrait of the Mexicans. He lives in Paris with his wife, Marlise Simons, a writer for the Times.

Paul D
5.0 out of 5 stars Simply indispensable guide
Reviewed in the United Kingdom on 6 November 2015
Verified Purchase
Simply indispensable for getting a good overview on all of Shakespeare's plays and wonderfully organised and laid out. Included are some impressive and useful information, such as comparing a plays length in lines against all the others, for example by listing the plays with the most lines and where the current play your looking at stands in comparison. I really like that, and I've found the summaries of the plays to be spot on and easy to follow (considering this is Shakespeare.) So if you're looking for a good value book to aide your study, or just one that will help increase your overall knowledge of Shakespeare's plays, then I couldn't recommend a better book than this one.
Read more
One person found this helpful
Report abuse

Nicholas Casley
4.0 out of 5 stars "The play's the thing ..."
Reviewed in the United Kingdom on 14 August 2012
Verified Purchase
Despite the fact that I have never heard of the authors - and no brief biography of them is given - this is rather a good book to have and to hold. In the Dorling Kindersley tradition, it is certainly very colourful, with plenty of well-chosen and evocative illustrations. There are brief introductory essays on what is known about Shakespeare's life, his time, his theatre, his language and his canon (including other contenders).

But the bulk of the book comprises introductions and concise analyses of all his plays. We are provided for each play with a list of the parts (including the number of lines for each part); a synopsis of the plot; a one-page commentary; and a look at how each play has been performed over the years - all within about seven pages. In addition there are useful analyses such as the length of each play (and of each act), the percentages between poetry and prose, plus a brief `who's who'. There are, of course, numerous extracts.

After the plays there are reviews of his non-dramatic poetry, including an analysis of one of the sonnets. Finally, the end of the book has features on `Global Shakespeare', an overview of the Bard's global impact. For example, we learn that even today, "Shakespeare is more widely read and performed in Germany than any other playwright. This section also looks at how Shakespeare has been interpreted from all parts of the political spectrum. It ends with what can only be but a brief overview of Shakespeare's influence in other arts, from portraiture to opera.

The book is not without its problems - the odd glib remark or contradiction - but these are few and far between. All in all this is useful tome to have on the shelf for reference, and will probably be my first port of call when needing to gen up on a particular play prior to seeing it at the theatre.
Read more
4 people found this helpful
Report abuse

BookCat
5.0 out of 5 stars Wonderful!
Reviewed in the United Kingdom on 13 February 2015
Verified Purchase
Provides a great overview of Shakespeare and the plays. Each play has a section covering the basic plot, the characters and a more detailed act by act plot breakdown. I like the way the different types of play (histories, comedies etc) are colour coded, enabling easy reference. The multitude of pictures adds to the visual quality of the book and lighten the tone.

While this is not aimed at the Masters scholar, this is an interesting aid for other students and anyone who is interested in Shakespeare.
Highly recommended.
Read more
One person found this helpful
Report abuse

Mambo
3.0 out of 5 stars Condition
Reviewed in the United Kingdom on 22 February 2020
Verified Purchase
Criteria for condition of book was good to very good.
The book in my view didn’t meet the good standard.
Read more
Report abuse
See all reviews
Back to top
Get to Know Us
Make Money with Us
Let Us Help You
And don't forget:
© 1996-2021, Amazon.com, Inc. or its affiliates