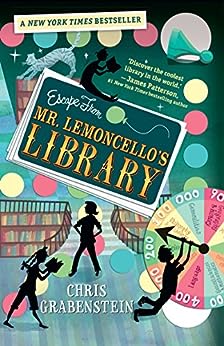 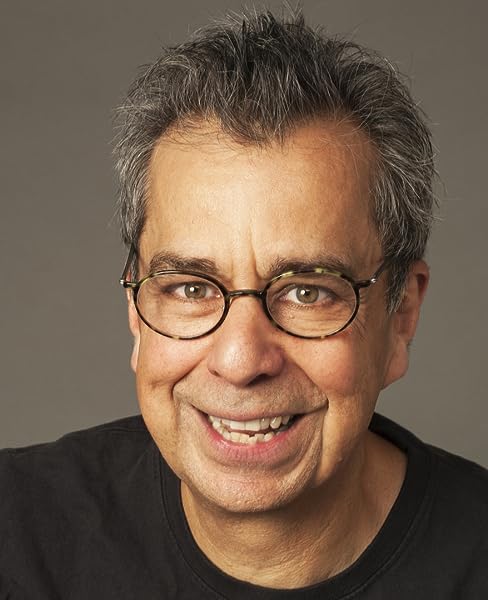 PRAISE FOR THE SERIES: A New York Times bestselling series Discover the coolest library in the world. --James Patterson Lots of Action action and quirky humor. --The Washington Post * A worthy successor to the original madman puzzle-master himself, Willy Wonka. --Booklist, starred review * A winner for readers and game-players alike. --Kirkus Reviews, starred review * A fun-filled, suspenseful intellectual puzzle. --Shelf Awareness, starred review Will have readers racing to pick up the next volume. --School Library Journal --This text refers to an alternate kindle_edition edition.

Kyle Keeley is the class clown, popular with most kids, (if not the teachers), and an ardent fan of all games- board games, word games, and particularly video games. His hero, Luigi Lemoncello, the most notorious and creative gamemaker in the world, just so happens to be the genius behind the building of the new town library. --This text refers to an alternate kindle_edition edition.

Chris Grabenstein is an award-winning author of books for children and adults, a playwright, screenwriter, and former advertising executive and improvisational comedian.

Winner of two Anthony and four Agatha Awards, he is also the co-author with James Patterson of The #1 New York Times bestseller I FUNNY.

A former writer for Jim Henson's Muppets and past president of the New York Chapter of the Mystery Writers of America, Chris co-wrote the screenplay for the CBS-TV movie, The Christmas Gift, starring John Denver.

He lives in New York City with his wife, three cats, and a rescue dog named Fred, who starred in Chitty Chitty Bang Bang on Broadway. You can visit Chris (and Fred) at www.ChrisGrabenstein.com --This text refers to an alternate kindle_edition edition.
Read more

4.7 out of 5 stars
4.7 out of 5
2,185 global ratings
How are ratings calculated?
To calculate the overall star rating and percentage breakdown by star, we don’t use a simple average. Instead, our system considers things like how recent a review is and if the reviewer bought the item on Amazon. It also analyses reviews to verify trustworthiness.

Amazon Customer
4.0 out of 5 stars exciting storyline…
Reviewed in Australia on 31 May 2017
Verified Purchase
this is a great read, and the storyline is fantastic! the story is about kyle and his friends that have to escape the wild Mr Lemoncellos library... make sure everyone (and you) read this book. this book also has a sequel ' Mr Lemoncellos library olympics'
Read more
Helpful
Report abuse

Josh
5.0 out of 5 stars BEST BOOK EVER
Reviewed in Australia on 27 May 2015
Verified Purchase
My future wife!
BEST BOOK EVER WRITEN

chana franck
5.0 out of 5 stars he who must not be named
Reviewed in Australia on 8 May 2020
excellent book full of humour and thrill. keeps you on the edge of your seat. doesnt stop moving. another fantastic book from the author
Read more
Helpful
Report abuse
See all reviews

Rosalyn R.
4.0 out of 5 stars This was sooo good!
Reviewed in the United Kingdom on 30 August 2019
Verified Purchase
Wow! I knew I'd like this even before I read it because a friend told me it was like Willy Wonka and Chocolate Factory... and it was! I'm impressed. This book is full of so many details and the game that the twelve kids are playing is well-thought out. Amazing!

I really liked adventuring along with the kids in the library! There intelligence amazed me. xD Sierra made me a little jealous with her knowledge of books and authors! I loved Kyle - he reminded me so much of Charlie in Willie Wonka and the Chocolate Factory. Migual was great... so nerdy. Haley kind of annoyed me at the beginning but I grew to like her near the end. Charles was irritating and stuck-up… that's about all I can say about him. Andrew was just... well, babyish. ;p

I loved every minute it of this book and I REALLY want to read the other books in this series. Mr. Lemoncello is a nut... so much like Willy Wonka! It's a super easy read and it'll grab you clear at the beginning!

Do I recommend this? Yep, totally!

jogo
5.0 out of 5 stars I would have loved to have had the opportunity to read this book ...
Reviewed in the United Kingdom on 3 August 2017
Verified Purchase
I really wish this book had been written about twenty years ago. I would have loved to have had the opportunity to read this book when I was in primary school or early high school. It's just such a great story about libraries and books and what makes both so special. Add to that friendship, challenge, mystery, an underdog trying to defeat the rich kid and you've got an engaging first book in the Lemoncello series.
The book is funny, heartwarming and engaging. I flew through the chapters eager to find out the next challenge (and add another title to my TBR) and see how the characters would react. The 12 kids who begin the challenge are quickly whittled down to a hardcore few that are a varied and interesting bunch. Led by Kyle they are determined not to give up. Whilst I was sure their resilience would pay-off, it didn't detract from my enjoyment of the book. A great story that I would recommend to any MG readers.
Read more
3 people found this helpful
Report abuse

Sara E
5.0 out of 5 stars A great book for all ages
Reviewed in the United Kingdom on 23 August 2018
Verified Purchase
A great kid's book which can be enjoyed by people of all ages. Yes, the plot is somewhat predictable in it's outcome but that does not spoil your enjoyment of the book. The characters are well-written (the best one being Mr Lemoncello himself) and the plot moves at a steady pace. I had a lot of fun picking out the book titles contained within sentences spoken by Mr Lemoncello - these made me smile, as I recognised them. This book is also great for showing how important libraries are. All-in-all, a good read.
Read more
One person found this helpful
Report abuse

Sometimes feels too clearly written by an adult, with knowledge and references that there is no way the target audience or book characters would know.
Read more
Report abuse

Fizzymonkey
5.0 out of 5 stars A fab purchase
Reviewed in the United Kingdom on 11 May 2017
Verified Purchase
Bought this after a recommendation via TED. My 9 year old was absorbed and loved the puzzles. Great value from this seller. It's been a hit.
Read more
One person found this helpful
Report abuse
See all reviews
Back to top
Get to Know Us
Make Money with Us
Let Us Help You
And don't forget:
© 1996-2021, Amazon.com, Inc. or its affiliates