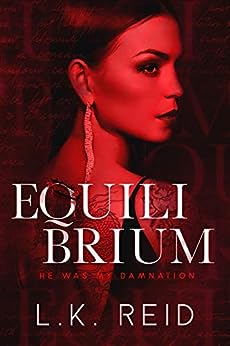 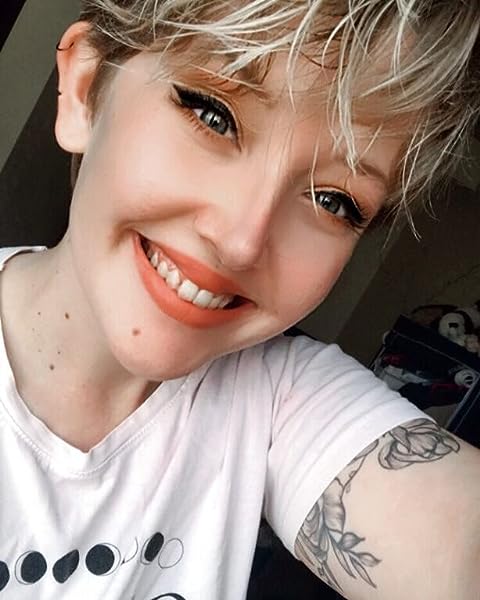 Loz83
TOP 100 REVIEWER
5.0 out of 5 stars The Book Where Ophelia Learns It Doesn’t End Well When You Disappoint Daddy
Reviewed in Australia on 10 June 2021
Verified Purchase
In this, the second book in The Rapture Series, and in it we find Ophelia firmly entrenched within the cosy happy family environment of the Sons of Hades MC.
As she immerses herself into the the happy atmosphere of family, barbecue’s, beach bike rides, and bonfires. Storms main aim is to make her so happy and settled in the Club that she never wants to leave it, or him, because she is his, and he is hers

Well that all goes to S*** after three months of bliss as the secrets Storm is keeping close to his expansive, tattooed, chest, are about to unravel.
All while professing how he wants honesty always between he and Ophelia.
Yeah….Hypocrite much?

The discovery of said secrets set forth a series of events that lead to a catastrophic, bloody cliffhanger, pitting family against family, ending with more than one major characters life in the balance.

This series is Un. Put. Down-able.
There is so much suspense, angst, and….yeah sex.
Lot and LOTS of sex, because Ophelia knows no other way than to use it as a healing, relaxing, balm for her tormented mind.

If I could have one criticism, it would be-
Sometimes,things got very wordy. Very inner monologue-y. Which took you away for too long from the stories narrative.

So much so, that I had to keep going back, and revising what characters actually last SAID to each other.

The amount of inner monologue pages that it took to covered the walk Ophelia took from a motorcycle to when she entered the strip club, which was probably only a few minutes, in reality, but took forever with her inner musings.

Couple THAT with her inner arguments chastising herself, and her inwardly ranting over subjects she’d already, supposedly, dealt with.
AANNNDD…it sometime got a bit much.

Still loved the book though, but at times I just wanted us to hurry up and get back to the story!!!

Can’t wait for the next instalment, and the miraculous recovery that’s coming…
Because….. we all know…..it’s coming…

Amy
4.0 out of 5 stars Book 2 in The Rapture series
Reviewed in Australia on 23 May 2021
After reading Ricochet (book 1) I'm not even sure why I was surprised with the drama that ensued because we all know that was a ride and a half. If you're looking for rainbows and butterflies then don't pick up these books. If you're a fan of jaw dropping, why would you do this, I'm about to throw my kindle moments then I highly recommend this series.

My ass was firmly planted on the team Storm bus after Ricochet and this book just solidified that. My heart broke for this man, not just from getting his back story but from what went down in the ending of this book.

Ophelia... girl... you had so much emotional growth in this book and I was cheering you on. It was great! And then you had to stuff me over and make me want to strangle your ass with what you did at the end. I mean... I'm not over that clearly.

The chemistry with these two was chefs kiss, the plot twists, betrayal, secrets, all of it came at you thick and fast. This is one of those books that will have you feeling ALOT of emotions and you will need someone to vent to. Trust me.
Read more
Helpful
Report abuse

emjbookshelf
TOP 500 REVIEWER
5.0 out of 5 stars Dark, Twisted & Gritty
Reviewed in Australia on 23 May 2021
You must read Ricochet first as this book picks up right where Ricochet ended.

Ophelia (Phee) has always wanted to be free, however she always seemed to be someones captive. Waking up at the Sons of Hades club, she finds Storm has brought her back to his home to keep her safe after everything tht has gone down. Phee needs time to recover physically & emotionally but she is confused and thinks they are working against her. All she wants to do is heal and then find her sister but she finds herself in a daily struggle as her feeling towards Storm grow and she doesn't want the club members of Hades to get caught up in her problems.

In some parts of this book I was angry at how Phee acted towards Storm and thought she acted childish, but when you look at the why behind it you can see why she acted like she did. Storm & Phee have a strong push and pull during this slow burn story, Equilibrium is twisted and dark and the ending I have no words for and can't wait for the next installment to see how this all plays out.
Read more
Helpful
Report abuse

Evelyn Jane Thorne
TOP 500 REVIEWER
5.0 out of 5 stars Fantastic book
Reviewed in Australia on 28 May 2021
Equilibrium is the second book in the Rapture series and it begins right after the cliffhanger in the previous book Ricochet. This story is narrated from the dual POV of Ophelia and Storm which I enjoyed because it felt like I got to know both of them on a more intimate level.

Like the author has stated this book isn’t as dark as Ricochet but it is still seriously twisted and has content that some readers might find triggering so keep that in mind before you dive in.

I definitely feel like I got to see a different side to Ophelia, a softer and more vulnerable side. I love the chemistry between Storm and Ophelia because it is not only intense but also intriguing. My heart broke when I found out about Storm’s childhood and I have no idea how he survived it.

Oh my gosh that cliffhanger was absolutely brutal and I can’t wait to find out what happens next.
Read more
Helpful
Report abuse

Libby
5.0 out of 5 stars Must Read!
Reviewed in Australia on 27 May 2021
LK is back at it again, just like in Ricochet she had me glued to my kindle from the get go and didn’t spit me out til the very last page.

Talk about whip lash with the feels from this book, the twist and turns, betrayal and the chemistry that was off the charts. Don’t get me started on the cliffy tho!

Kels
5.0 out of 5 stars Holymotherofdarkness!
Reviewed in the United Kingdom on 2 June 2021
Verified Purchase
The powerful writing and theme to the second instalment is absolutely breathtaking. The darkness that laces the pages tells a deep darkness journey that sucks you into the world.

My jaw has firmly been on the floor far to many times and my mind is racing on 𝐖𝐇𝐀𝐓 𝐓𝐇𝐄 𝐇𝐄𝐋𝐋 is happening.

The relationships, the steam, the twists and dark turns is intoxicating. If you like dark themed books this series is a must read. I have no words for this book other than 𝐇𝐎𝐋𝐘𝐌𝐎𝐓𝐇𝐄𝐑𝐎𝐅𝐃𝐀𝐑𝐊!!
Read more
Report abuse

Booktravert
5.0 out of 5 stars Fabulous
Reviewed in Canada on 24 May 2021
Verified Purchase
The second installment of Ophelia's story is just as incredible as the first. Filled with suspense, angst, drama and intrigue, it is impossible to put down. I need Book 3 now!
Read more
Report abuse

KL
5.0 out of 5 stars Must read!
Reviewed in the United States on 24 May 2021
Verified Purchase
LK Reid tricked me into thinking I’ll be able to survive this one, but I should’ve known better. I’ll never get over that last 30%!

Equilibrium continues with Ophelia’s story right where Ricochet ended. In this one, we see a completely different side of Ophelia. We see her haunted by her demons, dealing with supressed feelings of everything that happened in Ricochet. Her pain is the dark place to be, full of pain, suffering, loneliness, betrayals and regrets. And although she’s terrified of her feelings for Storm, bit by bit her walls started to fall down, and I really enjoyed seeing her emotional growth.

I was already team Storm and this book just cemented that. Their chemistry was so intense. And I absolutely loved how despite his strong feelings for her, Storm knew not to push Ophelia. He accepted all her darkness and just wanted to love her as she is. His backstory broke me, and then with that ending, my heart completely shattered for him.

LK Reid definitely knows how to write and you need to be prepared to feel every single thing her characters go through, both good and bad. The ending left me broken and struggling with finding forgiveness. I’m impatiently waiting for Oblivion but at the same time I’m scared of what’s to come.
Read more
2 people found this helpful
Report abuse

Marisol
4.0 out of 5 stars Secrets and Distrust
Reviewed in the United States on 23 May 2021
Verified Purchase
One of the most feeling dark and gritty love stories I’ve read. Heartache, suspense, passion, these are some of the emotions elicited when reading this story, much more about growth and ties than setting the groundwork and toxicity in book 1.

Team Storm: alpha, tenacious. I loved getting into Storm’s head, bad guy in love with his reluctant soul mate, his queen, and both are flawed characters who seemingly fit. I liked the trek into motorcycle life. I could just hear the roar of the Harleys. While they were certainly not on the right side of the law, they were not fractured, which is what our heroine embodies. They were close family. Something Ophelia was not used to. Ophelia: strong, insecure mixed with resolve, feelings of distrust and undeservedness. Supporting characters added great depth to the storyline.

A slow burn and some time ruminating thoughts, full immersion experience. While I prefer a touch faster pace and a balance toward more relief to angst, this was still a wonderful story. The damage of secrets and betrayal, this book was masterful in getting into your feelings. Gutted. I need book 3
Read more
One person found this helpful
Report abuse
See all reviews
Back to top
Get to Know Us
Make Money with Us
Let Us Help You
And don't forget:
© 1996-2021, Amazon.com, Inc. or its affiliates