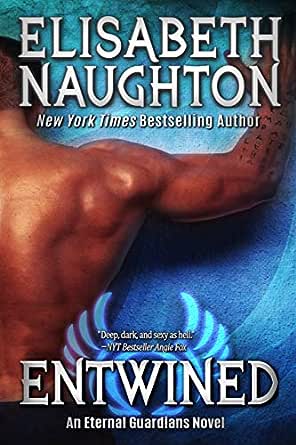 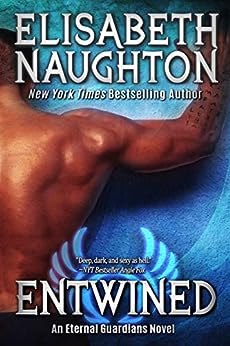 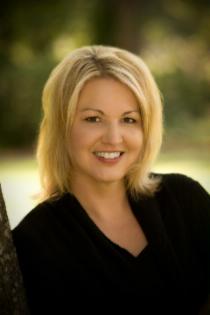 "This second in Naughton's Eternal Guardian series has wonderful characters. The combination of old-world gods and modern technology is fascinating. Violent and bloody, it's action packed and exciting with a cliffhanger ending." ---RT Book Reviews

Elisabeth Naughton is the highly acclaimed author of dark, sexy paranormals. She is a 2007 Golden Heart Award Finalist and president of her local RWA chapter. Entwined is her fifth title with Dorchester.

Sarah
TOP 500 REVIEWER
5.0 out of 5 stars Awesome series
Reviewed in Australia on 11 November 2016
Verified Purchase
Just as good as the first book in the series, but definitely recommend reading them in order. If you like hot paranormal/ greek mythology romance them this one's for you
Read more
Helpful
Comment Report abuse

Lynn Worton
5.0 out of 5 stars Another Fantastic Paranormal Romance Series!
Reviewed in the United Kingdom on 23 March 2015
Verified Purchase
This is the second book in the Eternal Guardians series. I loved it!

My sister recommended this series to me as she had read them all (that have been released so far) and thought I would enjoy it, and she was right! I downloaded this as an audiobook, as I had previously enjoyed listening to the first book in the series, Marked, in audiobook too. Entwined is again narrated by Elizabeth Wiley. She did another fantastic job in telling the story. Her narration was crystal clear and her interpretation of the characters brought them to life.

Zander is an interesting character. I really liked him, but he has a serious issue with self-pity at first, which I found a bit off putting for a hero. He is one of the oldest of the Argonaughts and, as he is from Achilles bloodline, believes himself to be immortal. Nevertheless, as the story progresses, he pulls his head out of his you-know-what and is actually a great person to know, who realises that everyone has their weakness and his happens to be his soul mate.

Callia is a wonderful character. She is the King's physician and has the power to heal. I really liked this strong willed woman. She has had to endure a lot over the last ten years, but her spirit has not been broken. But when Zander volunteers to marry Isadora, her world comes crashing down around her ears.

This story is another roller coaster ride, full of action, adventure and danger. Adalanta is busy preparing her demons for war with the Argonaughts, and has a secret weapon in her arsenal, though he's not very willing. This secret weapon is a young boy by the name of Max, who is ten years old. I really liked Max. He is a very resourceful young man, who has had to endure years of abuse and cruelty at the hands of Adalanta, and has had to do some terrible things to survive. His courage and determination to escape his "Mataras" to find his real mother had me cheering him on. Callia also finds out a secret about herself which, although it surprised her, didn't really surprise me. But it made me look at the King in a slightly different light!

As the story progressed, I fell in love with all of the Argonaught warriors, and the story in general. This is a fast paced, action packed adventure from beginning to end.
As I said in my review for Marked, "This story is mostly a typical paranormal romance, with lots of action and danger mixed in. However, there are several twists and turns that keep one guessing at what is really going on.", but after listening to this story I realised that there is a bigger story arc within each storyline, and I am looking forward to finding out what that story arc will reveal. One thing I will say about this story (and series) is the world building is excellent. The characters are well developed and extremely lifelike. I have always been intrigued with Greek gods and their offspring such as Hercules, whose exploits became legend (or are they myth?) over time. So reading about his descendants, who were with Jason on his voyage for the Golden Fleece, excites me. I am also a huge sucker for paranormal romances in general, so I am looking forward to continuing with this series and I will (hopefully) get to read/listen to Tempted as soon as I can.

Elisabeth Naughton has written an exciting paranormal romance series. I love her fast paced writing style and the flow is wonderful. I will be continuing to read this series, but I do have one of her romantic suspense novels sitting on my Kindle, which I hope to now read in the near future too!

squiddo
5.0 out of 5 stars Great!!
Reviewed in the United Kingdom on 10 March 2016
Verified Purchase
Great addition to the series!! I love the way the characters come to life as you read them , I was hooked by the the time I'd read the first chapter defo recommend these books
Read more
Helpful
Sending feedback...
Thank you for your feedback.
Sorry, we failed to record your vote. Please try again
Report abuse

H.Adamz
4.0 out of 5 stars Such a high
Reviewed in the United Kingdom on 1 November 2014
Verified Purchase
Like I suspected this was amazing to read and like a treasure hunt the clues are lining up can't wait for for tempted..or better finale book. Get a copy eternal guardians such an addiction.
Read more
Helpful
Sending feedback...
Thank you for your feedback.
Sorry, we failed to record your vote. Please try again
Report abuse

Lynn
5.0 out of 5 stars Great
Reviewed in the United Kingdom on 28 August 2013
Verified Purchase
Well written story with great imagination. Characters are brilliant and the storyline captures you on first line. Eternal Guardians is a must read.
Lynn
Read more
Helpful
Sending feedback...
Thank you for your feedback.
Sorry, we failed to record your vote. Please try again
Report abuse

Kindle Customer
5.0 out of 5 stars fab book
Reviewed in the United Kingdom on 19 March 2016
Verified Purchase
Another great story.A good series will be sad to get to last book.
Read more
Helpful
Sending feedback...
Thank you for your feedback.
Sorry, we failed to record your vote. Please try again
Report abuse
Load more international reviews

May Helsby
5.0 out of 5 stars entwined
Reviewed in the United Kingdom on 8 March 2014
Verified Purchase
it continues the stories that started in the previous books which i have enjoyed reading and i plan to keep reading them
Read more
Helpful
Sending feedback...
Thank you for your feedback.
Sorry, we failed to record your vote. Please try again
Report abuse

mariam
5.0 out of 5 stars Entwined
Reviewed in the United Kingdom on 31 October 2013
Verified Purchase
Even better than the first one, if you loved J.R Ward's black dagger brotherhood series, you'll love this. It's a great page turner and worth the money
Read more
Helpful
Sending feedback...
Thank you for your feedback.
Sorry, we failed to record your vote. Please try again
Report abuse

Ms. Sylvia C. Bettsworth
5.0 out of 5 stars excellent
Reviewed in the United Kingdom on 4 August 2013
Verified Purchase
Just love these books cant wait for next one (hopefully) good story line to each of the characters depicted in the book.
Read more
Helpful
Sending feedback...
Thank you for your feedback.
Sorry, we failed to record your vote. Please try again
Report abuse
Load more international reviews

Bourne Identity
5.0 out of 5 stars loved these books
Reviewed in the United Kingdom on 1 March 2014
Verified Purchase
I have really enjoyed reading this set of books. I like how the story is carried through each book but you get to know a bit more about each character in different books.
Read more
Helpful
Sending feedback...
Thank you for your feedback.
Sorry, we failed to record your vote. Please try again
Report abuse

I had a hard time remembering book 1, having read it so long ago. I looked at my review and it said I wanted to continue with this series, and I've had this book on my wish list waiting for a price reduction so I went for it. But I honestly remember very little, namely why no one wants to marry Isadora. And why she feels she can not grow a spine! I then realized I still had book 1 on my kindle so I did a quick recap.

I am a big Sherrilyn Kenyon and Gena Showalter fan, with their greek stories, and that both pulls me to this story and also confuses me. I keep forgetting whose world I am in.

Zander and Callia's story seems like it will be interesting to get to the bottom of.

Max is breaking my heart. I can't seem to figure out where he came from precisely though. My gut says he is likely Callia and Zander's child, the one Zander mentioned not having any more. But how Atalanta got him would be hard to figure out.

Isadora is a bit more annoying in this one. She seems to care more about her future crown than Callia's child. She just seems so cold and callous about the whole situation, all the while saying she is opposed to the whole arranged marriage. It will be interesting to see how her story plays out.
Read more
Helpful
Sending feedback...
Thank you for your feedback.
Sorry, we failed to record your vote. Please try again
Report abuse