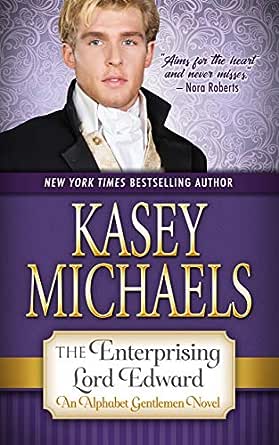 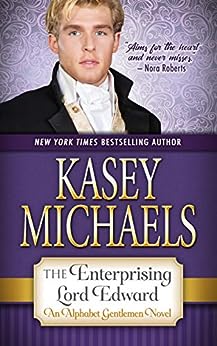 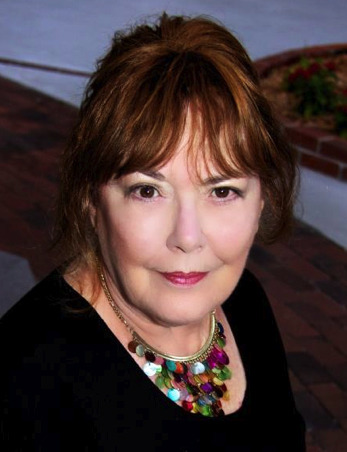 J. Sexton
5.0 out of 5 stars Delightful Regency
Reviewed in the United States on 15 June 2020
Verified Purchase
This light-hearted Regency was great fun and amused me. These two quotations by different characters summed it up for me.

"Mama says they’re all positively dying for love of me. I feel so terrible—it’s such a responsibility!” She turned on the seat to look up into his eyes, her own drenched with quick tears. “You don’t think it will really come to that, do you? I mean, it’s not as if I could possibly marry them all, is it?”

"They’re numbskulls, the two of them, but they’re my numbskulls, and I won’t have you hurting them.”

Edward and Emily make an interesting couple, with even more interesting kinfolk. As is true with every traditional Regency, the question is never will the couple end up together, but rather how they end up together. And this book was delightful.

Highly recommended for readers of Regencies.

Becky
4.0 out of 5 stars Adorable
Reviewed in the United States on 30 January 2014
Verified Purchase
This was a lovely Regency Romance. It is all Romance, no side plots, villains or complicated schemes. Lord Edward is searching for a wife to secure the succession since his elder brother will more than likely never marry. His search is mostly conducted off screen, the book starts after he has set his sights on the companion to the Season's Incomparable. In Emily, Lord Edward recognizes a kindred spirit. She is saddled for the Season with two complete nitwits, but treats them with loving compassion and guards them jealously. Edward has already decided that his wife must accept his elder brother before agreeing to marry him and he is hopeful that Emily will do so. Ned' s problem is that he is ridiculously handsome, was born with a golden spoon in his mouth, and has gotten everything and everyone he has ever wanted just by expressing his desire for it. He has no clue how to go about wooing Emily in the correct mode, or rather he does but he believes that tack will not work because of his brother Reggie. Emily has taken an instant, and rather irrational, dislike to Ned and refuses to speak with him. So Ned does the only thing he knows how to do, he attempts to gain her attention by annoying her. He sets up a decided flirtation with her gorgeous peagoose of a cousin in order to put Emily's back up and to allow him to spend time with her. Naturally, it all backfires.

I gave this book a 4 for two reasons: 1.) I would have liked to have seen Edward actually fall for Emily instead of being dropped into the story after the fact. I felt the exclusion of this rather vital intelligence lowered the overall excellence of the work significantly. 2.) Supposedly, Ned fell in love with Emily's mind. What mind? In my opinion, we are not given a good enough account of Emily's superior intellect to actually believe that it exists. She is of at least average intelligence, which when compared to most of the other characters showcased in the novel does seem to be above average, but there was really nothing in either her dialogue with Ned or her general public behavior to indicate her mind was of particular strength.

Now, if Ned had fallen in love with her kindness and overflowing compassion, if he had suspected her of having a warm, loving, nurturing nature, then I could have bought into it and it might have won over my number 1 qualm - the fact that we really don't know what it was about Emily that caught Ned' s eye. But we are told otherwise and so I remain steadfast in my opinion that we just aren't given enough supporting evidence.

But don't get me wrong, the book was fun and amusing. Poor Ned, you really do feel for the guy. You can't help it. And the supporting cast was hilarious. It isn't an awe inspiring piece of literature, but it was a fun, light, fluffy romance. Highly recommended for all Regency Romance lovers.
Read more
2 people found this helpful
Report abuse

Tracy Dunn
5.0 out of 5 stars Witty and zany
Reviewed in the United States on 29 August 2013
Verified Purchase
Due to low self-esteem issues, our heroine, Emily, refuses to believe the handsome earl, Edward, could find her attractive; indeed, a "sadistic dressmaker" has hidden her wonderful figure and her high-necked gowns are dismal colors that do nothing to enhance her beauty. Therefore, after having his tentative forays into flirtation rebuffed, Edward devises the ridiculous plan of courting Emily's beautiful, airhead cousin, Georgiana, just so he can be in Emily's company. The ruse fails epically. But never fear, for her aunt has taken the erroneous idea into her cotton-candied brain, that the earl has impregnated her dear niece and she forces them into wedded matrimony by a remarkably straightforward approach. However, Edward and Emily are bound and determined to have one of the most crooked courtships in the history of mankind and somehow manage to remain at odds while being perfectly honest with one another. It's a hoot to read and the supporting cast of characters are remarkably bubble-headed and delightfully so. Even when they harness their collective brain power, they haven't enough to light a candle, but the dimwitted ones at least, are smart enough to know Edward and Emily are perfect for one another. Buy this book. If it doesn't make you laugh outloud, I'll eat my red slipper.
Read more
One person found this helpful
Report abuse

lark
3.0 out of 5 stars The salient part of the story wasn't written. 3.5
Reviewed in the United States on 28 April 2015
Verified Purchase
This was a lighthearted tale of Lord Edward's "Plan" to win his love, Emily, by appearing to woo her airhead cousin. If this wasn't enough, Emily detests him and they barely know each other. There was a cast of eccentric characters, humor, and some wit throughout, making the story a pleasant read, despite its deficiencies.

The story badly needed a prologue...something to set up Ned's flaming love for Emily. That just came out of nowhere. They barely knew each other, Emily didn't like what she knew of Ned and they had little social contact. Then, Ned thought Emily so sensible. Why? She lived with two featherbrains so, obviously, she seemed brilliant in comparison.

This was entertaining. If I could have just fallen in with the notion of Ned's undying love on page one, the story would have been more satisfying.

T. Taylor
4.0 out of 5 stars Entertaining Regency
Reviewed in the United States on 23 December 2009
Verified Purchase
Lord Edward Laurence is on a quest to win a bride. Not just any bride - he seeks to win the heart of his cousin Emily Howland, companion to the beautiful (but dumb) Lady Georgiana. Emily, of course, absolutely loaths Lord Edward.

In order to win Emily, Lord Edward pursues Georgiana. I order to protect her dim witted charge, Emily will do anything to protect her... what follows is a funny romp through a regency romance.

I enjoyed the book - and found it a delightful comedy and fun read.
Read more
10 people found this helpful
Report abuse
See all reviews
Get FREE delivery with Amazon Prime
Prime members enjoy FREE Delivery and exclusive access to movies, TV shows, music, Kindle e-books, Twitch Prime, and more.
> Get Started
Back to top
Get to Know Us
Make Money with Us
Let Us Help You
And don't forget:
© 1996-2020, Amazon.com, Inc. or its affiliates