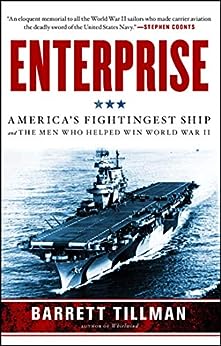 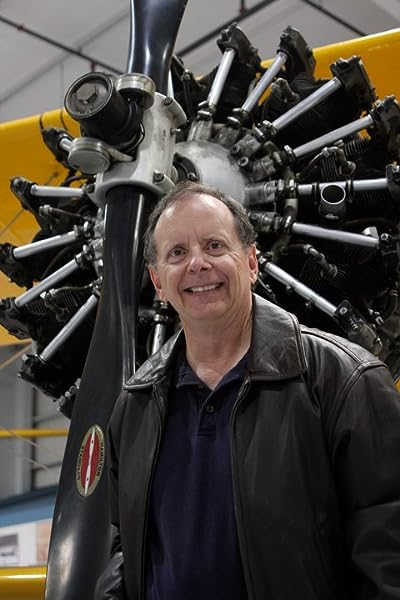 by Barrett Tillman (Author) Format: Kindle Edition
See all formats and editions
Sorry, there was a problem loading this page. Try again.
Read more Read less
Previous page
Next page
Due to its large file size, this book may take longer to download

''Barrett Tillman is one superb military aviation historian.'' --Leatherneck magazine --This text refers to an out of print or unavailable edition of this title.

BARRETT TILLMAN is a widely recognized expert on air warfare in World War II and the author of more than forty nonfiction and fiction books on military topics, including Whirlwind. The former managing editor of the Hook, Tillman's is a familiar face on television documentaries in the United States and Europe. He has received six awards for history and literature, including the Admiral Arthur Radford Award. He lives in Mesa, Arizona. --This text refers to an out of print or unavailable edition of this title.

4.6 out of 5 stars
4.6 out of 5
156 global ratings
How are ratings calculated?
To calculate the overall star rating and percentage breakdown by star, we don’t use a simple average. Instead, our system considers things like how recent a review is and if the reviewer bought the item on Amazon. It also analyses reviews to verify trustworthiness.

Lloyd Steeves
4.0 out of 5 stars Personality Perspectives
Reviewed in Canada on 21 May 2015
Verified Purchase
Second book on Enterprise I have read. Tillman brings an insight to some of the personalities who served which is refreshing. He also offers a historical perspective on some of the most important battles, again an insight not often provided.
Read more
Report abuse

matt
3.0 out of 5 stars Good Book
Reviewed in the United States on 27 July 2016
Verified Purchase
This book in my view serves as a good overview of the Enterprise, from the laying of the keel to the scrap heap. The author has a strong affection for the ship and all her crew, and this really comes through in his narrative. And he really tries to touch on every aspect of the ship's service from start to finish.

What I liked about the book is it really did cover every naval action involving the ship in WWII. It's all there. So I now have a full understanding of the remarkable combat record of the Big E.

A weakness of the book in my view is that the narrative isn't vibrant, and I never got an intimate feel for the ship and her crew. A lot of remarkable sailors and aviators rotated through the Enterprise, and I wish the book could have allowed the opportunity to know them better.

Finally, I do wish the ship could have been saved as a floating museum, while the author clearly disagreed. What a great tribute it would be and it could have served as constant reminder of a time when a fast ship went in harm's way and struck a mighty blow for freedom. In North Carolina we saved the USS North Carolina over 50 years ago. I was a young child living in Wilmington when that great ship came home. It has continued to be source of pride and inspiration to me and countless others.

Jim, Stuart, FL
5.0 out of 5 stars Enterprise Remembered
Reviewed in the United States on 13 June 2020
Verified Purchase
As a lover and reader of WWII history this is one of the best books I have ever read. One nearly sheds tears at the beginning to learn of the fate of the Enterprise having been sold for scrap rather than being preserved as a museum like the Yorktown II at Charleston. This ship's aviators sunk three of the four Japanese carriers destroyed at Midway. The home ship of Butch O'Hare and Bull Halsey this story of the Enterprise's contributions to winning the war in the Pacific is a must read for anyone interested in WWII naval history.
Read more
Report abuse

Douglas B. Schonour
5.0 out of 5 stars Great Book
Reviewed in the United States on 7 September 2013
Verified Purchase
I first read "The Big E" in 1964 and it led me to reading WWII history. I have an original hardback edition and a paperback copy. I have read the book at least four time.
I was looking for more Enterprise material on Kindle and discovered " Enterprise: America's Fightingest Ship. So many events were recognizable from "The Big E." More important was the slightly different accounts of people and actions of the Galloping Ghost during the war.
The book is well written and very informative. I am still in awe of the Big E's fighting spirit in 1941 and 1942 as she defended this country almost by herself. So many heroes gave there all for us to defeat the japanese in a cruel and hostile environment.
If you are interested in the war in the Pacific this is a must read. Tillman has also written some great books on the naval aircraft of that time as well.
Read more
2 people found this helpful
Report abuse
See all reviews
Back to top
Get to Know Us
Make Money with Us
Let Us Help You
And don't forget:
© 1996-2021, Amazon.com, Inc. or its affiliates