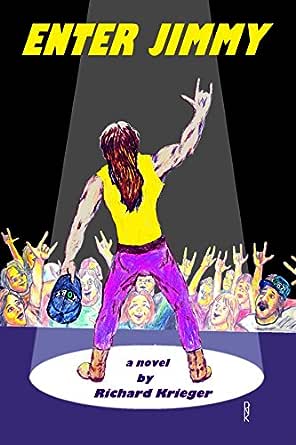 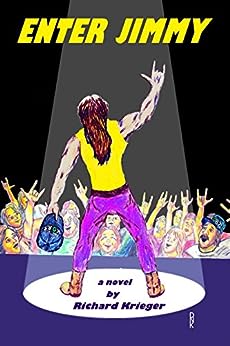 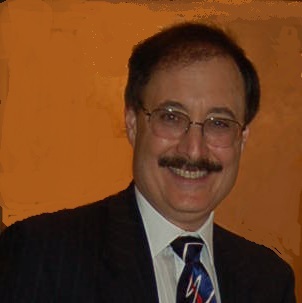 Richard Krieger is a physician who resides in suburban New Jersey. Besides his conducting a full time Infectious Disease practice, he and his wife, who is also a physician, have raised five children and three dogs. Amid all the responsibility, excitement, and occasional chaos this lifestyle entails he is often amazed that he is able to steal sufficient enough time to indulge his passion for writing. His two previous novels are DEATH STARE and CROOKED LINES. --This text refers to an out of print or unavailable edition of this title.

Menachem Blasberg
5.0 out of 5 stars Excellent story! Has a suspenseful plot with a surprising and moving ending.
Reviewed in the United States on 1 November 2015
Verified Purchase
Generally I follow an intuitive guideline on how to judge a good novel. My guideline is how long I think about a book after I complete it. When I finished reading “Enter Jimmy,” it took me several days to digest this novel’s suspenseful plot and its surprising and moving conclusion. Therefore this book passed my test with flying colors.

“Enter Jimmy” is about several bright college students in the seventies who excelled academically and were destined to pursue professional and long-lasting careers in their field of studies. However, due to unusual circumstances and their love for music, they decided to form a band while in college. From that point on the band members’ lives took a very different turn with serious implications compared to what generally awaits graduates of top colleges.

I enjoyed reading this book and curiously observed the development of the characters (who came from diverse social and ethnic backgrounds) as they matured and changed with time and continued changing until the end of the book. It was fascinating to read how in the seventies, creating a band in a college by amateur instrumentalists and a singer and carrying it to professional and monetary success was so similar to how high-tech startups (such as Microsoft, Apple, Google, Facebook, to mention a few) were created 20 years later by college “dropouts” who left their studies and made an impact on millions of people as the this band did, however in a different way.

Even though the book is a fiction, it made me feel that this story happened in real life; it is based on facts of life such as how college students live on campus for the first time in their lives without adult supervision, what famous performers and bands were popular in the seventies, and how producing a vinyl album at that time was a major accomplishment and a sign of success. When the story reaches our era the iPhone is mentioned as well, and this brings the reader to the 21st century. In addition, I enjoyed the writing style of the book and how skillfully the author (Dr. Richard Krieger) pays attention to every detail and provides what we may think is an unimportant facts just to find out later on, when the author connects all the dots, that the “unimportant” details are a key to the unfolding plot and the magical and surprising ending.

To conclude my review, I would like to mention that the author applies an appropriate dose of his medical knowledge (as he did in his two previous novels) to some health-related occasions and at times made me pick up my dictionary. Furthermore, in this novel the author added more details about the characters that were featured in his previous two books. Therefore I am confident that if he forgot or missed on purpose some important details related to “Enter Jimmy,” he will add them in his next book…