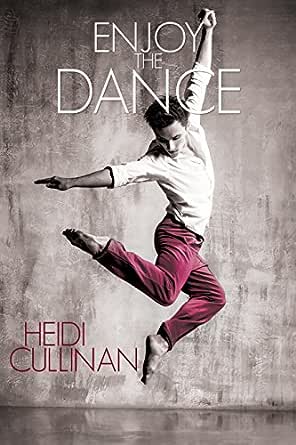 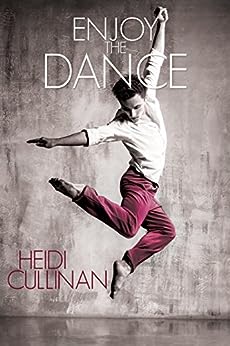 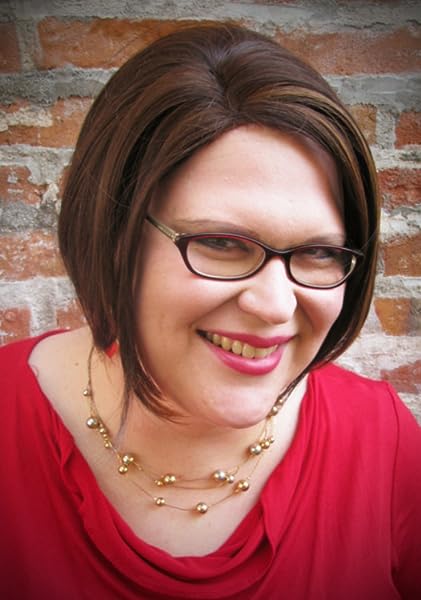 Kindergarten teacher Spenser Harris has carved a quiet, stable future out of his tumultuous past, but his world turns upside down the night a homeless teen appears on his doorstep—a boy whose story mirrors the one Spenser has worked so hard to overcome. The decision to shelter Duon is easy. What’s tricky is juggling the network of caregivers in Duon’s life, especially Tomás Jimenez.

Tomás wouldn’t have hesitated to take Duon in, but his plate is already full working three jobs to support his family. Though Spenser’s carefully constructed walls are clearly designed to keep the world at bay, Tomás pushes past Spenser’s defenses, determined to ensure the man is worthy of his charge. As the two of them grow closer, Tomás dares to dream of a life beyond his responsibilities, and Spenser begins to believe he might finally find a home of his own after all.

But Spenser and Tomás’s world is forever poised to crash down around their ears. Duon’s grandmother isn’t sure she wants him to be raised by a gay man and challenges Spenser’s custody. Tomás’s undocumented parents could be deported at any time, and all the while the state of Minnesota votes on a constitutional amendment against marriage equality and the US Supreme Court debates whether or not Spenser and Tomás get a happily ever after. All they can do is hold tight to their love, hope for a better future…and remind each other to enjoy the dance.

Heidi Cullinan has always enjoyed a good love story, provided it has a happy ending. Proud to be from the first Midwestern state with full marriage equality, Heidi is a vocal advocate for LGBT rights. She writes positive-outcome romances for LGBT characters struggling against insurmountable odds because she believes there's no such thing as too much happy ever after. When Heidi isn't writing, she enjoys cooking, reading, playing with her cats, and watching television with her family. Find out more about Heidi at heidicullinan.com.

FiBeeN
TOP 500 REVIEWER
5.0 out of 5 stars Engaging and thought provoking
1 June 2017
Format: Kindle EditionVerified Purchase
This story has been beautifully crafted. Again, as in the first book, the romance almost becomes secondary to the story. I say almost because Spenser and Tomas (who are two wonderful souls) are the golden thread that stitches everything together beautifully and you just can't help loving them. Ultimately the story is about family but the predominant focus is on the legalisation of same sex marriage, the systemic problems with child protection and the heartlessness of the USA immigration department.
It's a book that educates as it entertains and it will get you thinking.

Debbie G
4.0 out of 5 stars Too many distractions from the main story
30 October 2016 - Published on Amazon.com
Format: Kindle EditionVerified Purchase
I am really at 3 1/2 stars for this book. I loved Dance with Me, and was 100% prepared to love Enjoy the Dance, but it missed the mark for me. It was too much about other issues and left the love story between Spenser and Tomas in the background.

There was a lot to like in this book. Duon, who was a character in the first book, is an integral and interesting part of this story. I liked the issue of homelessness and abuse of LGBTQ teenagers being part of the book without it being a teenage love story. I liked having Laurie and Ed make more than just cameo's without making it a second book about them. I liked Tomas' mom and Spenser's adoptive/foster mom. And, for the most part, I liked both Spenser and Tomas.

However, this book tries to do too much. The recent historical political changes in Minnesota and the US regarding LGBTQ rights were a big part of the storyline. Foster care and the special issues LGBTQ kids have. Employment rights and issues for LGBTQ people. Immigration reform. State involvement and mandatory reporting in child neglect. Probably other issues I am forgetting. All of these things are important and things that I care about. I have read other books that address political and social issues which still kept the love story in the forefront. I think in this book the other issues took over too much of the story and were more interesting than the love story. Tomas and Spenser felt like the secondary couple in the background of some books who are getting together at the same time as the main couple. Sweet, and you root for them, too, but that's not what the book is about. Except in this book, Tomas and Spenser were the main characters. Their story felt inevitable and fairly conflict free, because they had so much other conflict outside of their relationship.

It also bothered me that they seemed to get together because they both were lonely and lived across the hall from each other. I didn't get that "these two are meant to be" feeling from this story. It was "I need a couple who have the issues I want to talk about in this book, so I am going to put these guys together."

This wasn't a bad book. I will probably read another book in this series. However, it was not nearly as good as Dance with Me.

Mrs. Readsalot
4.0 out of 5 stars "You don't just make a safe space. You are one."
14 October 2016 - Published on Amazon.com
Format: Kindle EditionVerified Purchase
The book starts off with a real attention-getting scene: a kindergarten teacher arrives at home to find a young man near his front door, beaten and bloodied. We immediately start to see what Spenser's heart is like as he invites Duon in and cares for him.

Tomas and Spenser know each other because they are neighbors but they have never interacted beyond the polite smile in passing. Duon brings them together and there is attraction. The problems arise from Tomas's mother and father being undocumented and from Spenser working for a private school that expects him to lobby against social issues that the entire LGBT community would be fighting FOR. As the book progresses, we learn (along with Tomas and Spenser) that you need to accept help when it's offered because 1) it's smart and 2) people need and want to help others. There is a whole cast of characters that generously give their love and help to Spenser, Duon, Tomas and Tomas's family. All those supporting characters are very nicely developed, too.

I like Heidi Cullinan books because they are well-written and everything feels familiar (I am from MN and she writes about MN a lot). It was weird though, to read this particular storyline since it feels to me like it happened so long ago. (It was 2012.) It was also weird to meet Marcus in this book, as he is just getting ready (in this book) to move back to Logan, MN Feels like a LONG time ago that I read his book where he was already living in Logan and ends up meeting his sweet Frankie....well, never mind. Be sure to read that series if you haven't already! (Let it Snow.)

At times this book felt a little preachy or soapbox-ish. I also know that some of Cullinan's books are SUPER STEAMY and this one isn't. The sexy scenes are not very intense. BUT I can tell you when Spenser and Tomas decide to go to that next level in their relationship, the stuff Tomas says to Spenser will make you melt. It's probably some of the sexiest (not dirty talk, either), swoon-worthy romance talk I've ever read. I re-read that part and still ended it by saying WOW.
Read more

This book had a lot going on, as it seemed more intent on addressing various social issues (gay marriage, the particular needs of LGBTQ kids who need foster care, illegal immigration, etc.). I share the author's views, but even so, it felt a bit "preachy" - a little too much for me. This is not her first book to mention some of these things, but it seems to dwell on them more than the others. As a result, I couldn't get lost in the romance as easily. It felt more like a call to arms than an evening of escape. Maybe her zeal is due to this being a presidential election year; it would be a very good reason! (I also wish everyone had an "Oliver" to help! He was the perfect fairy godmother - no pun intended.)

In summary, I enjoyed this book, but not as much as "Dance with Me". Of course, YMMV.
Read more
Go to Amazon.com to see all 28 reviews 4.3 out of 5 stars
Get FREE delivery with Amazon Prime
Prime members enjoy FREE Delivery and exclusive access to movies, TV shows, music, Kindle e-books, Twitch Prime, and more.
> Get Started
Back to top
Get to Know Us
Make Money with Us
Let Us Help You
And don't forget:
© 1996-2020, Amazon.com, Inc. or its affiliates