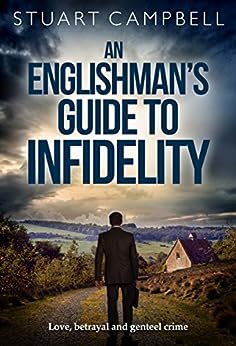 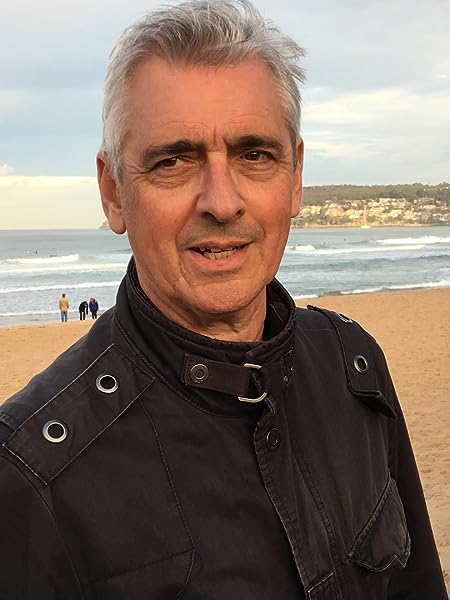 by Stuart Campbell (Author) Format: Kindle Edition
See all formats and editions
Sorry, there was a problem loading this page. Try again.
Jack, the owner of a failing bookshop, is embezzling from a client. Thea is a philosophy lecturer with a taste for pinching cash. There's something amiss with their marriage, but an occasional spot of larceny provides the frisson to keep it going, as well as the funds for the kids' school fees. But things start to go badly wrong when an old lover turns up demanding a slice of the action. Could you live with a would-be murderer? This is the question for Thea and Jack in this fast-moving psychological drama with an undercurrent of black comedy.
Read more
Previous page
Next page

Stuart Campbell began writing fiction in the eighties, but was diverted by the need to earn a living; those early literary efforts lie - thankfully - deep in landfill somewhere near London. After exiting the world of academia he restarted his affair with writing fiction in 2011.

Stuart was formerly a Professor of Linguistics and a Pro Vice Chancellor at Western Sydney University. He has published numerous books, chapters and research articles in the areas of translation studies and Arabic linguistics. Stuart holds the title of Emeritus Professor.

Born in London, Stuart has lived in Sydney since the seventies.

Margaret
5.0 out of 5 stars A Page Turner
Reviewed in Australia on 7 April 2015
Verified Purchase
A page turner with complex characters and a slowly unfolding plot. It kept me intrigued to the end.
Read more
4 people found this helpful
Helpful
Report abuse

Francis Guenette
5.0 out of 5 stars A highly enjoyable mystery that plumbs the depths of human foibles
Reviewed in Australia on 11 January 2016
People see the world through personal and often flawed lenses. A good author leads the reader into a character’s thoughts and actions. At some point, the reader is forced to question the characters take on what’s happening. In, An Englishman’s Guide to Infidelity, Stuart Campbell proves himself to be particularly deft in his ability to create unreliable narrators.

The book opens with Jack and Thea as they prepare for a dinner out to celebrate their wedding anniversary. It isn’t long before it is patently obvious that dark currents lurk beneath the surface of both these people. By the end of the first chapter any illusions of normalcy are long gone. Thea is clearly an ethics professor who lacks ethics and Jack is relating that there are ten university degrees among his fellow group of inmates awaiting trial at the Remand Center.

And so the reader enters a roller-coaster ride as the author moves deftly from Jack’s perspective, to that of a young police woman struggling with her own issues when she is pulled into a murder investigation, to Thea’s. It isn’t long before the reader comes to see that not one of these characters can be trusted.

The writing is smooth and delicious. A couple of old people move like a pair of flapping galleons; a father speaks like a piece of stainless steel medical equipment, when he speaks at all; an apartment is sparsely furnished with desperately modern pieces and abstract paintings that veered between the decorative and the sadomasochistic.

Rod McDonald
4.0 out of 5 stars A very satisfying read
Reviewed in Australia on 31 July 2016
A handful of themes, nicely threaded together: part mystery, part whodunnit, part a depiction of an interesting relationship - and not only that, but unlike so many books and plays, it knew how to end.
Read more
4 people found this helpful
Helpful
Report abuse
See all reviews

KJD
5.0 out of 5 stars A beautifully crafted, off-key story of murder, mystery, misunderstanding and misdirection.
Reviewed in the United Kingdom on 14 April 2016
Verified Purchase
Told in first person by the three leading characters—Jack, the husband, Thea, the wife, and Fiona, the possibly deranged cop—this is a tour de force by Mr Campbell.

The married couple is well realised, believable, and described with all their faults and insecurities, but neither is completely likeable. Jack is weak and Thea is cold, and both have guilty secrets to hide from the authorities and from each other. I had a slight problem with the motivation of the detective, Fiona, which seems extremely suspect at first. By the end of the story, though, Mr Campbell explained her rather strange behaviour to my satisfaction. In fact, the whole story arc is extremely well handled, and, I can see this working well as a three-handed play.

By necessity, the minor characters are less well defined, but that didn’t detract from my enjoyment. They did what they needed to do by acting as antagonists and moving the story along rather well.

I have only one extremely minor gripe. One scene—the one with the golf clubs (no spoilers)—came as a complete surprise and should have left me shocked, shattered, and angry. Unfortunately, it didn’t, which probably had something to do with matter-of-fact way the victim reacted to it left me somewhat underwhelmed and a little disappointed. More should have been made of the outcome and the payback. In fact, I wanted more of this part of the story, but Mr Campbell preferred to leave us hanging. As I said, it is a minor gripe, but enough to cost the novel half a star on my arbitrary and rather harsh rating scale.

All that being said, I have no hesitation to recommend this novel to anyone who enjoys well-written, well-constructed, off-key, and darkly humorous stories. Nice work, Mr Campbell. Nice work indeed.
Read more
3 people found this helpful
Report abuse

Moonboy
4.0 out of 5 stars Forty Apple Trees....the place to be!
Reviewed in the United Kingdom on 17 January 2016
Verified Purchase
I find it refreshing to read a book from a different genre to the one that I am used to. The language and expressions are different, the writer's mind is working differently. Personally, I find it blows the cobwebs away from long-dormant corners of my mind.
To begin with, I wasn't impressed with the characters. They seemed smug, overprivileged, vain and selfish, cocooned in their twee world of self-satisfaction. But I persevered, and was rewarded. They started to grow on me, and within themselves, and I began to appreciate their creator's dry wit in the background. Sometimes I stopped to go back and read a sentence again and, sure enough, I had missed a throwaway line that was delivered in a matter-of-fact, almost deadpan manner, which on closer scrutiny was absolutely hilarious. So I slowed my reading speed right down. And this is the way I became used to this author's style; first tongue-in-cheek, then laugh- out-loud. Sometimes subtle, sometimes over the top. The narration of a completely fantastical chain of events, so enjoyable that it didn't matter if sometimes they were highly improbable. The reader wanted to believe that they could happen, so they became real enough. It was then that I entered the world of these characters and truly began to enjoy myself, because I began to care more about them, their myriad weaknesses gradually becoming endearing rather than off-putting.
This is Fiona;
"A keen breeze ruffled the apple trees, bringing a distant whiff of something rural and sour. I slid a few inches along the bench to find some sun. I asked for a glass of water."
And this is Jack;
"Do come in," the man said without hesitation. He was thin, shaven headed, and wearing a dressing gown. "Actually I think I've got the wrong house," I said. "I think I want next door." "Nonsense, Francis. Uncle Clive particularly wants to see you," the man said, leaning forward and clamping my elbow with a clammy hand. I could smell a nasty whiff of unwashed genitals from within the gown......"
I have to say my Kindle almost slipped from my hands as I fell about laughing.
Soon after the middle of the book the tone becomes much more that of a detective novel, and there was less humour, apart from instances such as when Thea refuses to allow Francis to use her loo and he has to go outside to his van and relieve himself into an orange squash bottle, which makes his van smell like a urinal on wheels.
The plot is well crafted, with only the occasional leap of faith required of the reader. Many intriguing but largely believable characters inhabit these pages, of whom some appear, only to entirely disappear. The author also displays an extremely keen eye for detail, which I greatly admired. There are some good mysteries at the heart of the book that draw the reader forward. Tantalising questions are posed about whether or not murder has taken place, and there are some fine studies in the effects of stress on human behaviour. The three separate viewpoints are very interesting and work very well to provide a compelling narrative.
Handled by the right publisher, this deserves to become a bestseller. And, sadly, that is the case with the work of so many indie authors who languish in hope.
Read more
3 people found this helpful
Report abuse

John Cowan
4.0 out of 5 stars A quirky, intriguing, but very good reading
Reviewed in Canada on 2 September 2016
Verified Purchase
This book is unusual, and it took me a couple of chapters to get into it. But once I did I was absorbed. The story is unusual but fascinating, and a very good read. I recommend it.
Read more
One person found this helpful
Report abuse

Johnp
5.0 out of 5 stars Plain and simple: I liked it!
Reviewed in Canada on 18 September 2016
Verified Purchase
I rarely write a review but I felt this deserved a review. It is different, intriguing, amusing, serious. I was never sure how it was going to end. I really enjoyed it and look forward to other offerings by this author.
Read more
One person found this helpful
Report abuse

IvyB
5.0 out of 5 stars A Good Read
Reviewed in Canada on 1 September 2016
Verified Purchase
I enjoyed this book very much. The characters are well developed and the plot interesting. The humour added to the interest. Will read the author' s next book.
Read more
One person found this helpful
Report abuse
See all reviews
Report an issue
Does this item contain inappropriate content?
Report
Do you believe that this item violates a copyright?
Report
Does this item contain quality or formatting issues?
Report