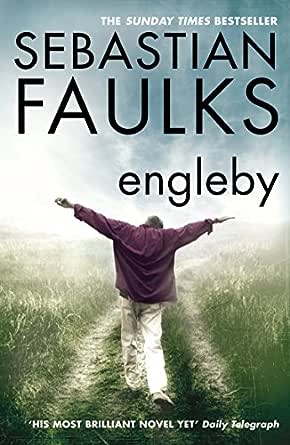 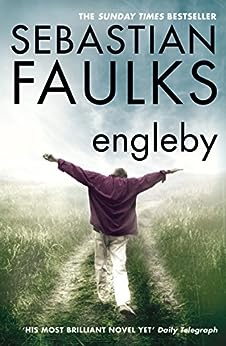 "Compulsively readable yet deeply disturbing. . . . To read Engleby is to be carried in the arms of a master." --The Denver Post"A cold, clever book about a cold, clever character. . . . Sebastian Faulks will soon be known as one of the most versatile writers at work today-and one of the most entertaining." --The New York Observer "Beware: Engleby is no ordinary whodunit. . . . With artistry and skill, [Faulks] turns a would-be murder mystery into a meditation on consciousness." --The Washington Post"Engleby himself-funny, fiercely intelligent, unreliable, arrogant and solipsistic-is an intriguing . . . mesmerizing creation." --San Francisco Chronicle "Engleby is a verbal performance, and Faulks jacks up the degree of difficulty by choosing to impersonate a brilliant, manic young sociopath. . . . Dazzlingly ironic, Nabokovian modernism." --The New York Times

Sebastian Faulks's new audiobook is a bolt from the blue contemporary, demotic, angry, heart-wrenching and funny in the deepest shade of black.
See all Product description

Sascot
3.0 out of 5 stars Bit of a slog
28 October 2016 - Published on Amazon.com
Verified Purchase
The "chatty" style of this book by an author I admire and love is hard to take. As others have noted, this is utterly different to anything he has written before. I almost gave up because Mike's narrative at the start irritated me. So much of what is contained in this novel seems to me to be utterly irrelevant. Pages of Jen's diaries that go on and on about.....nothing. Mike's life is as odd as is Mike and frankly full of things that are neither sensational nor interesting but be careful. If you skip some of this, as I did, you run the danger of missing a sentence that is important to the story, thrown in seemingly at random. This is of course part and parcel of who Mike obviously is supposed to be but I found it odd that one short sentence thrown down at the end of a chapter mentions, "en passant" so to speak, that he finally had sex with Margaret.

The story and prose are brilliant Sebastian Faulks but because the whole book is Mike telling us about Mike, who is not exactly a bright light in the firmament, it lacks any kind of lift that Mike himself needs and so becomes pretty heavy going. There is a deeper meaning to this book as there is to Mike. I just found it a bit of a slog getting there.

Bob Richey
4.0 out of 5 stars Don't Give Up on This Book, It is A Slow Starter
30 December 2007 - Published on Amazon.com
Verified Purchase
I have a couple of warnings about this book. First of all, it is fiction (I think). There are a lot of very sad occurrences throughout this book, but there is a lot of humor. I almost felt guilty in my enjoyment of some of the humor. The phrase that best describes this book might be "self evaluation" or perhaps "self perception" since this story is told in the first person by the title character, Michael Engleby.

Mike is from a poor family, but is able to attend public school (which, in England means private school) where we first meet him. He is somewhat of a loner throughout the book, but we are constantly looking at his experiences and acquaintances through his eyes. The fact that Mike has near-total recall allows us to visit, completely, earlier events throughout Mike's life.

After public school, he attends a college (which I have never heard of, but may exist. I am not familiar with most of the colleges) in Cambridge. The story follows Mike through all of his schooling and then to a career in London with all of the stresses, fun and worries of growing up.

The pivotal event in the book concerns a girl at Cambridge who interested Mike. She attends a different college but their paths do cross (mostly through efforts on Mike's part) especially during a filming project in Ireland on which they both worked. This girl disappears one night at Cambridge and was not found despite the efforts of police, friends and family. Her memory lives with Mike many years later.

I have to say that during the first quarter of this book, I became somewhat bored, but I am glad that I continued. The further that I progressed into this book, the more I was fascinated by it. I hope not to give away anything of the plot by saying this, but I feel that I must. If you read this book, do not put it aside until you have read the final page. Your assumed conclusion may be in error.

I am now at a point that I would love to find one of those book store talks by authors with Sebastian Faulks as the guest. It would be fascinating to me to hear his thoughts on what this book is really about.

Have I piqued your curiosity? I hope so.

Fred Schaefer
5.0 out of 5 stars Absolutely brilliant
10 May 2014 - Published on Amazon.com
Verified Purchase
This is the first novel by Sebastian Faulks that I have read. I am very impressed. A brilliant novel. Three quarters through the book I thought I knew the ending. I didn't. The ending is the work of a writer on top of his art. I highly recommend this book!
Read more
2 people found this helpful

Ruth Anderson
3.0 out of 5 stars Not his usual standard
14 April 2013 - Published on Amazon.com
Verified Purchase
Very slow to get moving - building his psychological profile, but sort of fizzled out. I am a great fan of Sebastian Faulks for his depth of characters and story telling. I felt let down by this one.
Read more
One person found this helpful