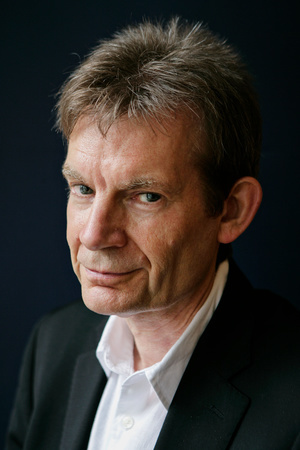 England and Other Stories Paperback – 1 July 2015

by Graham Swift (Author)
3.9 out of 5 stars 63 ratings
See all formats and editions
Sorry, there was a problem loading this page. Try again.

Graham Swift was born in 1949 and is the author of eleven novels, two collections of short stories, including the highly acclaimed England and Other Stories, and of Making an Elephant, a book of essays, portraits, poetry and reflections on his life in writing. His most recent novel, Mothering Sunday, became an international bestseller and won The Hawthornden Prize for best work of imaginative literature. With Waterland he won the Guardian Fiction Prize, and with Last Orders the Booker Prize. Both novels were made into films. His work has appeared in over thirty languages.
Start reading England and Other Stories on your Kindle in under a minute.

3.9 out of 5 stars
3.9 out of 5
63 global ratings
How are ratings calculated?
To calculate the overall star rating and percentage breakdown by star, we don’t use a simple average. Instead, our system considers things like how recent a review is and if the reviewer bought the item on Amazon. It also analyses reviews to verify trustworthiness.

Mr. Othniel Smith
4.0 out of 5 stars Excavating Ordinariness
Reviewed in the United Kingdom on 2 February 2018
Verified Purchase
The masterful novelist ("Waterland", "Last Orders") presents us with a series of slice-of-life stories, allowing us to muse on the concept of Englishness.

These bite-sized snippets, mostly contemporary (there are a couple of elegant forays into historical fiction), focus on the lives of ordinary people dealing with everyday crises - divorce, illness, bereavement, child abuse, etc.

The writing is both warm and clinically precise, marking up in philosophical depth for what it lacks in terms of incident. Despite their brevity, the stories all seem complete, the characters affectionately drawn.

There is the occasional sense of box-ticking as regards issues of race and sexuality. Taken as a whole, though, this is a recognisable portrait of a complex nation.

Amazonian Customer
5.0 out of 5 stars Fabulous writing
Reviewed in the United Kingdom on 1 April 2018
Verified Purchase
I love Graham Swift's writing. This collection of twenty five stories give us glimpses into the lives of normal people in different parts of the country. A couple have a historical setting but most are contemporary and many explore his favourite themes of loss and grief.
Read more
Report abuse

Jane Bronte
5.0 out of 5 stars Wonderful variety
Reviewed in the United Kingdom on 13 December 2014
Verified Purchase
This is a really varied collection of short stories beautifully written and a thoroughly enjoyable read,for all tastes and interests.
Read more
One person found this helpful
Report abuse

carolinen
5.0 out of 5 stars Captivating
Reviewed in the United Kingdom on 23 June 2017
Verified Purchase
Graham Swift - as captivating with the art of the short story as he is with his novels. You will have your favourites, but every one is unexpected and will hit you somewhere.
Read more
Report abuse
See all reviews
Back to top
Get to Know Us
Make Money with Us
Let Us Help You
And don't forget:
© 1996-2021, Amazon.com, Inc. or its affiliates