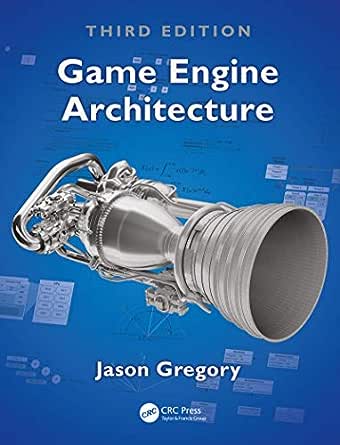 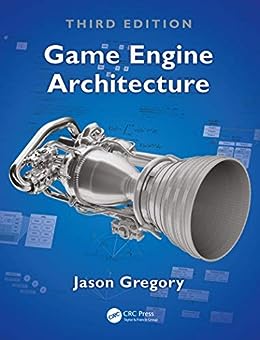 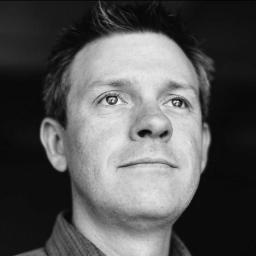 Jason Gregory has worked as a software engineer in the games industry since March 1999 and as a professional software engineer since 1994. He got his start in game programming at Midway Home Entertainment in San Diego, where he worked on Hydro Thunder 2 and Offroad Thunder, and wrote the Playstation 2/Xbox animation system for Freaky Flyers and Crank the Weasel. In 2003, Jason moved to Electronic Arts Los Angeles, where he worked on engine and gameplay technology for Medal of Honor: Pacific Assault and served as a lead engineer on the Medal of Honor: Airborne project. Jason is currently a Lead Programmer at Naughty Dog Inc., where he and his colleagues are currently working on The Last of Us: Part II for Playstation 4. He also developed engine and gameplay software for every game in the Uncharted series, and The Last of Us on PS3 and PS4, and has also taught courses in game technology at the University of Southern California. --This text refers to the digital edition.
click to open popover

Bruno Miguel Lourenco
2.0 out of 5 stars Good book, bad condition
Reviewed in the United Kingdom on 13 January 2019
Verified Purchase
Nothing wrong with the book contents, it's pretty well known for it's quality content. Horrible shipping and whatever else made it arrive with a tear and many dents on the cover.
Read more

Isaac Vega
5.0 out of 5 stars A very complete book for game development
Reviewed in Mexico on 21 December 2019
Verified Purchase
Either for beginners or advanced developers, this book covers most of the necessary topics you would need to master to develop video games using industry standards.

The level of detail is excellent to begin your own journey on every topic you would like to explore further, do NOT expect to become an expert in any area by just following up the book.

I am reading the electronic version of the book in an iPad, it has no issues, clear fonts, format and images.

Future
5.0 out of 5 stars Huge book
Reviewed in Germany on 22 October 2018
Verified Purchase
I could not imagine it is this big. 1000 pages. Will read only some chapters.
Read more
One person found this helpful
Helpful
Sending feedback...
Thank you for your feedback.
Sorry, we failed to record your vote. Please try again
Report abuse
Load more international reviews

Amazon Customer
4.0 out of 5 stars Beware of seller ebookstore
Reviewed in India on 23 May 2019
Verified Purchase
There are supposed to be color images at the back of the book, but my copy has only black and white images. I'm not sure if this is an original copy. The content otherwise is however superb.
Read more
Helpful
Sending feedback...
Thank you for your feedback.
Sorry, we failed to record your vote. Please try again
Report abuse

Kartik Sharma
5.0 out of 5 stars Great book! Worth it!
Reviewed in India on 30 December 2018
Verified Purchase
Great book to learn about game engine development!
Read more
Helpful
Sending feedback...
Thank you for your feedback.
Sorry, we failed to record your vote. Please try again
Report abuse

borja
5.0 out of 5 stars Really nice and complete
Reviewed in Spain on 26 April 2019
Verified Purchase
Nice and complete, I would recommend it
Read more
Helpful
Sending feedback...
Thank you for your feedback.
Sorry, we failed to record your vote. Please try again
Report abuse

Kindle Customer
2.0 out of 5 stars Great content but very poorly made
Reviewed in the United Kingdom on 23 September 2018
Verified Purchase
The book is absolutely amazing in terms of the content. This and the previous edition were incredibly useful during the development of my game engine

Unfortunately, the quality of the physical book was dreadful! The first book I received, the spine was not attached and the front cover was ripped along the spine both inside and out. I decided to return it and get a second one but that book was almost just as bad. The spine was also not properly attached which means that it is going to break really easily. This is by far the worst quality textbook I have ever owned and is especially not the quality I expect from a £60 book!
Read more

Tinkerer
5.0 out of 5 stars There's nothing else out there that's this comprehensive
Reviewed in the United States on 18 August 2019
Verified Purchase
Unlike my last review, this one I'm happy to write. I'm a game engine programmer, but I don't have a long history with games, and how their engines are typically structured. Every in-house AAA engine will be different of course, and obviously you won't find books (or typically any docs at all really) on the structure of these behemoths, so the best you can hope for is something that tries to give you the high level overview of what to look for - how a tools pipeline is setup, what subsystems to expect, how they interact, etc.

This book provides all of that, and so, so much more. I really can't believe how much is packed in this thing. A really nice section on OS fundamentals, extensive coverage of concurrent programming, tools, audio, physics, it's all there (in one way or another). Like most of these kinds of books, you probably don't want to try and read it front to back (although that would be awesome, who has the time for that?) Instead, I've been going to sections on an as-needed basis and picking up just the stuff I need most at that time, and it's been great.

I'm at the point in my career where I'm just not buying as many books as I used to, either because they don't deliver on their promises, they only cover the basics, or they just rehash things that have already been covered extensively in other books. This book's definitely got me excited, because it provides a ton of real-world info that's hard to get anywhere else. 100% recommend to anyone new to game engine software development.

UPDATE: 6 months later, and this book continues to amaze. After studying every line of code in the section on memory allocators, I've added this feature to my engine and it works great. Same with quaternions. I just keep finding myself reaching for this book! What a great resource, rock solid.
Read more
6 people found this helpful
Helpful
Sending feedback...
Thank you for your feedback.
Sorry, we failed to record your vote. Please try again
Report abuse

Piotr S.
5.0 out of 5 stars good quality
Reviewed in the United States on 13 February 2019
Verified Purchase
Content is top notch as always. My 5-stars go mainly to reflect print quality of the book. Text is nice and clear, binding is done in proper cloth spine binding as you would expect from hardcover edition. Ordered my book on Feb 5th, 2019 and received it on Feb 11th, 2019. The book feels solid not like to fall apart right away. No issues like those reported for "Real-Time Rendering, 4th Edition" or "Physically Based Rendering: From Theory to Implementation 3rd Edition" or "3D Math Primer for Graphics and Game Development, 2nd Edition". This one is a keeper, so sad some other CG books had to go beacuse of the quality "issues".
Read more

YAQOUB HABBAS RAJAAN
5.0 out of 5 stars Super
Reviewed in the United States on 5 March 2019
Verified Purchase
This book axactly what I'm looking for, the Third Edition even better. If you want to improve your skills this book will help you indeed.
Read more
2 people found this helpful
Helpful
Sending feedback...
Thank you for your feedback.
Sorry, we failed to record your vote. Please try again
Report abuse