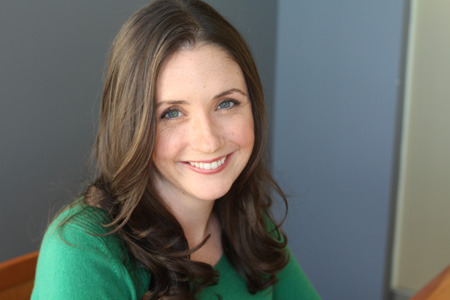 by J Courtney Sullivan (Author)
4.1 out of 5 stars 342 ratings
See all formats and editions
Sorry, there was a problem loading this page. Try again.

"Sullivan is a born storyteller. Like its mineral muse, Engagements shines."
--Entertainment Weekly "The Engagements is a delightful marriage of cultural research and literary entertainment."
--The Washington Post "Sullivan takes the cake when it comes to tying the knot. . . . A generously populated, multi-generational tale."
--The Chicago Tribune, Editor's Choice "Any one of the five stories of The Engagements could have been a novel in itself. Taken together, though, they rather brilliantly represent different facets of marriage.... Captivating."
--The Minneapolis Star Tribune "This is one smart summer read."
--People "Well-crafted. . . . Sullivan's admiration and affection for Gerety, and sensitivity to the challenges she faced, make for entertaining and touching passages."
--USA Today "The Engagements is a rollicking, entertaining read and a thought-provoking one too."
--The Huffington Post "A fun look at diamond advertising and the people who do--and do not--buy into the hype."
--Real Simple "Dazzling. . . . An exhilarating, compulsive read. Sullivan fully inhabits her characters, whether she's writing about a blue-collar Massachusetts emergency worker or a patrician elderly woman."
--BookPage "A seamless tapestry . . . Sullivan is a keen observer of people and how they morph over time, either being softened by the years or made more brittle by strife."
--Bookreporter "Satisfying. . . . At each stage of the game, the engagement ring has a different meaning."
--Janet Maslin, The New York Times "Sullivan has written an intricate, beautifully timed novel, so delicious in its gradual unfolding that readers will want to reread it immediately to enjoy the fully realized ties."
--Library Journal "An honest interpretation of the American marriage along with the true story of how the diamond ring has become so deeply integrated into society."
--The Tampa Bay Times "[Sullivan] threads her story with the glitter of diamonds. . . . A tale that sweeps across varied emotional landscapes."
--Daily News "An entertaining read of emotional maturity."
--The Guardian (London) "Sullivan pulls off the difficult task of creating distinctive voices for characters spread across the past sixty years."
--The Wall Street Journal "A modern update of The Spoils of Poynton; elegant, assured, often moving and with a gentle moral lesson to boot."
--Kirkus Reviews (starred review) "At the heart of each episode lies that sparkly symbol of romantic commitments . . . given a sharp and crystalline coherence by virtue of Sullivan's sometimes bold, sometimes nuanced improvisation on the resonance of the diamond engagement ring."
--Booklist

J. Courtney Sullivan is the New York Times bestselling author of the novels Commencement, Maine and The Engagements. Maine was named a Best Book of the Year by Time magazine, and a Washington Post Notable Book for 2011. The Engagements was one of People Magazine's Top Ten Books of 2013 and an Irish Times Best Book of the Year. It will be translated into seventeen languages. Her writing has also appeared in The New York Times Book Review, the Chicago Tribune, New York magazine, Elle, Glamour, Allure, Real Simple, and O: The Oprah Magazine, among many others. She lives in Brooklyn, New York.

Start reading The Engagements on your Kindle in under a minute.

4.1 out of 5 stars
4.1 out of 5
342 global ratings
How are ratings calculated?
To calculate the overall star rating and percentage breakdown by star, we don’t use a simple average. Instead, our system considers things like how recent a review is and if the reviewer bought the item on Amazon. It also analyses reviews to verify trustworthiness.

NinaD
5.0 out of 5 stars Enjoyable on every level
Reviewed in the United Kingdom on 30 September 2013
Verified Purchase
I read this book in just a couple of sittings as it gripped me from the first word. There are so many layers of plots and themes here, all woven into a satisfying whole. It begins with the story of a real-life woman, Frances Gerety, who worked for Ayer advertising agency and coined the slogan 'A diamond is forever'. Apparently, females in advertising at that time were only allowed to work with 'female' products. From exploring attitudes to women and work in the 1950s and onwards, the story then branches out into exploring engagement and marriage through the subsequent decades. So we see a couple married for years trying to cope with their son's abandonment of his wife and children in the 1970s; a husband and wife struggling with financial problems in the 1980s; a stormy relationship between a young musical prodigy and an older French woman, and finally, a gay marriage. The stories mesh together towards the end of the book. The author's style of writing was easy-to-read and flowed beautifully without being too light. The perfect marriage of style and substance. Recommended.
Read more
One person found this helpful
Report abuse

BubbleBee
5.0 out of 5 stars great story
Reviewed in the United Kingdom on 27 June 2014
Verified Purchase
I was skeptical at first when I bought this, but it really is awesome. The book is set from multiple perspectives and yet all the stories are very realistic and fit into each other effortlessly. I thoroughly enjoyed it, and loved the fact that it was a real life story instead of some blithering romance about how marriage is the only thing to aspire to. It gave a very raw but entertaining view of the institution that is marriage, and ultimately left me wanting more from this author.
Read more
Report abuse

Morag MacKenzie
5.0 out of 5 stars Don't judge a book by it's cover!
Reviewed in the United Kingdom on 3 April 2014
Verified Purchase
I loved this book. Beautifully written with interesting intertwining stories about diamonds & why they are so sought after as a symbol of everlasting love. There are fascinating characters from all walks of life with all their background stories. I found the book irresistable & am planning to read more of J Courtney Sullivan's work.
Read more
Report abuse

lizzylou
3.0 out of 5 stars Happy ending
Reviewed in the United Kingdom on 2 June 2014
Verified Purchase
No need for crude language to spice it up? well written but predictable with some entertaining moments in an unlikely plot,I.did connect with the theme of economic struggle and eternal hope but a bit fairystoryish!
Read more
Report abuse

Amazon Customer
4.0 out of 5 stars Great read.
Reviewed in the United Kingdom on 25 October 2015
Verified Purchase
Interesting read about how advertising changed what getting engaged means, and also a brief history of paramedics. Great read.
Read more
Report abuse
See all reviews
Back to top
Get to Know Us
Make Money with Us
Let Us Help You
And don't forget:
© 1996-2021, Amazon.com, Inc. or its affiliates