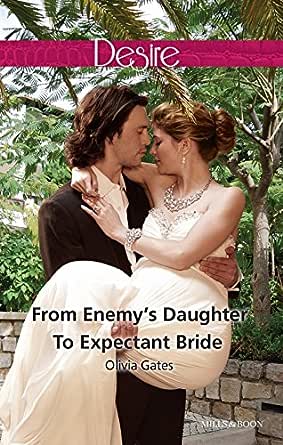 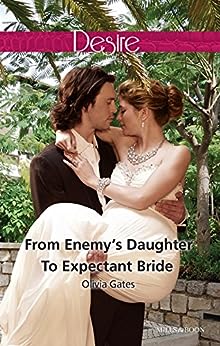 USA TODAY Bestselling author Olivia Gates has published over thirty books in contemporary, action/adventure and paranormal romance. And whether in today's world or the others she creates, she writes larger than life heroes and heroines worthy of them, the only ones who'll bring those sheikhs, princes, billionaires or gods to their knees. She loves to hear from readers at oliviagates@gmail.com or on facebook.com/oliviagatesauthor, Twitter @Oliviagates. For her latest news visit oliviagates.com --This text refers to an alternate kindle_edition edition.

Kerry31
4.0 out of 5 stars Great
Reviewed in the United Kingdom on 6 February 2015
Verified Purchase
I really liked this story. All the Characters are witty as well as extremely interesting. Eliana and Numbers are great. The storyline and plot are well written. It is a book that at the beginning you have to concentrate on it is no coffee break read, more like a long journey or relaxing next to the pool. But be warned the sex is hot and frequent. Enjoy
Read more
One person found this helpful
Report abuse

Melanie Valente
1.0 out of 5 stars Not for me
Reviewed in the United States on 28 September 2019
Verified Purchase
From Enemy's Daughter to Expectant Bride was a quick read but ultimately it was not the book for me.

Rafael Salazar’s life was irrevocably changed when he was a child after he was ripped from the only life he’d ever known. Having returned to Rio to confront the man responsible, Rafael is ready to finally have his revenge. But during a ball where he is watching his prey, Rafael spots Eliana from across the room and instantly knows he has to have her. But after discovering who she is, Rafael realizes she may be the one thing he can’t have if he’s to have his revenge.

Rafael and Eliana’s relationship starts out as a case of instant attraction and never really moves beyond that in my opinion. Little time is spent on the two falling in love, so I had a hard time believing they had. Ellie’s character turns into a doormat where Rafael is concerned and she never stands up to him in any meaningful way which was very irritating. A lot of the scenes between them are physical and they weren’t particularly well written or engaging. Also, in a couple of the scenes they go the pain is pleasure route which is not my cup of tea and I ended up skimming those scenes because of it.

The revenge plot in this book wasn’t my favorite and went for the obvious choice too often to be entertaining. Initially I thought the set up was a good one, Rafael was kidnapped as a child and forged a bond with other kidnapped children before eventually orchestrating their escapes. Unfortunately little background is given on why the children were taken which would have made the story more interesting. I found Eliana being the daughter of the person responsible for Rafael’s kidnapping to be convenient and I never bought the father not realizing who Rafael was. The ending was lackluster and the author chose to take the easy way out rather than creating real conflict between the main couple that they would have had to work through.

Overall if I hadn’t needed to read From Enemy's Daughter to Expectant Bride for a challenge, I likely would not have finished the book. I will not be continuing on with the series.

A. Richard
5.0 out of 5 stars Emotionally intense
Reviewed in the United States on 2 November 2014
Verified Purchase
The emotional intensity in a novel by Olivia Gates has never been more consuming than in FROM ENEMY’S DAUGHTER TO EXPECTANT BRIDE. Regardless of what type of feeling is being expressed, the scene grabs your total focus from the picture imagined in your mind. Ms. Gates never disappoints when it comes to creating alpha heroes who need the love of a strong-willed woman.

When Rafael Salazar was much younger, he was taken from his family and forced to do the bidding of merciless men who only wanted their goals fulfilled. Luckily for him, other captive boys being held at the place they called Black Castle let him become a part of their group. With their help, Rafael did manage to live through the ordeal and eventually they escaped. Now years later, he is a wealthy financial expert and is ready to implement a plan for retribution.

An opportunity has arose where the man responsible for Rafael being imprisoned for years can be made to pay for his offenses, where any future happiness will be taken from him. Right before the scheme is put into motion, Rafael comes in contact with a woman at a gathering. Though he has just met Eliana Ferreira and does not know her last name until later, their longing for each other is physically and emotionally fiery. When she discovers his identity, she thinks his career would cause too many complications for them to be a couple. What Eliana does not realize is that she is involved in his quest for vengeance, but the overpowering passion between them cannot be denied.

The Billionaires of Black Castle miniseries begins with an explosive romance filled with unpredictable situations and a spirited couple. Olivia Gates knows how to make the hero likable while never taking away his imposing traits, qualities that made Rafael impressive in and out of the bedroom. Though he is certainly an enthusiastic lover, he also displays thoughtfulness for Eliana at all times plus has a soft spot for those suffering some misfortune. The instantaneous connection they seem to have may not happen often in real life, but it certainly is captivating to see these two communicate their yearning for the other in various ways. Ms. Gates repeatedly took my breath away with her intimate descriptions of their sex scenes. The emotions conveyed all through the book are backed with passion and genuine feelings, and I never knew from one moment to the next when the secrets Rafael was keeping might be revealed and cause the couple problems.

Details about the large group of men linked because of their dark past are gradually exposed with a few surprises, and the several who were met are definitely unique in personality and have varied backgrounds. The whole premise of the Billionaires of Black Castle miniseries is very intriguing, and I am eager to learn about each man’s upcoming adventures. With a new book in the miniseries coming out next month, I am overjoyed to not have a long wait before discovering more about one of those greatly affected by the cruelty of others. Every second of FROM ENEMY’S DAUGHTER TO EXPECTANT BRIDE is notably compelling.
Read more
6 people found this helpful
Report abuse

Jess HybridRose
4.0 out of 5 stars It was smoldering
Reviewed in the United States on 10 July 2019
Verified Purchase
I liked how sexy it was, the only reason that I took a star off was that the final mystery revelation was so rushed that I completely missed it! I had to re-read it because it was so fast, from the reveal to the END was like 3 pages! What! Building the story up so much to then skim through the revelation that it made me feel confused and lacking. It was just cut off... like they explained it in 3 sentences and then THE END. Everything else was interesting.
Read more
One person found this helpful
Report abuse
See all reviews
Get FREE delivery with Amazon Prime
Prime members enjoy FREE Delivery and exclusive access to movies, TV shows, music, Kindle e-books, Twitch Prime, and more.
> Get Started
Back to top
Get to Know Us
Make Money with Us
Let Us Help You
And don't forget:
© 1996-2020, Amazon.com, Inc. or its affiliates