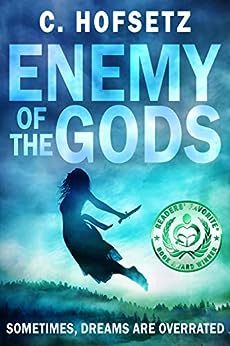 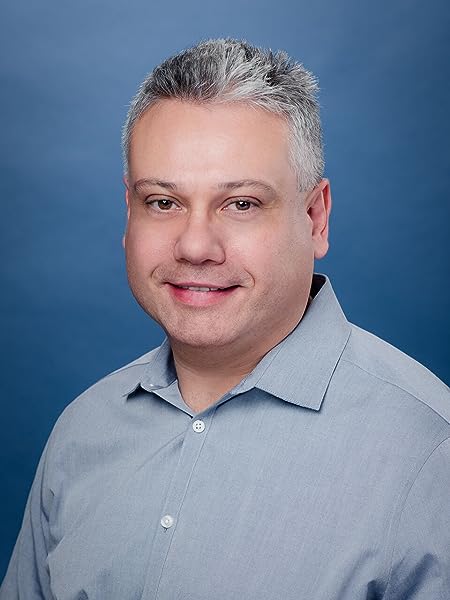 Enemy of the Gods: When Dreams and Parallel Earths are Overrated. (Challenges of the Gods Book 2) Kindle Edition

Mark H
3.0 out of 5 stars Complex and confusing war in dream space or heaven
Reviewed in Australia on 30 April 2020
I was confused by the number of planet earth duplicates, and the many duplicate people with different names. This may make a lot more sense if it is read after the first book. I started to appreciate the story telling the further into the book that I read, but overall felt that much of the story I really didn't follow. The classification of angels and archangels was unusual, unique and outright strange.
Read more
Helpful
Report abuse
See all reviews

DenyMeNot
4.0 out of 5 stars Who doesn't love a skeptical hero...anti-hero...hero?
Reviewed in the United States on 4 April 2020
Verified Purchase
Yep, this tale just like that starter, takes plenty of twists, has lots of secrets, reveals and the bad guy is yourself? Hahaha, yeah, that's verging on spoilers so I won't say more.

In essence this is the continuation of the first book but that said I think this could be read as a standalone no problem (except for the “cliffhanger” ending that clearly let's you know there's much more to come). Zeon is a main character I would describe as a babbling skeptic who can't tell a lie to save his life (or anyone else's) but despite that he's definitely one of the few guys with a working conscience (or one he listens to?). Which is how he found himself imprisoned to begin with and in many ways it's also what drives the story. He's also responsible for most of my laughs in this book, the guy is a good vehicle for us as readers and we *need* that because like I said before this is a “lots of turns” sort of tale. Which isn't a complaint by the way, but it does mean that many a time I found myself thinking one way only to quickly realize it's actually another (much like Zeon) and to me that's the hallmark of a good book. It keeps you reading and guessing.
That said, it's not my favorite thing about this book (or not completely). What I really enjoy about this book is that it can be highly philosophical like how being isolated is considered the highest form of punishment (yet somehow having an internet connection is still allowed) or how Zeon will casually drop that while he was in Pangea (which by the way haha for that ancient reference) he finally understood what made someone conscious and so because he knows the how and why of the cerebral cortex he can make Harry (yeah sure, just another Tuesday right?) or how Jora and Earth are basically the same planet but in parallel universes. All logical even if extraordinary. But then there's the missile who identifies as female and I just checked my real world rules at the door and buckled in for a wild mental ride.
And that's the thing, my favorite types of books are the ones that make you think in the moment but also afterwards. Which despite what I've been saying is also the reason that I rate this one a 4 and not a 5. Yes, this brought loads of interesting thoughts to me in the moment however once read, that was that. So I can't honestly give it a 5 though I enjoyed the overall story, the characters, and thought the writing was great.

I'd gladly recommend this to sci-fi lovers and among them especially those who like metaphysical reads but I'd be a little cautious in picking this up if you're looking for something that's purely entertainment because I'm very much of the opinion that this'll make you think (provided you want to keep up with it) so just keep that in mind before picking this up and give it a pass if you're strictly looking for something light.

J
4.0 out of 5 stars Good, even on its own
Reviewed in the United States on 25 March 2020
Verified Purchase
I haven't read the first book, Challenges of the Gods, but even so, this book could stand alone and be great all by itself. Of course I was a bit lost at the beginning but I feel like you would be even if you HAD read the first book, it's meant to be that way, it's meant for you to feel a bit discombobulated. This was a great sci-fi fantasy that was incredibly well-written and kept me reading and laughing, and I was happy with the ending. I will say that just in general I have a hard time envisioning life beyond reality, so that was a challenge for me, but the book kept me intrigued nonetheless. Definitely a must-read!
Read more
2 people found this helpful
Report abuse

Mangohomer
5.0 out of 5 stars Rapid-fire science fiction that swears
Reviewed in the United States on 18 April 2020
Verified Purchase
I've never read anything like this series, and Hofsetz comes back with another stellar installment. The main character, Zeon, continues to be a hapless genius who constantly finds himself shot at by his own friends (of whom there are multiple versions from different dimensions), all while having snarky, jaded things to say about his situation. The story itself never stops and is constantly keeping you on the edge of your seat in a variety of wild settings and situations novel to the genre. I'm looking forward to the next books in the series.
Read more
One person found this helpful
Report abuse

Karenb
5.0 out of 5 stars Fast read
Reviewed in the United States on 19 September 2020
Verified Purchase
This was as good as the first book. Fast read
Read more
Report abuse
See all reviews
Back to top
Get to Know Us
Make Money with Us
Let Us Help You
And don't forget:
© 1996-2021, Amazon.com, Inc. or its affiliates