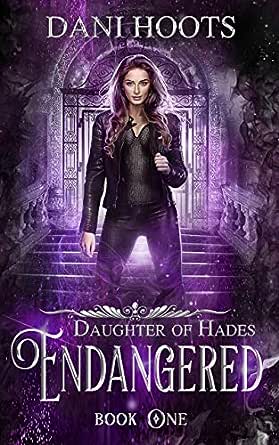 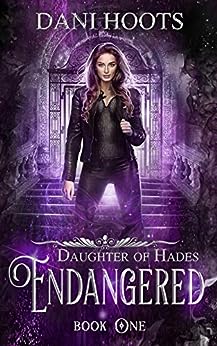 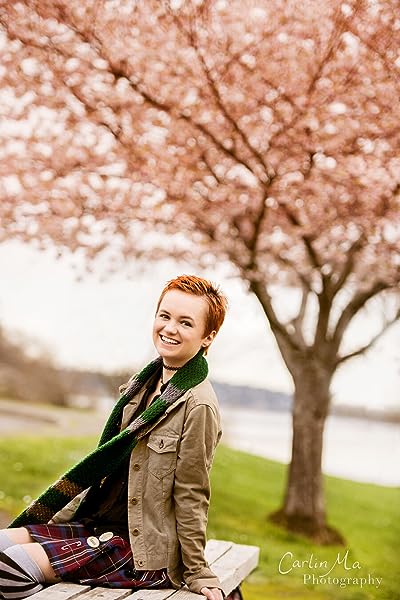 John Green, NCGBT
3.0 out of 5 stars Underworld Blues
Reviewed in Australia on 6 December 2017
***Disclosure: I received a copy in exchange for a review.***

The First Five Words/Intro: “Hello and welcome to the Underworld. My name is Chrys, and I am the daughter of Hades. May I take your coat?” Sets the tone for the story but didn’t inspire much confidence. For a goddess who’s never set foot out of the Underworld she’s got a definitively modern style to her. If she’s been alive for so many thousands of years- and was personally mentored by Shakespeare himself- why does she only have contemporary references yet remain so clueless about things?

Style: The POV switches between Chrys and Huntley; an interesting tactic that allows you to see the story from different perspectives. The overall tone is pretty consistent yet uneven. Again, this is the centuries-old daughter of a god and a goddess in her own right, yet she’s only matured physically/emotionally to a high school level? I’d like to think there’s a reason for this, especially as every other godly being encountered is clearly an adult- aside from her own friends, conveniently- but we’re not given one.

Characters: Chrys is interesting enough but seems stuck in a permanent state of wangst. She can’t seem to make up her mind about much of anything other than being self-absorbed Ex: “My father was one of the most important people in my life, if the not the most important…” Really? You’re not sure? You know all of four people and you can’t tell where your own father ranks among them? Smooth. For a main character she doesn’t have much of an arc or growth through the story.

Huntley is an ok dude with some depth and develops more than Chrys does. He’s never much examined his circumstances and always treaded carefully, aware of how fragile his status is, but begins piecing things together and wondering about his place as a mortal amongst gods.

AJ or Agenor, has a potentially interesting backstory as how a son of Poseidon ended up in the Underworld, but we never learn it. This Agenor seems like he was based off the one from the Wrath of the Titans movie than actual mythology. You know he’s up to something; but what it is and why isn’t what you’d expect.

Story & Conflict: When we finally get to it, it’s a little disappointing. Without going into spoilers a lot of trouble could’ve been avoided if Hades had done what he should’ve all along and only offered to after everything hits the fan: train Chrys properly. The whole story centers around keeping Chrys under wraps and unknown to the rest of the gods, yet Hades never bothers to develop her powers even though he knows what she’s capable of and she’s constantly frightened of what could happen should she lose control. But no one ever teaches her.

Right when things were getting kinda interesting, the author pulls out the same old MarySue/Chosen One card: Chrys is the one from the prophecy with the power to destroy the gods, etc, blahblahblah.

I was ready to stop reading right there.

I don’t understand why *every* PNR/UF story- especially YA- want to go down this road. What’s the point? Where’s the struggle and conflict if the character is all-powerful right from the jump? Why can’t they just discover (not all of) their abilities, work around their limitations and face challenges with/against their peers? Ultimate beings are ultimately pretty damn dull and this doesn’t leave much room for improvement in the sequels: who can stand up to an all-powerful entity who’s fated to win? Why would anyone even try?

Dialogue: Everyone speaks in a contemporary style, fitting enough for a modern day setting. But again, you’d think Chrys- and everyone else who resides in the Underworld- would have more formal & archaic speech patterns as they never leave it and have limited exposure to the world.

Narrative/Pacing: a pretty even keel for the most part. The bulk of the story is filled with the dynamics of the relationship between Chrys & Huntley and how they relate to everyone else. It’s not bad, just could’ve used more punch, or maybe a little something from Hades’ own POV.

Overall, there’s a story buried in here and has the potential to be a good one. It just needs to be treated as what it claims to be: a goddess who shouldn’t exist coming into her own to face those who want to destroy her, instead of a whiny teenaged girl whose tantrums could destroy the world and the father who never trained her not to. Because with the latter everyone else has a good point in wanting to stop her.

Melinda
2.0 out of 5 stars A Disappointing Read.
Reviewed in Australia on 14 July 2016
*This book was received via Netgalley in exchange for an honest review*

I went into this book with high expectation but they fell flat. I was disappointed that in the synopsis it said that Huntley died and woke up with Chrys above him but that event had already occurred in the book and Huntley had been in the Underworld for 1-2 years. I also didn't like Chrys' character, as I found her really annoying, and how she insisted on going up and visiting Earth; anyone could tell from a mile off it was a bad idea, especially if Hades tells you not to. A.J.'s suspicious behaviour was also dismissed by Huntley but it was obvious from the start he was up to something. I didn't like the writing style for most of the book, especially Huntley's P.O.V. when he continually went on and on about how much he liked Chrys and how much he wanted to protect her. The only saving grace of the book was the ending in which there was some action and things got more interesting. Overall, this was a disappointing read that was saved only by the action-packed ending.
Read more
Helpful
Report abuse
See all reviews

Tam Chronin
5.0 out of 5 stars When the concepts of birth and death combine, there might be hell to pay.
Reviewed in the United States on 4 July 2020
Verified Purchase
This is a fun, interesting take on Greek mythological characters in the modern world. It takes the premise of Hades and Persephone having a child together and explores a lot of "what if" along that line. Chrys is hidden from the rest of the world, and with good reason. Her powers are too much for any single god to be trusted with. So, she is in a perpetual sheltered state, forced into the role of teenager for entirely too long.

Being a person who has been intrigued by the myth of Persephone and Hades for ages, I've seen many takes on their relationship. I absolutely love when they're passionately in love with each other, but this is not that sort of tale. Persephone resents Hades and the rest of the underworld, but she's still forced to return every year. This, naturally, sets up the main character, Chrys, to deal with her own feelings of rejection and abandonment, bringing a great deal of insecurity to a very powerful, and lonely, goddess. She saved a lost soul, seemingly on a whim, who ostensibly tutors her in modern life, but is really more of a friend and potential love interest. A love interest handicapped by the example of her parents.

This book shows a lot of compassion and understanding about the feelings of a person put into this sort of position. I wish Huntely's past and motivations had been a bit more fleshed out because he seems like a bit of a generic bad boy at times, but my wish list doesn't mean it's a necessity and there's more story to be had in the next book.

All in all, this was a fun read, worth spending a carefree afternoon with.
Read more
3 people found this helpful
Report abuse

david miller
5.0 out of 5 stars Awesome read...
Reviewed in the United States on 17 November 2020
Verified Purchase
Absolutely fantastic book. I love all the characters and already to start the next one.. I will have to check out your other books.. thanks
Dori Labastida
Kinky_ bar_ fly@yahoo.com
Read more
One person found this helpful
Report abuse

Amazon Customer
5.0 out of 5 stars Love this series.
Reviewed in the United States on 28 April 2020
Verified Purchase
I love they way this writers tells stories. I can't put down reading once I start. Enjoy!
Read more
One person found this helpful
Report abuse

Alex_K
4.0 out of 5 stars And I am not disappointed. From the first chapter throughout the book I ...
Reviewed in the United States on 31 May 2016
Verified Purchase
****ARC received in exchange for my honest review****

I requested this book because I am a big fan of the Greek mythology and try to read as many books about as I can. When I saw that this story was about Hade and Persephone and their struggle with their relationship and family I was hooked.
And I am not disappointed. From the first chapter throughout the book I enjoyed this story. I felt for all the characters and the alternating storytelling from Chrys's and Huntleys point of view kept me wanting reading more. So if you like Greek mythology this is definitely a book for you. Can't wait for the next book in the series.
Read more
One person found this helpful
Report abuse
See all reviews
Get FREE delivery with Amazon Prime
Prime members enjoy FREE Delivery and exclusive access to movies, TV shows, music, Kindle e-books, Twitch Prime, and more.
> Get Started
Back to top
Get to Know Us
Make Money with Us
Let Us Help You
And don't forget:
© 1996-2020, Amazon.com, Inc. or its affiliates