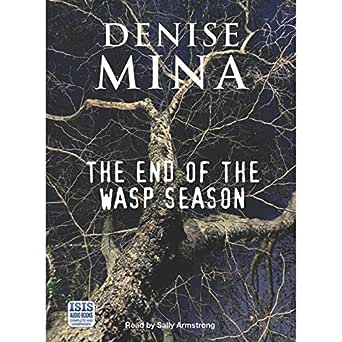 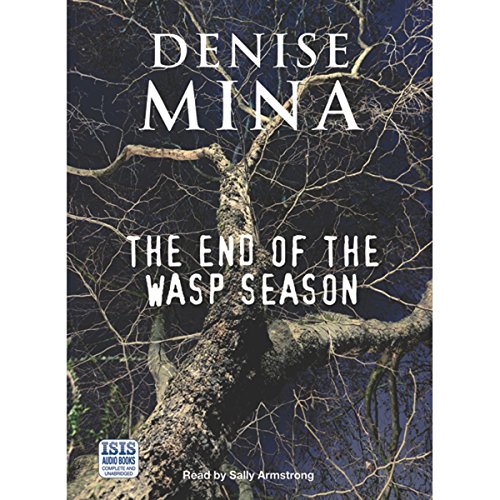 The End of the Wasp Season

4.2 out of 5 stars
4.2 out of 5
212 global ratings
How are ratings calculated?
To calculate the overall star rating and percentage breakdown by star, we don’t use a simple average. Instead, our system considers things like how recent a review is and if the reviewer bought the item on Amazon. It also analyses reviews to verify trustworthiness.

Snapdragon
TOP 10 REVIEWER
5.0 out of 5 stars Masterful
Reviewed in Australia on 22 April 2019
Verified Purchase
This is really skilful writing. We know from the beginning that two boys from a posh private Catholic school killed young Sarah Erroll and that they have made some sort of mistake about her identity. The question is: which of them is most responsible and who were they really after? As the story progresses we find out more about the why and it has to be said that Mina plots the revelations brilliantly. The other thing that really deserves high praise is her depth of insight into her characters. You never feel for a moment that she doesn’t understand them completely and deeply. Yet it’s all conveyed with an admirable economy. We’re talking about a wide variety of characters too, from Morrow’s gangster brother Danny, the poor but proud and struggling single mum Kay, the rich and boorish Lars Anderson, his struggling son Tom, the coppers resentful of their heavy handed boss Bannerman and of course the doughty Morrow herself, five months pregnant with twins, to name a few. It’s a tragic tale of failed parenting on one hand and unexpected relief from life’s worries on another. In passing, the bureaucratic decision to pay the lower ranks better is critiqued for its inevitable outcome - no one wants to take on higher police duties for less pay and the rank and file become clock watchers, losing their dedication to solving a case. Factor in excellent scene setting, confident mastery of technical details (including computer animation of who stepped where in what sequence based on bloody footprints) and fantastic imagery (Tom was the only begotten son, now forsaken by the father). Brilliant stuff.
Read more
One person found this helpful
Helpful
Comment Report abuse
See all reviews

Paris
4.0 out of 5 stars Good and getting better
Reviewed in the United Kingdom on 18 September 2020
Verified Purchase
This is the second of this author’s crime novels I have read. I am reading the Alex Morrow series in order, largely as I saw Val McDermid, one of my very favourite authors, recommend DM strongly. This book for me was a great improvement on the first. Perhaps I needed to adapt to the writing style and concept. The writing is good throughout and I like the way DM assumes her readers have a brain - always a good start. There are several interesting, if not wholly original, themes running through this, with the ‘why’ being more important than the ‘who’. Having said that, there is an interesting ending, any more would be a spoiler.
I have ordered the third in the series on the strength of this book; after the first, I was definitely in two minds, but this moved up several notches. I do enjoy finding a new crime writer!

S Ward
5.0 out of 5 stars A truly great writer
Reviewed in the United Kingdom on 6 June 2019
Verified Purchase
The writing does not have the pace and drama of some crime novels, and it is all the better for it. The author spends more time drawing out the character of the places and people to really bring the story alive. A great read.
Read more
2 people found this helpful
Report abuse

Zombat 5
3.0 out of 5 stars And then it ended....
Reviewed in the United Kingdom on 24 September 2017
Verified Purchase
Read the kindle edition so can only review that. Plot was building nicely towards a denouement and then, when I turned the next 'page', I was presented with "Acknowledgements".
Sorry? What happened there? Is there a chapter or two missing from the Kindle edition?
It's as if the author suddenly thought it was all too much hard work and took the easy way out with a "mystery ending".

E
5.0 out of 5 stars So, so good.
Reviewed in the United Kingdom on 24 July 2020
Verified Purchase
This must be one of the best police procedural/thriller/crime novels around. The twist at the end will knock your socks off.
Read more
One person found this helpful
Report abuse

Sue
4.0 out of 5 stars Who really did it?
Reviewed in the United Kingdom on 21 September 2012
Verified Purchase
I read this book with some friends as part of a book club. I really enjoyed it as I love murder mysteries and this is a bit different as you know who was involved with the murder from the start and some of the characters are portrayed in enough detail to make them believable. The murder is really secondary to the exploration of the impact of family life on children - for the good and bad! When we discussed it at the book club we came to different conclusions about who had actually committed the murder. Several of us read parts of it again and still couldn't really tell who did it. This was a bit annoying and, for me, it moved the book from a 5* to a 4*. I wish the author had made it a bit clearer - or maybe I am missing the point and it is like this on purpose - still annoying though.
Read more
5 people found this helpful
Report abuse
See all reviews
Get FREE delivery with Amazon Prime
Prime members enjoy FREE Delivery and exclusive access to movies, TV shows, music, Kindle e-books, Twitch Prime, and more.
> Get Started
Back to top
Get to Know Us
Make Money with Us
Let Us Help You
And don't forget:
© 1996-2020, Amazon.com, Inc. or its affiliates