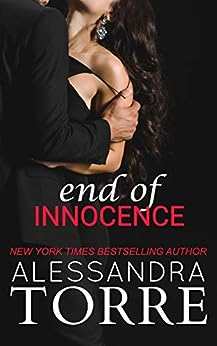 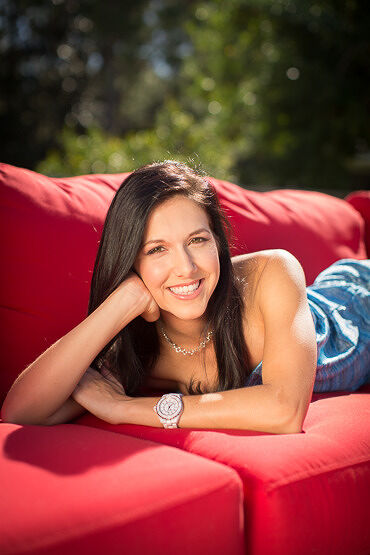 End of the Innocence Kindle Edition

Alessandra Torre is a USA Today Bestselling author who focuses on contemporary erotica. Her first book, Blindfolded Innocence, was published in July 2012, and was an Erotica #1 Bestseller for two weeks. The sequel to Blindfolded, Masked Innocence, will be released in February 2014. Alessandra lives in the Southern United States and is married, with one young child. She enjoys reading, spending time with her family, and playing with her dogs. Her favorite authors include Lisa Gardner, Gillian Flynn, and Jennifer Crusie. Learn more about Alessandra on her website at www.alessandratorre.com, or you can find her on Twitter (@ReadAlessandra) or her Facebook fanpage. --This text refers to the paperback edition.

4.6 out of 5 stars
4.6 out of 5
336 global ratings
How are ratings calculated?
To calculate the overall star rating and percentage breakdown by star, we don’t use a simple average. Instead, our system considers things like how recent a review is and if the reviewer bought the item on Amazon. It also analyses reviews to verify trustworthiness.

Sara Garrett
4.0 out of 5 stars One steamy read!
Reviewed in Australia on 4 July 2014
Verified Purchase
I absolutely loved this series. I started with the first book and then couldn't stop!

Brad and Julia's story was full of steamy scenes and then came the incredible, kept-me-on-the-edge-of-my-seat mystery behind Brad's mafia family.

There were parts of this story that could've been drawn out like finding out where Julia goes to law school after her battle of that decision and then (WARNING SPOILER) the part after Julia escapes could've been more drawn out. There were just parts that left you needing more information.

Other than those parts, I am very happy to have read of this series and would definitely recommend it to my friends!
Read more
One person found this helpful
Helpful
Report abuse

PJ
5.0 out of 5 stars A favourite of mine
Reviewed in Australia on 9 April 2018
Verified Purchase
Well written story with the characters believable
Brad ‘s domination is beautiful M/s Torre got him right he is older and has life experience to the younger Julia just are so perfect together
Brad is blown away by his need for her
Best book
I have re read this several times and listen to the audio
Have now read all your books
Hurry for you next
Read more
Helpful
Report abuse

Kindle Customer
5.0 out of 5 stars So enjoyed this
Reviewed in Australia on 3 June 2018
Verified Purchase
I loved this story along with the sexy bits, of course lol. It had a great story line with enough suspense to keep pages turning and some really surprising twists and turns. I would highly recommend this author to anyone.
Read more
Helpful
Report abuse

NicShef❤️Reading
TOP 10 REVIEWER
5.0 out of 5 stars Talk about sizzling.... No innocence here at all
Reviewed in Australia on 6 October 2015
Verified Purchase
Mystery, great sexual tension, chemistry, intrigue - this book has it all. What a way to end an incredible series.
Read more
One person found this helpful
Helpful
Report abuse

Kindle Customer
5.0 out of 5 stars I'm grieving... I've just finished Brad and Julia's story
Reviewed in the United Kingdom on 16 September 2020
Verified Purchase
I can't believe Book 1 was a debut novel, this is one talented writer. The story was complex and well thought out, the characters believable and endearing and the narration impeccable. And how can a basically kinky story seem so innocent and charming! Shall miss this couple for quite a while but I know they appear in at least one other of Ms Torre's books (Filthy Vows - also recommended).
Read more
Report abuse

Kindle Customer
5.0 out of 5 stars Leaves Fifty Shades in the shade
Reviewed in the United Kingdom on 3 June 2018
Verified Purchase
I should have read this trilogy first but had already read another book by this author. Our hero turns up in the first book and I was intrigued by him from get go and wanted to hear his story. Hooked from the moment I picked up book 1 in series of three, couldn't put them down. Totally believable plot with beautifully constructed characters. Enough twists and turns from page 1 to make it impossible to put down. A really good read and highly recommended
Read more
Report abuse

Spotfree
5.0 out of 5 stars Enjoyed the trilogy!
Reviewed in the United Kingdom on 18 December 2019
Verified Purchase
Read a number of the author’s books before. In fact the last series where Brad and Julia featured in and wanted to read their story. Definitely worth reading all three.
Read more
One person found this helpful
Report abuse

Gill Matthews
5.0 out of 5 stars BRILLIANT
Reviewed in the United Kingdom on 27 March 2014
Verified Purchase
I won't go into the plot as others have done just read this yourself you will not be dissapointed This is just a wonderful,fantastic,beautiful,breathtaking, emotional,sexy passionate book that you cant put down once you have started the final book in the trilogy. You will adore the main characters and fall in love with them this was so worth waiting for. I have loved, loved the series in fact I am heartbroken that Julia and Brad have come to an end I can't stop thinking about them. Every one of Alessandra's books is an absolute must read. Thank you I can't wait for your next book
Read more
One person found this helpful
Report abuse

midgebar
5.0 out of 5 stars Superb innocence
Reviewed in the United Kingdom on 27 September 2018
Verified Purchase
This is the third time i have read this trilogy and each time have fallen in love with Brad and Julia. I really didn't want their story to end. There are enormous story lines for them still out there and would implore Alessandra to please look into the positive resurrection of my favourite couple.
Read more
One person found this helpful
Report abuse
See all reviews
Back to top
Get to Know Us
Make Money with Us
Let Us Help You
And don't forget:
© 1996-2021, Amazon.com, Inc. or its affiliates