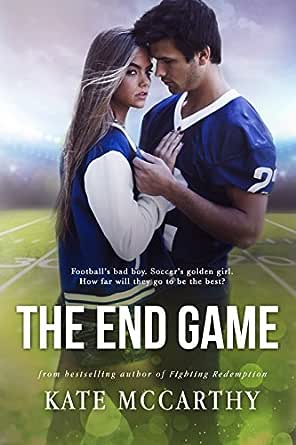 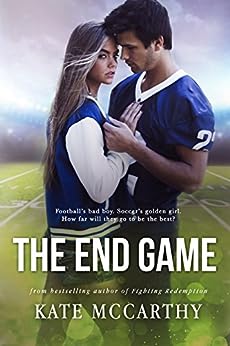 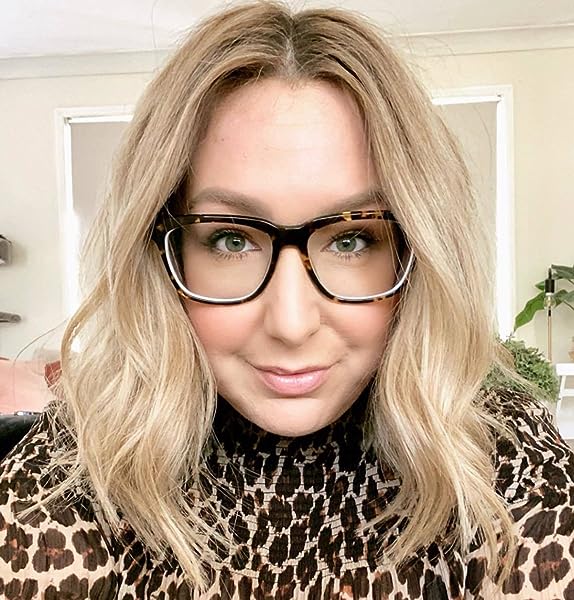 Myshell
5.0 out of 5 stars Word Wizard in the making!
Reviewed in Australia on 12 October 2015
Verified Purchase
4.5 stars for Kate McCarthy's "The End Game".

I'll start by saying that I loved the female lead Jordan, especially because she was Australian and there were a lot of references to Australian things (i.e. the delish thing we call Vegemite / Milo, etc)

The End Game is not just a story of a superstar soccer player meeting a superstar football player. There are a lot of layers to this story that make it truly a pleasure to read. This story allows you to understand the pressures that come with being on top of your game and how those pressures can get to you and take you from an all time high down to your own all time low.

This is the first of Kate's work that I have read and since have gone onto read some of her other titles. She truly is a word wizard!
Read more
Helpful
Report abuse

Possy2012
4.0 out of 5 stars Great 4.5 star read
Reviewed in Australia on 18 October 2015
Verified Purchase
This is my first novel by this author and i really enjoyed it. It did sit on my kindle for a while before i dove in but i am glad that i did. The story is original and the characters feel real and their flaws are true. I loved the tension, the unknown and the love that these too had. It was written so well and became nearly impossible to put down.
Its a great sports read without too much boring sport talk.
Its got the feels that make you care.
Its got the characters that also make you care.
Read more
Helpful
Report abuse

Gtr33gurl
5.0 out of 5 stars Loved it!!!
Reviewed in Australia on 15 September 2015
Verified Purchase
OMG I loved this book 2 athletes meeting falling in love what more could you want ahhh some twists some drama a couple of villains and bobs your uncle a 5 star read the journey was not smooth the damage Brody's parents done to him was disgusting what despicable human beings but Jordan was balm to Brody's soul and Jordan loved him through it all she was a strong beautiful heroine the writing flowed and took me along for a ride great work Kate worth the wait indeed!!!
Read more
Helpful
Report abuse

S. Baron
5.0 out of 5 stars Loved it
Reviewed in Australia on 14 September 2015
Verified Purchase
this is the first book I have read by Kate McCarthy, but it will not be the last. This story kept me glued and fighting sleep so I could keep reading. the main characters were both flawed and real and being Australian I loved that the lead female was an aussie. Story had many twists and turns and felt very real.
Read more
Helpful
Report abuse

Aaliyah Rose
5.0 out of 5 stars A stunning tale of love, loss, self discovery and redemption. A perfect romance.
Reviewed in Australia on 8 September 2015
Verified Purchase
WOW WOW WOW

Another stunning romance from the author of my favourite book, Fighting Redemption. A definite must read for the college romance lover. An epic love story that is set to get your hearts racing and blow your mind. Definitely not what I expected, in the best way possible!!

Renae
TOP 1000 REVIEWER
5.0 out of 5 stars Bloody Fantastic
Reviewed in Australia on 23 September 2015
Verified Purchase
I didn't want it to end. Kate McCarthy has released another knockout. I loved everything about it. I laughed, I cried and I loved.
A definite must read.
Read more
Helpful
Report abuse
See all reviews

MLM 66
5.0 out of 5 stars Brilliant emotional End Game..!!
Reviewed in the United Kingdom on 22 September 2015
Verified Purchase
Kate McCarthy has done it again, bought us another fabulous story, as if the prologue wasn't enough of a tease, we had to suffer until the bitter end.
Jordan left Sydney for Texas she had no problems settling in, she was welcomed by her new friends and you could tell she was going to get on with every one even this early on there was plenty of banter.
Before Brody came on the scene there is Jax, you find yourself trying to piece things together, who plays soccer who doesn't etc and what will become of Jax in all of this because Brody has already seen Jordan but Jax kind of got there first.
Brody soon claimed Jordan as his girl but it didn't come without an altercation with Jax I thought it was going to cause some long term problems between them but It didn't thank goodness because Jax not is Brody's cousin but very valuable friend in deed.
This story ties you up in knots Jordan and Brody have some great moments together but unfortunately you can see it all going wrong before your very eyes and it does more than once and you can't do a thing about it.
Brody has issues with his parents and the way he is treated by them, this causes a knock on effect with his life, it is extremely sad but he has got some people that look out for him but it's still not enough.
Brody ends up hitting Rock bottom and almost loosing his life and everything in between but Jordan stood by him, wanted to be there for him but he pushed her away because of her career so she's now back in Oz and almost where the prologue ended.
We know that Brody is spending his time getting himself well and his life back on track ready to go get his girl.!
We had a beautiful ending to Jordan and Brody's story they went through so much they waited for each other and got there in the end.
I love the way Kate McCarthy tells the story you connect with the characters, you feel every situation and defiantly every emotion..
If you loved this book, check out The Shortstop by A.M. Madden.
I'm looking forward to what ever comes next from this great author.
Thank you.
Read more
One person found this helpful
Report abuse

Kelly O'connor
5.0 out of 5 stars An awesome read !
Reviewed in the United Kingdom on 10 September 2015
Verified Purchase
What can I say about this book ? It's left me in an emotional mess . I've experienced so many highs and so many lows I feel wrecked. Saying I loved this book doesn't seem in any way enough, I felt as if I lived this book what happened to Brody and Jordan affected me as well. There were times during the book I wanted to scream at Brody decision making but this book gives a realistic insight into the pressures faced by professional athletes to be the best. There are many twists and turns, funny scenes that make you laugh out loud, sexy scenes that get you hot under the collar and scene that shocked me to my core making it one of my favourite reads this year !
Read more
One person found this helpful
Report abuse

Lisa
5.0 out of 5 stars Brilliant
Reviewed in the United Kingdom on 29 September 2016
Verified Purchase
I thought I would get another young adult/new adult typical sports romance read but this is so much better than the majority of other books in this genre on the market at the moment. Whilst it started off in typical fashion it soon developed into so much more with gritty issues and emotions abound. You cannot help but feel that you have run the emotional gauntlet with these characters. I loved that Kate McCarthy took the necessary space to explore the characters and their issues and didn't give into the temptation of rushing through to the ending. It was brilliantly done.
Read more
One person found this helpful
Report abuse

Viv
5.0 out of 5 stars Brilliant
Reviewed in the United Kingdom on 15 September 2015
Verified Purchase
Amazing story, so well written. Absolutely nothing cliche about this story. Parts are so heartbreakingly sad and the story has such realism that. You just keep hoping that Jordan and Brody will make it.
Worth every penny and definitely recommend you1 click now. I was hooked from the start
Read more
Report abuse

Kindle Customer
5.0 out of 5 stars WOW
Reviewed in the United Kingdom on 8 December 2015
Verified Purchase
The first sports book to actually tell you the real story behind the player! I was captivated. In love. Both characters had an amazing story to tell and I simple fell in love w/o them. Thank you for a beautiful story, a heart breaking story. But beautifully written.
Read more
Report abuse
See all reviews
Back to top
Get to Know Us
Make Money with Us
Let Us Help You
And don't forget:
© 1996-2021, Amazon.com, Inc. or its affiliates