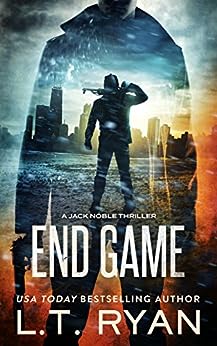 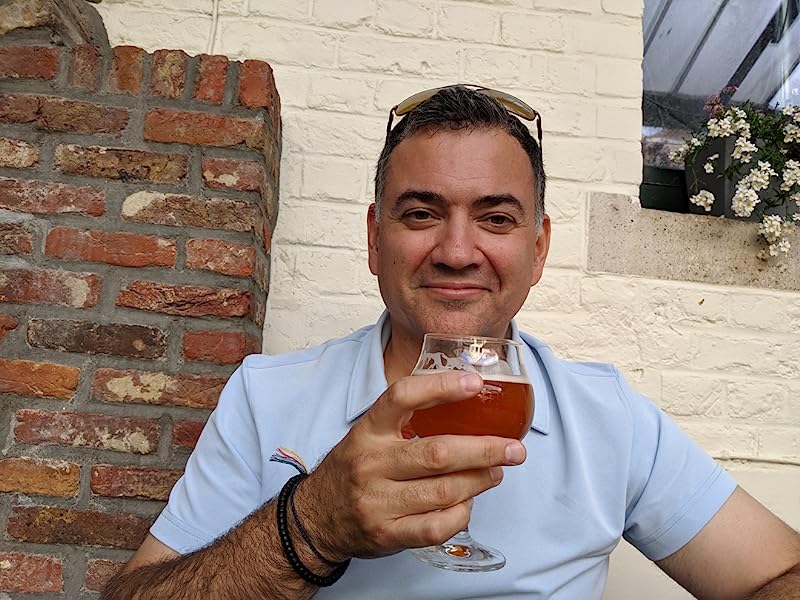 4.5 out of 5 stars
4.5 out of 5
1,175 global ratings
How are ratings calculated?
To calculate the overall star rating and percentage breakdown by star, we don’t use a simple average. Instead, our system considers things like how recent a review is and if the reviewer bought the item on Amazon. It also analyses reviews to verify trustworthiness.

66today
5.0 out of 5 stars Waiting for 13
Reviewed in Australia on 29 January 2020
Verified Purchase
Just finished End Game no.12 in the Jack Noble series. I have read ail (1 to 12) and now wait for no.13. I enjoyed every book, many times not wanting to close my tablet. If anybody wants a good read that does not dwell on blood and guts it is worthwhile reading.Well done LT.
Read more
Helpful
Report abuse

Lynette E. Hanley
5.0 out of 5 stars Adventure Plus
Reviewed in Australia on 11 June 2021
Verified Purchase
Another thrilling Jack and Bear adventure! Lee is a fantastic writer and I would recommend this book to readers who enjoy fast paced thrill ride !
Read more
Helpful
Report abuse

shirleY BASILEzKi ndle Customer
5.0 out of 5 stars Looking for trouble.
Reviewed in Australia on 25 February 2021
.

This was a great read. Loved the actions which at times was unexpected. Recommend this book by this author.
Read more
Helpful
Report abuse

EILEEN PARSONS
5.0 out of 5 stars Eileen (Bernie) Parsons
Reviewed in Australia on 28 November 2019
Verified Purchase
The End Game is book 12 in this fantastic series by L.T Ryan. The first book being Noble Beginnings. I had never heard of L.T Ryan before, so when I saw this book advertised I decided to give it a go. Well, that was the beginning of having to wait for the next book to be released which is the only downside. The daredevils, Jack Noble and Riley (Bear) Logan, are the two guys that are willing to go out to any country in the world and sort things out They are totally fearless but have a kind side. They work really well together and always look out for each other when the going gets really tough, which is most of the time. This whole series is full of exciting action which keeps you totally involved. Each book seems to contain more daring action than the last one which makes the reader always wanting more. Hence the pain of waiting for the next book! If that's the kind of read you are looking for you will not be disappointed with this great series. My advice is to give L.T Ryan a go. You will not be disappointed. L.T. Ryan does not disappoints. Just remember to start with the first book Noble Beginnings. I am a Jack Reacher and Mitch Rapp fan. They never disappoint either!
Read more
Helpful
Report abuse
See all reviews

Kindle Customer
5.0 out of 5 stars Another Noble masterpiece!
Reviewed in the United Kingdom on 26 February 2020
Verified Purchase
I've read all the books in the current Jack Noble series. Each one as gripping as the last. I love Jack and Bears characters. The mix of humour, love and brotherhood between them, gives the reader a deep empathy and admiration of them both. Which completely detracts the reader away from the fact that they are both assassin's. Each assignment is riddled with suspense, intrigue, confusion and fear. L. T. Ryan is a master at writing in a way that transports you into their world. Seeing into the minds and hearts of Noble and Bear as they shoot and kill their way through their high octane lives.

Annette
2.0 out of 5 stars Disappointed
Reviewed in the United Kingdom on 8 June 2019
Verified Purchase
When there are only 12 books in a series and you read them all, and you get to number 12 and its called "End Game" you expect it be the end of something, even if it's just the end of Jack and Bear. What you don't expect is a story that takes place somewhere in the the middle of the series.
I was really disappointed
Read more
One person found this helpful
Report abuse

ThrillerMan
1.0 out of 5 stars An absolute con.
Reviewed in the United Kingdom on 4 December 2019
Verified Purchase
I cannot believe that someone as adept as LT Ryan needs to entitle a book End Game, and then drop into the middle of the series, before lots of major events have happened, thereby making the book pointless in terms of characters that are now dead.
I bought the book thinking and believing that END GAME was the 12th book in the series and would carry on from where 11 left off.
I don't like being conned and I want my money back.
Read more
Report abuse

Kindle Customer
5.0 out of 5 stars Nobles past proves informative.
Reviewed in the United Kingdom on 20 June 2021
Verified Purchase
As I have read the series I found myself a little confused due to what initially I considered a number of sub plots and rapid twists and turns in Jack Nobles life. Once I had mastered the style of the Author the story lines became clearer and I started to anticipate that I would be encouraged to think a twist would occur. This has led to considerable enjoyment and held my attention much better than other series I have read. The appearance of this novel came as a further surprise given Nobles adventures post the time line involved and the development of characters in these later years in the timeliness. It was good to learn more of Nobles past and the story develops the character and strengthens the ability of the reader to understand Noble and some of his actions , thoughts and deeds in later years. He is a complex character and I doubt he will ever find total peace with himself. A thoroughly entertaining book and I look forward to more.
Read more
Report abuse

rodney h
2.0 out of 5 stars What a con, not the endgame at all
Reviewed in the United Kingdom on 10 November 2019
Verified Purchase
I have read all previous jack noble books and expected this to be the conclusion. It is not. It is placed between books 3 and 4 and should be numbered 3a, not 12. Stop milking the readers and be honest !!!!!
Read more
One person found this helpful
Report abuse
See all reviews
Back to top
Get to Know Us
Make Money with Us
Let Us Help You
And don't forget:
© 1996-2021, Amazon.com, Inc. or its affiliates