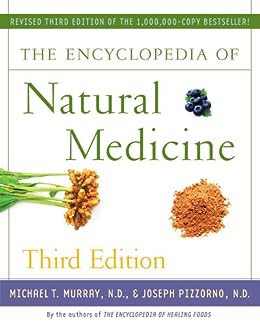 4.7 out of 5 stars
4.7 out of 5
691 global ratings
How are ratings calculated?
To calculate the overall star rating and percentage breakdown by star, we don’t use a simple average. Instead, our system considers things like how recent a review is and if the reviewer bought the item on Amazon. It also analyses reviews to verify trustworthiness.

johnavon
5.0 out of 5 stars an excellent book that everyone needs
Reviewed in the United Kingdom on 13 February 2020
Verified Purchase
this book is an excellent complement to your general physician(GP).

Your GP is an expert in diagnosis. (S) He has many years of training in diagnosis and acute medicine. The problem is, once the diagnosis is made, the treatment options are determined by the pharmaceutical companies. Your GP has to choose 1 of the options they recommend. Pharmaceutical companies will only work with synthetic chemicals, because these are the only chemicals that they can patent, and protect their profits.

If you are not happy with the clinical trial results, look at the naturally occurring chemicals that can be boosted by using the foods and supplements recommended in this book. This book both covers the treatment and explains the chemical pathways involved, and provides supporting research evidence.

I have successfully used this book to address a number of conditions where the pharmaceutical approach has failed.
Read more
21 people found this helpful
Report abuse

A Customer
5.0 out of 5 stars Astonishingly comprehensive book - excellent value for money!
Reviewed in the United Kingdom on 4 October 2021
Verified Purchase
This huge book (1219 pages) is very comprehensive - with only one omission that I noticed - that is epilepsy (so I looked it up online). I think this is a useful addition to any bookshelf - and it is really astounding value for money!! I find the nutritional supplement advice, dietary advice and botanical medicine advice to be the most useful of all - thank you Drs Murray and Pizzorno. (I cannot imagine how long it took to write!).
Read more
One person found this helpful
Report abuse

Devere Wolfe
5.0 out of 5 stars Healthy Living for You
Reviewed in the United Kingdom on 3 August 2018
Verified Purchase
This paperback book, all 1219 pages of it was highly recommended to me by a Health Food guru I visit from time to time. I had expressed a wish to be more informed before calling in by to purchase his products. This book does that in spades, giving descriptions of conditions and the (preferred) road to alleviate the symptoms. I cannot recommend this book enough, it is very good at what it was written to convey. The Seller was prompt in dispatching it too.
Read more
6 people found this helpful
Report abuse

alessandra
5.0 out of 5 stars Wonderful book very informative and complete
Reviewed in the United Kingdom on 9 October 2020
Verified Purchase
This is a book a saw the first time in the library of my University. It is quite big but is wonderful enough to have a place on my busy desk. It really well written, informative and a must have for every practitioner passionated of medicine and naturopathy. It worths the price.
Read more
3 people found this helpful
Report abuse

Alif
5.0 out of 5 stars The best Nutrition book out there
Reviewed in the United Kingdom on 21 December 2020
Verified Purchase
Fabulous book. Extensive information covering a host of conditions. Very thick and heavy, so one for the desk/clinic, not ideal to carry to college!
Read more
3 people found this helpful
Report abuse
See all reviews
Report an issue
Does this item contain inappropriate content?
Report
Do you believe that this item violates a copyright?
Report
Does this item contain quality or formatting issues?
Report