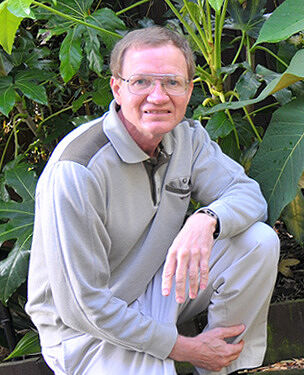 Encounters with Jesus: A Collection of Vision Encounters Paperback – 14 September 2018

by Mr. Douglas T. Tews (Author)
Edition: 1st
See all formats and editions
Sorry, there was a problem loading this page. Try again.

This book is the story of a journey—a man’s pursuit for greater intimacy with God. Doug Tews shares over 50 amazing God encounters experienced as a result of his pursuit.

As a believer, Doug was gripped by stories of Moses and his encounters with God. He would inwardly yearn while reading verses like Exodus 33:11— “The Lord would speak to Moses face to face, as one speaks to a friend.” He mused, “Today we are under a superior covenant…surely we should be able to experience God on the same level…”

In his book, Doug refrains from sharing only mountain top experiences. That would not paint a realistic picture. Rather, he includes incidents of falling short and learning. As such, his journey is honestly portrayed, trusting readers will learn from his mistakes, as well as successes. Above all, Doug’s journey confirms the glorious reality: God still desires to speak with His children face to face!!

Rev. Gary Oates—author, “Open My Eyes, Lord”
“Encounters with Jesus has made a profound impact on my life. It is a powerful resource to help me easily enter into His presence. It has ignited a desire, a new passion, for more of the Lord – to seek His face like never before…”
Read more
Previous page
Next page
Start reading Encounters with Jesus: A Collection of Vision Encounters on your Kindle in under a minute.

Doug was born and raised in a suburb of Milwaukee, Wisconsin. As a child, he was baptized and confirmed in the Lutheran church. He came to a personal knowledge of the Lord Jesus Christ while in college through Baptist friends and the ministry of the Navigators.

After transferring to a different college, he continued to forge friendships across denominational lines through Intervarsity Christian Fellowship. His life was then deeply impacted in the 1970’s through the ministry of a group of charismatic Catholics and Lutherans.

After graduating from college, the Lord opened doors for Doug to move to south Florida, where he was a member of the Wesleyan church for many years.

In late 2005, Doug’s work took him to the Isle of Wight in the UK where he lived for nearly ten years. It became apparent, the Lord was doing a significant work there, which Doug was pleased to be a part of. In 2015, the Lord engineered circumstances bringing him back to Florida, where he resides today.

Through the years, Doug’s relationship with God has been fully Christ centered, not denominationally centered. His eclectic Christian experience across denominational lines allows him to freely communicate and relate to Christians of all backgrounds.

Today, Doug enjoys speaking to people, exhorting them in the knowledge, God has far more for people to experience in Him than they ever imagined. His book, &quot;Encounters with Jesus&quot; is a living example of that.

Doug Tews may be contacted at: welcome@encounterswithjesusbook.com