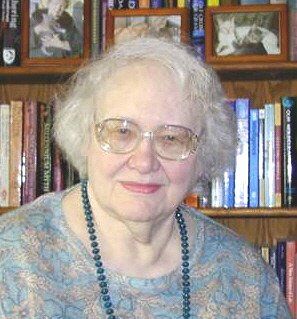 by Sylvia Louise Engdahl (Author)
4.6 out of 5 stars 93 ratings
See all formats and editions
Sorry, there was a problem loading this page. Try again.

4.6 out of 5 stars
4.6 out of 5
93 global ratings
How are ratings calculated?
To calculate the overall star rating and percentage breakdown by star, we don’t use a simple average. Instead, our system considers things like how recent a review is and if the reviewer bought the item on Amazon. It also analyses reviews to verify trustworthiness.

Susu
TOP 1000 REVIEWER
5.0 out of 5 stars A magical, thought-provoking story that challenges your views of humanity and the future
Reviewed in Australia on 30 May 2021
I have just reread this story again after first having read it in the 70s and having reread it many times since. And I am struck again by just how good it is. Narrated by Elana who is a young member of an advanced civilisation, she tells this story from three perspectives: her own, in first person; from Jarel's viewpoint as a member of a less advanced but starfaring civilisation in third person; and also in third person from Georyn's point of view using archaic and formal language well-suited to his medieval culture.

I consider this book to be science fiction but it goes much deeper, exploring humanity and beliefs and feelings. The concept of members of three widely varying human civilisations "meeting" on a single planet is fascinating. The viewpoints of each culture and what they believe of each other makes for a very thought-provoking tale. And there's plenty of emotion in the whole story, to the point that I need tissues every time I reread it. And the overall positivity of the book is heart-warming.

This book is a must read for anyone who likes their fiction to go a little deeper, for it to throw up concepts that challenge our own way of looking at things.
Read more
Helpful
Report abuse
See all reviews

Sir Furboy
4.0 out of 5 stars An Intelligent Work of Science Fiction
Reviewed in the United Kingdom on 28 March 2010
Verified Purchase
As a child I read Sylvia Engdahl's "Heritage of the Star" (published as "The Star Shall Abide" in the USA). This was one of my most memorable reads ever, and earlier this year I was glad to find her sequels to the books and to read them through. I also discovered this nook which received some awards and was republished in 2001.

Having read the other books earlier this year, it was quite clear that this story exists in the same world as the others. It is in no way a sequel to "Heritage of the Star", but the galactic anthropological service is a key theme in the last book of that trilogy. The themes and ideas are all very similar.

The idea of a clash of civilisations at different stages of development is an intelligent and interesting one, and this book explores those themes well. The author explicitly states that the book is not allegorical for our times, but readers will see similarities with the story of "avatar" and thus with the clash of civilisations when Europeans came to the Americas (particularly the USA).

There are a few problems with this book though in my opinion. One is that having so recently read the other trilogy by this author, I was surprised and perhaps a little disappointed that it did not have more originality in setting. Add to this the galactic federation, and the multiple humanoid looking races, and this is a story that appears to be a product of the Star Trek age in which it was conceived. But that does not really detract from the ideas conveyed or the quality of the story.
Read more
One person found this helpful
Report abuse

BAC
4.0 out of 5 stars It's a good book except the confusing beginning.
Reviewed in Canada on 3 January 2021
Verified Purchase
Enchantress from the Stars is a very well written book. It takes a uniquely original approach to the science fiction genre. The way it explores different people's perspectives creates a sort of dramatic irony which is very riveting. The plot is very well crafted, introducing one conflict at a time, and ending off with a satisfying and thrilling climax. The vocabulary is well picked, and everything is well worth the money. The only slight downfall would probably be the confusing beginning since the book starts off after the main events of the story, which makes references to characters unknown to the reader at that time. Otherwise, a riveting read!
Read more
Report abuse