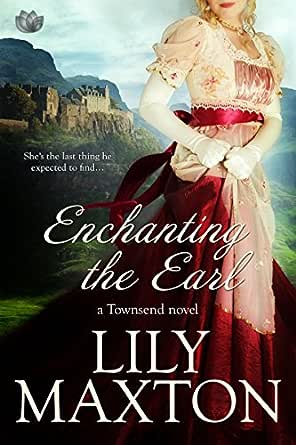 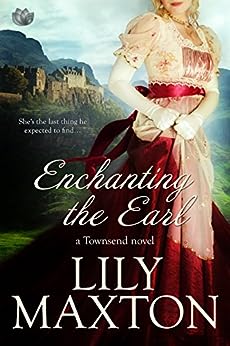 Llynmore Castle is the only place Annabel Lockhart has ever considered home. For years, she’s been able to live as she wished, freely roaming the wild moors. Now there’s a new earl, as arrogant as he is handsome, and he wants her out. But if he thinks she’ll go quietly, he’s in for a surprise.

Theo Townsend returned from war a changed man. After unexpectedly inheriting an earldom and a secluded castle in the Scottish Highlands to go with it, he thinks he’s found the perfect place to hide from the world—until he arrives to find a spirited, beautiful woman already in residence. He can’t just throw her out, but surely there's a way to get her to leave on her own. The sooner she's gone, the better, especially when he realizes there’s more than just mutual dislike between them.

Lily
5.0 out of 5 stars PTSD well done!
13 June 2017 - Published on Amazon.com
Verified Purchase
There is nothing like a good tortured hero novel done well, and this one was done very well. Theo Townsend, damaged both physically and psychologically from battle, comes with his family to claim his inherited castle to hide himself away from life. His wounds are deep and he feels as though he will never be worthy. At Llynmore castle, he finds a girl and her aunt in residence and has the uncomfortable task of having them removed from the castle so he could take up residence. What he doesn't expect is how spirited and wild Annabel is and how hard it will be to get her to vacate the premises. This group of compelling characters have more of an effect on each other than they imagined and this emotional story of pain, loss and love captured my heart. The way in which PTSD is dealt with in the story made it believable and heartbreaking. I am looking forward to reading more in this captivating series.
Read more
2 people found this helpful

Kali Rainwater
4.0 out of 5 stars A poignant tale
29 January 2019 - Published on Amazon.com
Verified Purchase
This story explored the reality of PTSD, of returning from battle broken but still deserving of love and consideration. The hero seems at first standoffish and unlikable, but it's clear from the beginning that he cares deeply about those around him and doesn't know how to protect them from the horrors that he's witnessed. The love that develops between him and the heroine is eminently believable, a product of their caring personalities and the undeniable chemistry between them. All in all a thoroughly enjoyable read.
Read more

Eleanore June
4.0 out of 5 stars Beautiful Writing - PANG-o-Rama!
18 April 2017 - Published on Amazon.com
Verified Purchase
There were so many moments of *pang* in this one. Turns of phrases that delighted or struck a chord with me. Lily Maxon's writing style was a delight to read.

Theo is wounded, both physically and mentally by war. Annabel's wounds are better hidden and healed. I loved them both, as well as the side characters (his brother and sisters and her aunt). The danger element was handled really well and I'm happy it went the way it did -- which is not the way I anticipated it going.

Thanks to Netgalley for providing this ARC in exchange for an honest review.

Jeremy Jones
5.0 out of 5 stars I have really fallen in love with this author
22 April 2017 - Published on Amazon.com
Verified Purchase
I have really fallen in love with this author. Lily Maxton writes with such detail that I effortlessly become submerged in every one of the rich settings that she describes in her novels. She writes in a way that makes me care for and want to get to know each of her complex characters. I couldn't put this book down and through it before the day was up. I'm already looking forward to her next book; she can't write them quick enough for me. 5 Stars!
Read more
One person found this helpful

TheRomanceQueen
5.0 out of 5 stars Loved it!
24 April 2017 - Published on Amazon.com
Verified Purchase
I love Lily Maxton, and Enchanting the Earl was just a delightful read. Theo and Annabel relationship was so fiery, but sweet and passionate. I really enjoy them together, and I was fully invested in their journey to falling in love. I think what I love so much is just how different and unexpected they were to me, and also to each other. It was also wonderfully written and paced just right. Eagerly waiting for book 2
Read more
One person found this helpful
Go to Amazon.com to see all 39 reviews 4.2 out of 5 stars
Get FREE delivery with Amazon Prime
Prime members enjoy FREE Delivery and exclusive access to movies, TV shows, music, Kindle e-books, Twitch Prime, and more.
> Get Started
Back to top
Get to Know Us
Make Money with Us
Let Us Help You
And don't forget:
© 1996-2020, Amazon.com, Inc. or its affiliates