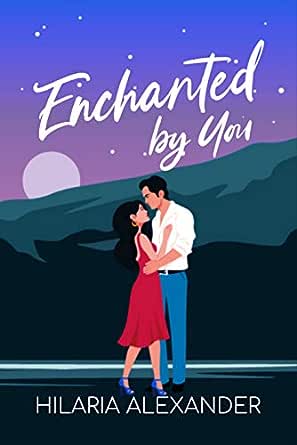 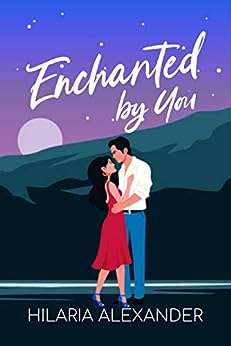 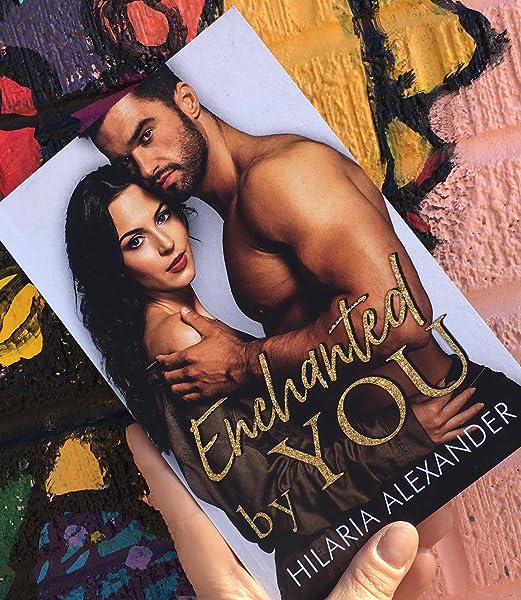 Enchanted by You Kindle Edition

Enter Esteban Garcia, a man who treats Ines well from the start; there is a strong pull between them that is apparent from the beginning and it shows throughout their relationship. When they are together, they work so well. Their nervousness, giddiness and quiet excitement in being with one another makes for a lovely read. I was happy to be in their company and I was happy for them.

I was a tad frustrated about a few things with the story. Firstly, it took so long for them to get together! At the halfway point it’s been about three months since they met, and the had only spoken to each other a handful of times. Secondly, I felt Esteban’s “secret” created more friction than it did depth to the plot.

Summing up, I’d say there are two stories here: Ines’ journey to find herself after a failed marriage, and the romance between Ines and Esteban. Even dealing with some heavy topics, I think the author has handled them with a light touch that gives readers substance but never gets mired in deep angst. The writing is engaging and there are no loose ends when we reach the end. I liked it!
Read more
Helpful
Report abuse
See all reviews

Di Sullivan
5.0 out of 5 stars Entertaining and Romantic
Reviewed in the United States on 7 December 2018
Verified Purchase
Enchanted by You is entertaining and romantic. Ines finds herself starting over in a new place after she comes to the realization that she has the strength to move on from a bad relationship.

Esteban is swoony and protective but he seems to be keeping a bit of a secret and right from the start I want to know what that mystery is!!

This author has a way of making the location and setting of her story come alive. Albuquerque felt like another character in the book that I became invested in and wanted to learn more and more about.
The story is an easy and quick read that kept me interested and flipping pages right from the beginning.
-4.5 Stars!-
Read more
Report abuse

Alleskelle
3.0 out of 5 stars Cute
Reviewed in the United States on 10 December 2018
Verified Purchase
The cover lure is strong with this one. The blurb promises something sweet and on that point the romance reader in me wasn’t disappointed, but a couple over-stretched plot devices and a flimsy conclusion prevented my total satisfaction.

I’ve felt myself fall into this story quite easily, sympathetically siding with Ines, the heroine, finally taking action after years of feeling miserable in her marriage, being constantly belittled and mentally abused by a careless and ill-tempered husband.
On their last day in Albuquerque, New Mexico, she gathers the courage to voice her concerns to her husband over their last dinner in town, hours before their scheduled trip back to L.A.

Why she was expecting this confrontation to stay civil, I have no idea, but safe is to say, Brad played the part of the hateful bad guy flawlessly, setting Ines to be rescued by the charming restaurant manager, Esteban.

I liked that part, how seemingly genuine and realistic their first encounter appeared, the attraction between them tangible and bewitching at the same time. Considering Ines fresh breakup, I could appreciate how both would second-guess and ponder their course of action, regardless of the temptation to surrender to the obvious chemistry. I really appreciated the author stressing about Ines’ confused feelings about Esteban from the get go. Something is definitely there, for both of them, and I got all the warm and fuzzy feels—albeit uncertain— of a new found romance.

I had no issues with the slow pace the author chose to set for the main characters to be together, as Ines’ divorce was no settled yet, their slowly growing romance felt adequate with Ines overcoming her new single status. However, I felt peeved with the reasons Esteban had to go MIA for weeks, months even, leaving the heroine speculate far too long, alone. Something felt unbalanced to me, partly due to the story told in the heroine POV, I could scarcely understand at times if Esteban was really interested in the heroine, his character appeared uneven at times. Intense and saying all the perfect things one minute, dull and absent the next.

When both eventually get together though, it’s a feast for romance readers, infatuation and delightful moments of happiness.

Despite a charming journey, I must say I felt quite disenchanted with the conclusion of the story.
The big reveal behind all the secret glances and knowing looks between Esteban, her sister and apparently the whole town felt fairly foolish to me. I was expecting something more tangible maybe. Something to appease my cynical and practical mind after the constant teasing of something too big and too meaningful to be disclosed to Ines upfront.

Some nitpicking on my part:
Editing / proofreading. In one of the sex scenes, the hero got to roll down a condom twice before intercourse. That was quite comical, but I guess there will be no surprise pregnancy for this guy!?

Too much “smiles that reach the eyes”. I’m totally nitpicking here, but it was recurrent enough that I made a note for it.

"I can feel the blood rush through my veins and the rapid rise of levels of dopamine and epinephrine in my blood are making me feel already ecstatic."

I know it feels like I had most issues than pleasure reading this one, but I liked it, really! I just can’t help voicing every little thing I may have taken issue with. #SorryNotSorry

Overall, a cute and tender romance, engaging characters, set in charming New Mexico elegantly penned by the author. I’ve pretty much read the whole book in one sitting, pleasantly engrossed in the unfolding romance between a dazzling and intriguing good guy and a heroine brave enough to start anew. I was effortlessly swept away by their romantic journey.

It was my first book by Hilaria Alexander, and I’ll gladly have a look at her backlist and future releases whenever I’m in the mood for something sweet.
Read more
Report abuse

Ankita
5.0 out of 5 stars Magical!
Reviewed in the United States on 8 December 2018
Verified Purchase
I had a smile on my face almost the entire time I was reading this story. Not the first couple of chapters, because Brad... but from the first time Esteban steps up, and asks her name, I was hooked. I love the descriptions, the little apartment, the streets and cafes, the ghost tours, all of it brings such depth to the story. Ines and Esteban are really special, and I adore the way the prophecy came true. The signs are all around, we just need to open our eyes to the magic! Also, I need chili chocolate cake.
Read more
Report abuse

Jennifer
5.0 out of 5 stars One enchanting story!
Reviewed in the United States on 6 December 2018
Verified Purchase
Hilaria Alexander has written another wonderful story that will pull you in from the first page. I honestly did not want this book to end because the story of Ines and Esteban is one of destiny, fate, or just in the right place at the right time circumstance that will make your heart pitter-patter all the way through the entire book. And on top of these two great characters, we are introduced to Albuquerque, New Mexico a place added to my must visit list after reading another of Ms. Alexander's books.
Read more
Report abuse

MudMouse
5.0 out of 5 stars You'll fall in love with this book!
Reviewed in the United States on 13 December 2018
Verified Purchase
I received an ARC in exchange for an honest review. And while I am a much slower readed than I was, I truly loved this book. What a sweet charming love story. Ines and Esteban have a date with destiny! Hilaria ... I have read other stories that you've written. I have yet to find one I didn't enjoy. I love living vicariously through you and ploding around (sometimes more gracefully than others) inside your head. You keep writing, I will keep reading.
Read more
Report abuse
See all reviews
Back to top
Get to Know Us
Make Money with Us
Let Us Help You
And don't forget:
© 1996-2021, Amazon.com, Inc. or its affiliates