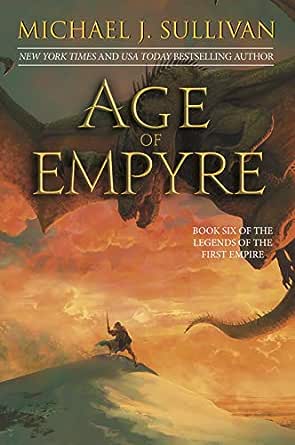 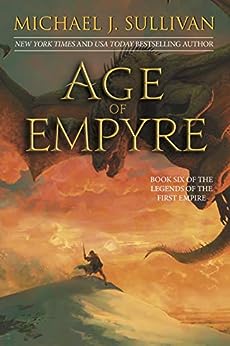 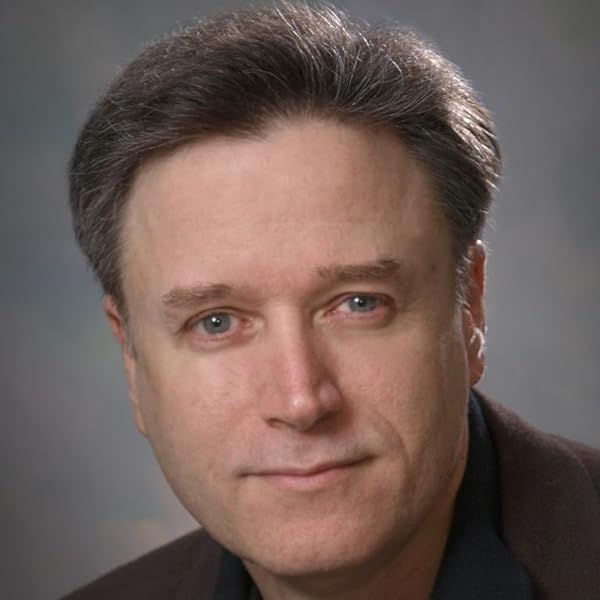 PRAISE FOR MICHAEL J. SULLIVAN
"If you enjoy epic fantasy, and are perhaps hungering for something with timeless appeal, then I highly recommend picking up Age of Myth."--The BiblioSanctum
"Heroes will be born in the most unlikely way when women show perseverance, tenacity, resilience and truest of intentions."--Zirev, on Age of Swords
"The characters feel alive and I deeply cared for them, the threat is terrible, the enemy is merciless and the fate of the human race is in the balance."--The Audiobook Blog, on Age of Swords
"A fast-paced, compelling read . . . There's betrayal and love, and some electric dialogue. . . . There's battles, and costs, triumphs and consequences."--Sci-Fi and Fantasy Reviews, on Age of Swords
"Fans of David Eddings and Robert Jordan will feel right at home with this series."--sfRevu, on Age of Swords --This text refers to the mass_market edition.

Michael J. Sullivan opened the first door to his imagination with typewriter keys found in a friend's basement when he was just eight years old. Today he uses computer keys, writing classic fantasy with unlikely heroes, including the bestselling Riyria novels and his latest epic, The Legends of the First Empire. He currently lives in Virginia. --This text refers to the mass_market edition.

4.6 out of 5 stars
4.6 out of 5
683 global ratings
How are ratings calculated?
To calculate the overall star rating and percentage breakdown by star, we don’t use a simple average. Instead, our system considers things like how recent a review is and if the reviewer bought the item on Amazon. It also analyses reviews to verify trustworthiness.

Jules
4.0 out of 5 stars A good but not completely satisfying conclusion
Reviewed in Australia on 22 July 2020
Verified Purchase
Having followed these characters through their adventures for six books, I found the ending a little rushed and underwhelming. Perspephone & Nyphron's relationship never really developed anywhere beyond a marriage of covenience. I felt she was a little underappreciated and under featured in the end, and he underwent no character development - he was still something of a jerk at the end, but I'd have expected Persephone to rub off on him a little more. I like that the story of the gods was tied up and related back to the legends in the Ryria stories - yay for continuity there! Brin, who I felt held the whole story together, was removed rather suddenly and without enough closure in her personal life - she deserved better!
Overall, while all loose ends were tied up, I felt the story rushed to a close, spending too long on some descriptions and leaving little time to really explore the conclusion of some of the characters' story arcs.
Read more
Helpful
Report abuse

miss-doona
4.0 out of 5 stars Back Story now done.
Reviewed in Australia on 7 June 2020
Verified Purchase
It was interesting to hear the back story of Nyphron and Persephone, having read about their legend in the Riyria series. I still prefer Royce and Hadrian stories personally but good to know where it all started. Felt a bit long, especially after the previous book was set so much in the realms of the dead.
Read more
Helpful
Report abuse
See all reviews

Kindle Customer
5.0 out of 5 stars Clear a week - won't put it down
Reviewed in the United Kingdom on 29 September 2020
Verified Purchase
I loved the Riyria chronicles, a great story and world built that delved and twisted nicely, but this book expands into an awesome tapestry of myth and your own assumptions from the other books (at least I found it did).

I read the first two books of the series, and to be honest I am glad I waited to read the final three because I would have struggled to wait between them - I raced through these books as I could not put them down. I needed to know what happened, how all the pieces fit, and this did it beautifully.

Prequel series are a tough challenge to set up and build into something that draws you in, as you already know outcomes - but this set them up whilst elegantly avoiding contradictions to the later tales. A great read and a must for any fantasy genre fan.
Read more
Report abuse

Vigasia
5.0 out of 5 stars Great finish to a great series
Reviewed in the United Kingdom on 15 September 2020
Verified Purchase
Finishing a good series is hard, because you have to say goodbye not only to a world, but also to characters, who, through books, seems like they are you friends.

People who'll read this rewiev probably know Michael j Sullivan's work, so I don't have to convince them to read his books. All I want to say is that this series is great, one of my favourtie. It has unique concept of heroes, who are actually ordinary people often underestimated in real life. Legends of The First Empire shows that all of us can be someone extraordinary, no matter the odds that were given to us
Read more
Report abuse

Skidmore
5.0 out of 5 stars Final book of six. A must read for fans of Legends of the first Empire.
Reviewed in the United Kingdom on 17 November 2020
Verified Purchase
A long awaited final book to a story that as had readers stuck to their chairs reading chapter by chapter,unable to move or put the book down.
All the threads of this story in the other five books are drawn together, woven into an ending that many readers will not have anticipated or imagined.
What a Story.
Read more
One person found this helpful
Report abuse

S.Chassom
5.0 out of 5 stars Just what you would expect
Reviewed in the United Kingdom on 28 July 2020
Verified Purchase
Have read all the books so far and none of them disappoint. Made lockdown all the more interesting
Read more
Report abuse

Amazon Customer
5.0 out of 5 stars Good read
Reviewed in the United Kingdom on 25 August 2020
Verified Purchase
Thoroughly enjoyed
Read more
Report abuse
See all reviews
Back to top
Get to Know Us
Make Money with Us
Let Us Help You
And don't forget:
© 1996-2021, Amazon.com, Inc. or its affiliates