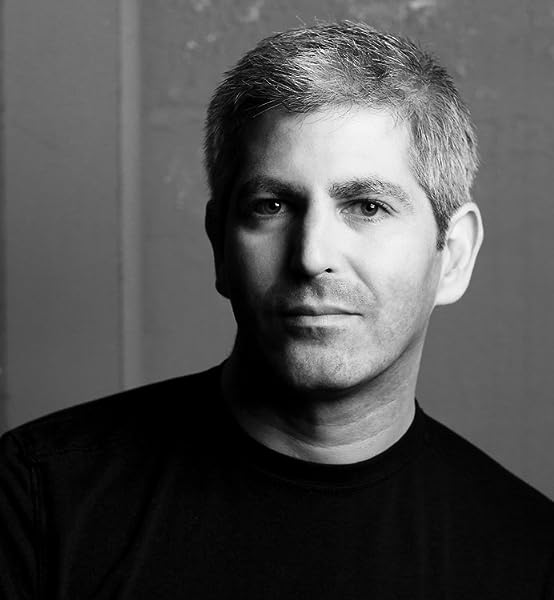 by Josh Conviser (Author)
4.1 out of 5 stars 4 ratings
See all formats and editions
Sorry, there was a problem loading this page. Try again.

"Raw kinetic energy and blistering pace . . . a thriller for the new millennium."
-James Rollins, author of Map of Bones and The Judas Strain "Empyre is edgy, entertaining, and frightening. We can only hope the scary technology Conviser proposes is the purest fiction!"
-Kevin J. Anderson, co-author of Hunters of Dune For decades, Echelon forced peace on the world. Freedom was a sham: Echelon wielded total, if secret, control. In the end, two bioengineered Echelon agents, Ryan Laing and Sarah Peters, brought the conspiracy down. But there is no happily ever after for the liberators, or for humanity. With Echelon's fall, a power vacuum is opened-and all hell breaks loose. Now an outsider in the world he created, Ryan retreats into the wastelands of Antarctica and a life of isolation. But when Sarah is blamed for a series of terrorist attacks, Ryan must return to a world he wanted to forget. Could Sarah be responsible for these atrocities, or is she a pawn in a much larger game? The answer lies with EMPYRE, a shadow organization at the center of the chaos gripping the globe. Ryan's only hope is to uncover EMPYRE's devastating secrets. The battle will drive Ryan and Sarah to the dark corners of the earth, to a floating, guarded city where the ultimate evil-and the ultimate plot against humanity-await. "Josh Conviser's near future is fascinating to imagine-and terrifying, because we might just be heading for it."
-John Scalzi, author of The Ghost Brigades Praise for Josh Conviser's Echelon "Imaginative and intuitive . . . Conviser mines and mints a nonstop stream of visual images."
-Chris Carter, creator of The X-Files "Bond level action."
-SFRevu
Read more
Previous page
Next page

I wrote Echelon to be a gripping, spy-fi thriller, mixing a little Robert Ludlum with William Gibson. It's a genre buster, you might say.

I wanted to write something that would be fun, fast and riveting ' and I took a roundabout route getting there.

It started in Aspen, Colorado, where I grew up, took me to Santa Barbara, California for high school and then to Princeton University. I then hopped around, living in Europe, Asia and Australia ' doing research of course! An avid mountaineer, I climbed in ranges around the world, including the Himalayas, before giving up the mountains for the jungles of Hollywood to pursue a career in screenwriting. It worked out pretty well; I became the Executive Consultant on HBO's series, Rome, and sold a film to Fox.

But, all the while, I had this twitch in the back of my mind ' this idea about the NSA's eavesdropping program that just wouldn't die. Finally, I got down to it and wrote Echelon. That was three years ago. Since then, the NSA's eavesdropping has become front page news ' making Echelon topical. Beyond being an edge-of-your-seat read, Echelon illuminates the possible consequences of the road we're headed down now. So, I guess that roundabout route got me to the right place at the right time.

Ron Penn
5.0 out of 5 stars Futuristic reality!
Reviewed in the United States on 6 October 2020
Verified Purchase
Very stark and riveting with bold action and great character's. A frank look at what the future could be. Not into sci-fi but held my attention.
Read more
Report abuse

terry
3.0 out of 5 stars is sad.
Reviewed in the United States on 17 June 2016
Verified Purchase
To be honest, I finished the book recently and can't remember what it was about. That, I think, is sad.
Read more
Report abuse

winrey
3.0 out of 5 stars No resolution
Reviewed in the United States on 19 June 2016
Verified Purchase
Story was good but there was no clear ending
Read more
Report abuse

mary porter
5.0 out of 5 stars Great read!
Reviewed in the United States on 13 May 2016
Verified Purchase
One of the few I couldn't put down.
Read more
Report abuse
See all reviews
Back to top
Get to Know Us
Make Money with Us
Let Us Help You
And don't forget:
© 1996-2022, Amazon.com, Inc. or its affiliates