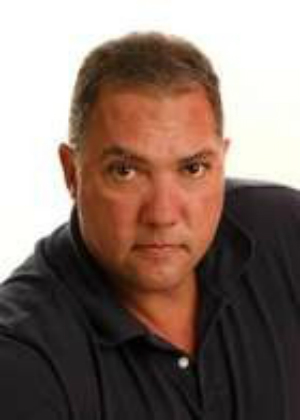 by Anthony Gagliano (Author)
4.0 out of 5 stars 1 rating
See all formats and editions
Sorry, there was a problem loading this page. Try again.

When ex-New York City cop and personal trainer Jack Vaughn learns that his old friend and colleague Cal Belkin is missing and that Cal's vintage Cadillac has just been pulled out of a South Florida canal, he suspects foul play. When he learns that Cal's house is suddenly up for sale, that someone is siphoning money from Cal s healthy bank account, and that Cal's gym has been appropriated by a former corrupt cop and a gang of Russian cock-diesels given to roid rage, savage beatings, and gun play, he s sure of it. The Russians operate their criminal organization out the eponymous gentlemen's club in Hallandale. Vaughn's pursuit of the thugs, pitiless dogs that they are, and his frantic hope of finding Cal alive will lead him from the glitz of South Beach to the gloom of the Everglades, from the cozy Club Deuce to a harrowing psychiatric facility, from cold beer to Clozapine cocktails. And just when you think things can't get any worse, they get worse. They get terrifying.
Read more
Previous page
Next page

Make yourself comfortable, friend, you're in for the evening. The Emperor's Club is a book you won't be able to put down till you're finished. It'll leave you breathless. Best to read it with the lights on and the doors locked. Yes, the bad guys are that terrifying. Tony Gagliano writes like Charles Willeford on speed. What a book! What an exhilarating voice! --John Dufresne, No Regrets, Coyote

The Emperor's Club is pure hard-boiled, hard-bitten fun. Gagliano revels in the glittering sleaze and menace of South Florida, as will his readers. --Carl Hiaasen, Bad Monkey

Do yourself a favor and spend a few fast hours with The Emperor's Club. Tony is a remarkable storyteller whose voice is as familiar as those of the great hardboiled and noir novelists of the past, yet his work has its own unique flavor. Quippy, full-throated and emotionally real. With razor-sharp clarity and originality Tony evokes the weird and wonderful world of South Florida and introduces us to a cast of characters as exotic, engaging and ultimately heart-rending as any you'll ever meet. --James W. Hall, Going Dark

Anthony Gagliano, a former New York city cab driver/hotel detective/bouncer, became a personal trainer and aerobics teacher in Miami Beach before he enrolled in Florida International University's creative writing master's program. It was at FlU that he would meet and be mentored by professors and authors Dan Wakefield and Les Standiford, program director. His thesis became the genesis of the widely heralded debut novel, Straits of Fortune, published in 2007 by William Morrow, an imprint of Harper Collins Publishers.
Start reading The Emperor's Club on your Kindle in under a minute.

Anthony Gagliano, a former New York city cab driver/hotel detective/bouncer, became a personal trainer and aerobics teacher in Miami Beach before he enrolled in Florida International University’s creative writing master’s program. It Was at FlU that he would meet and be mentored by professors and authors Dan Wakefield and Les Standiford, program director. His thesis became the genesis of the widely heralded debut novel, Straits of Fortune, published in 2007 by William Morrow, an imprint of Harper Collins Publishers.

Lorraine Glover
4.0 out of 5 stars Scary
Reviewed in the United Kingdom on 2 March 2015
Verified Purchase
When his friend cal goes missing, Vaughan goes looking, he uncovers the Russian Mafia and boy are they violent. I could not stop turning the pages although I had to skip the bit in the slaughter house it was too graphic for me
Read more
Report abuse
See all reviews
Back to top
Get to Know Us
Make Money with Us
Let Us Help You
And don't forget:
© 1996-2021, Amazon.com, Inc. or its affiliates