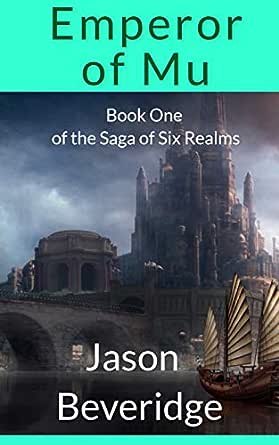 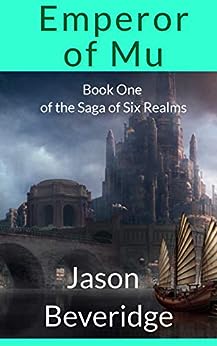 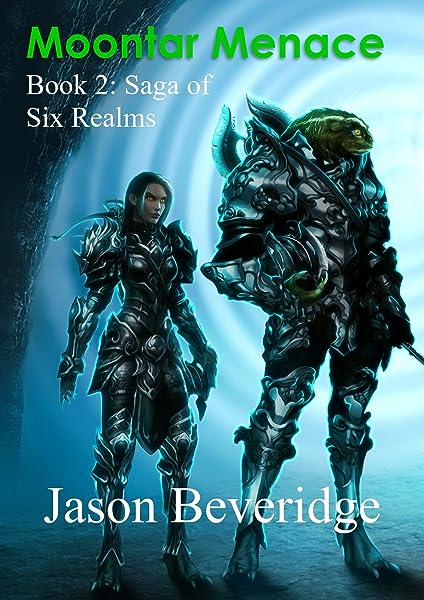 Guilty
5.0 out of 5 stars Attention: Fantasy Readers!
Reviewed in Australia on 27 August 2018
Verified Purchase
The Emperor of Mu which is the first book of the series, is an engaging, immersive and clever read that sets up a promising new fantasy epic. A blend of political intrigue, mystery and action, the book takes you into the kingdom of Mu through the perspective of more than a dozen characters from a variety of background and races. Where Jason has really excelled is in the world building of his universe. He has created a living and breathing kingdom complete with colourful races and factions which are steeped in well thought out histories and lore. The fantasy genre often sees different variations of the same formula repeated endlessly and Jason has done a wonderful job breaking new ground and bringing his own flavour to the genre. I can honestly say his world is one of the more unique fantasy settings I've been immersed in for quite some time. I'd recommend this book to any fans of the genre who are looking for a fantasy novel with a different take and with new things to say.
Read more
Helpful
Report abuse

Victoria M. Turner
5.0 out of 5 stars Brilliant . A new fantasy world classic
Reviewed in Australia on 1 December 2017
Verified Purchase
I bought this just before going on a holiday to Bali and after vegging out for a few days I started reading . I quickly got hooked . Jason has created a fascinating , detailed and original world that grabbed my attention and wouldn’t let go of me until I finished it . Brilliant . Can’t wait for the next one to come out . The last fantasy books I couldn’t put down were Raymond Feist’s Magician and GOT ...
Read more
One person found this helpful
Helpful
Report abuse

Michelin Stargazer
4.0 out of 5 stars A new epic fantasy master has arisen
Reviewed in Australia on 22 November 2017
Verified Purchase
Has the potential to become an "Epic Fantasy" along the lines of the Malazan Empire with complex characters and motivations, vast landscapes, multiple story lines and an abundance of challenges facing the Mu Empire. Like the first step for many major works, at times it can be a little challenging to follow; however the reader will be immersed in a fast moving fantasy world and looking forward to Book 2!
Read more
One person found this helpful
Helpful
Report abuse

Insubson
TOP 500 REVIEWER
3.0 out of 5 stars 77 % of the sample is a list of names
Reviewed in Australia on 13 November 2017
77% of the sample is a list of name please fix that. Anyone interested in this book will not even look at it as it takes 5min of page turning to even get to the content. Why not put that junk at the end like every other book in the world? I'll leave a proper review if I can be bothered continuing.
Read more
Helpful
Report abuse
See all reviews

Lorenza Seldner
5.0 out of 5 stars A must read for lovers of the English language and fantasy tales
Reviewed in the United States on 22 November 2019
Verified Purchase
What a delight it was to read the Emperor of Mu! The comparisons between this story and the Lord of the Rings and the Song of Ice and Fire may be inevitable. After all, it describes how the rulers of the Six Realms must decide who will ascend into the Lonely throne (similar to the Seven Kingdoms attempting to seize the Iron Throne.) Now, although a huge fan of Game of Thrones, I have never read the books. Nonetheless, by reading Beveridge's detailed descriptions, captivating dialogues, and engaging conflicts, I would question if George R.R. Martin did the same in such an elegant way.

The book, although filled with fantasy, has a touch of honor and elegance one can only attribute to yesteryear. How he describes the Six Realms merely is enchanting, almost making the reader feel embarrassed by the use of colloquial or vulgar language in our everyday’s life. The plot never gets trite, and instead, the story moves from one development to another, keeping the reader in constant suspense. I loved it.
Read more
One person found this helpful
Report abuse

J Armstrong
5.0 out of 5 stars Fantasy Epic to rival Brandon Sanderson
Reviewed in the United States on 9 February 2019
Verified Purchase
After the emperor Constantine is murdered, inter-realm war is all but guaranteed. The hunt (and elimination) for those of elvish descent only furthers the conflicts in the direction of chaos. The outlands, the north, the desert lands and even the southern kingdom all have to suddenly tend to crisis in their respective lands and the race is on to attempt a merging of kingdoms. A new emperor is elected and this sets of an even more tumultuous time as many different factions’ war with each other for ultimate control.
Th world building and character building in this story was superb. I would compare this authors worldbuilding to the likes of Brandon Sanderson. I truly enjoyed this story, the intrigue, and the realism really drew me into the story and kept me turning pages. The plot was unique, and the story pace was even throughout which is important in such a long story. A long fantasy epic that is certainly worth your time and attention.
Read more
2 people found this helpful
Report abuse

Marcia
5.0 out of 5 stars Beautifully intricate story. A lot of work in display
Reviewed in the United States on 30 June 2018
Verified Purchase
My adventure in the realm of Mu started with a blast. What a great time I had while reading the book. I was absolutely delighted and amazed that the author took the time and effort to give us great maps and the history of each House.
Obviously, this resonates with all the fans of Game of Thrones or The Lord of the Rings. There’s a period of political turmoil, attempted rebellions, fantastic beasts emerge and there’s a story of treason and blood throughout, never knowing in whom we can trust. Nevertheless, I applaud the immense effort that a story, as intricate as this is, needs to see the daylight. There’s amazing character development, fast-paced action yet nothing feels rushed. The author takes his time to properly introduce us into his fantasy story. There’s a tremendous amount of work and love put into it and it shows. It’s fun and entertaining, while at the same time feeling like an old acquaintance that you feel comfortable with.
Read more
2 people found this helpful
Report abuse

Julius Z
4.0 out of 5 stars Lovely Fantasy!
Reviewed in the United States on 12 May 2019
Verified Purchase
I like different genres of books. So I decided to get this one to read. A very eventful book that immerses you right into that atmosphere. Many films and books seemed me like this book, precisely the idea. About the plot: there are many Houses that have been beautifully described by the author. There you can meet mysticism, political coups, battles. I want to say that the author did a difficult and fantastic job. It was interesting for me to read and I could not put it down. I especially liked how the characters were described, like you know everyone personally and see them with your eyes. They were also beautifully developed throughout the book. I got great pleasure from reading. Starting from the author's style, ending with an interesting plot. It was not difficult to read. I advise everyone who loves a lot of events, actions. It definitely won't be boring!
Read more
One person found this helpful
Report abuse

Purple
5.0 out of 5 stars Epic fantasy at its finest!
Reviewed in the United States on 27 November 2019
Verified Purchase
This is a wonderfully intricate epic fantasy with all one would expect as a fan of the genre. There are otherworldly beings both familiar (elves, dragons) and unique to this world. There are people who can read minds, beings who can use mind control in battle....and So. Much. More. This novel has been compared to Lord of the Rings and Game of Thrones - absolutely there are similarities. I would add Wheel of Time to the list. So if you've read those and are aching for more- after all, they do eventually end - this author is one to add to the list.

Oh, and the absolute best part - the visual aids! There is a website! So instead of having to flip back and forth (I find that so cumbersome with a kindle) and (for me) black and white hard to read maps, there are wonderfully illustrated maps on the website, and character lists that are searchable, and again, So. Much. More.

Recommended for any fan of the genre, you won't be sorry. And there is a book 2 already written!
Read more
One person found this helpful
Report abuse
See all reviews
Back to top
Get to Know Us
Make Money with Us
Let Us Help You
And don't forget:
© 1996-2021, Amazon.com, Inc. or its affiliates