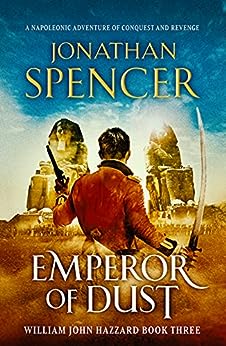 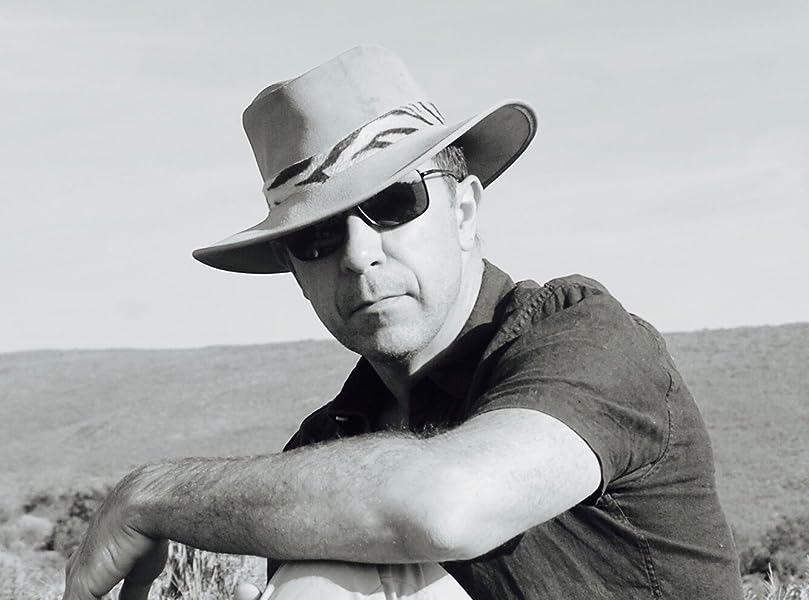 by Jonathan Spencer (Author) Format: Kindle Edition
See all formats and editions
Sorry, there was a problem loading this page. Try again.

The sands of Egypt carry whispers of rebellion…

The much-anticipated third novel in the William John Hazzard series, following Lords of the Nile.

Egypt, September 1798. After tragedy at the Battle of the Nile, Hazzard is possessed by a dark vengeance: with the marines of 9 Company and their Bedouin allies he scours the Nile Delta for his nemesis, the French spy-catcher Citizen Derrien.

However, among the sacred ibis and ever-shifting sands, Hazzard catches wind of something far more deadly: the stirrings of revolt in Cairo, the outbreak of plague, and the cold hand of Admiralty Intelligence. When riot explodes in the capital, Hazzard fears he is simply too late.

Abandoned by the French Government, Napoleon and his army are now trapped in Egypt. When Bonaparte discovers that Al-Djezzar ‘the Butcher’ of Acre is gathering his forces to attack, he accepts the challenge.

Riding with the Mamluk and the beautiful Shajar al-Durr, Hazzard engages French cavalry in the shadow of Ozymandias in ancient Thebes – and the Admiralty calls upon him once more as Napoleon launches his bloody crusade on Syria and the Holy Land to become the new Emperor in the East.

From flaming battle at sea with the blockade fleet to massacre at the walls of Jaffa and Acre, this is Napoleon’s desperate bid to seize the Orient – and the next explosive chapter of the French occupation of Egypt. Perfect for fans of Bernard Cornwell and Simon Scarrow. Never give up the boat.

‘Stupendous... Lords of the Nile has such a breathtakingly frenetic plot that I found myself getting faster and faster in my reading, tearing through the pages, only to realise that I was trying to match the pace of the characters and the plot. It is so immersive you can’t help but be sucked into it, swept away by it, pushed to tears by it and utterly enthralled by it.
‘Jonathan Spencer is now one of my “Must read” authors, a drop-what-you’re-doing-(or whatever else you are reading)-and-read-it-now writer. My favourite book this year.’
Parmenion Books on Lords of the Nile

‘This is an outstanding novel, made even more remarkable by its debut status. Better than Sharpe, gripping and intense, Napoleon’s Run deserves to be a runaway success’
Ben Kane, Sunday Times bestselling author of Lionheart on Napoleon's Run

Jonathan Spencer is from south-east London, the great-grandson of a clipper-ship captain who brought tea from China. He served in the Canadian army, studied ancient and modern history, and has lectured at universities and private associations on the subject of Napoleonic Egypt. He writes historical non-fiction under the name Jonathan Downs, his major work a revised account of the British acquisition of the Rosetta Stone, Discovery at Rosetta, (London 2008; Cairo 2020). He speaks several languages, has trained with the former Russian National fencing coach, and has lived and worked abroad all his life. He currently lives in the Western Cape in South Africa.

Historian and journalist Jonathan Spencer is from southeast London, the great-grandson of a clipper-ship captain who brought tea from China. He served in the Canadian army, studied ancient and modern history, and has lectured at universities and private associations on the subject of Napoleonic Egypt. He speaks several languages, has trained with the former Russian National fencing coach, and has lived and worked abroad all his life. He currently lives in the Western Cape in South Africa.

He is the creator of fictional character Marine officer William John Hazzard, India and Africa veteran, and hero of the explosive new epic historical novels of 1798, the Hazzard Series.

Roderic Hagen
5.0 out of 5 stars great book!
Reviewed in Australia on 26 October 2021
Verified Purchase
This beats the pants off other writers such as Cornwell, et al. Historical novels are at their best when they deal well with the realities of the time in all their depth. “SPENCER” certainly does this, nonpareil! Brilliant.
Read more
Helpful
Report abuse
See all reviews

Nick
5.0 out of 5 stars Outstanding
Reviewed in the United Kingdom on 16 November 2021
Verified Purchase
Hazzard, Cookie, ‘Miah, Knock knock et al
Caron, Rossi, St Michel and the Alphas.
Even the enemy
The people in this trilogy are so well written they are people not characters
Read it, you’ll thank me.
Read more
Report abuse

Sam Butler
5.0 out of 5 stars Another gem
Reviewed in the United Kingdom on 5 November 2021
Verified Purchase
I enjoyed every word of the latest in the series of Hazzard’s adventures. Spencer creates an atmosphere that takes you to that time in history; his descriptions & use of language are masterful. I can’t wait for the next instalment.
Read more
Report abuse

Richard M
5.0 out of 5 stars Interesting take on history
Reviewed in the United States on 17 December 2021
Verified Purchase
Harsh perspective on The life and times of the French leader in Egypt during the late 1800’s. Storyline well conceived.
Read more
Report abuse
See all reviews
Back to top
Get to Know Us
Make Money with Us
Let Us Help You
And don't forget:
© 1996-2022, Amazon.com, Inc. or its affiliates