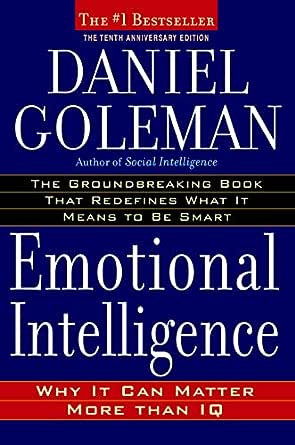 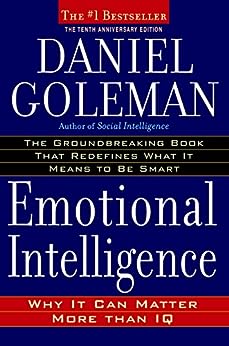 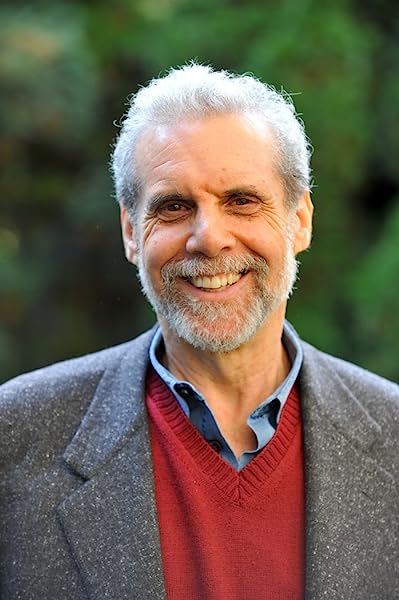 Emotional Intelligence: Why It Can Matter More Than IQ Kindle Edition

'An impressive argument that excellence is more than IQ' Daily Mail

NicShef❤️Reading
4.0 out of 5 stars Interesting and well written
1 January 2016
Format: Kindle EditionVerified Purchase
As this has been considered a psychological classic and it was on top 20 Amazon best sellers I to highly I'd buy it and check it out. I can see how this was a break through in 1995, but elements of the book are found in many different forms of literature now a days and what Daniel Goldman outlines is clearly the blue print for many books that come after his.
This unique 342 page book gives the reader plenty of data, presented in five parts. The chapter titles are indicative of where the author is leading the reader. Such as "The Emotional Brain, The Nature Of Emotional Intelligence, The Nature Of Emotional Intelligence, Emotional Intelligence Applied, Windows Of Opportunity, & Emotional Literacy."
Throughout the book he gives relevant and easy to understand examples that go over brain & cultural differences between the sexes, communication, genetics, etc to prove his premise that emotional IQ is often far more important in the individuals & groups success than the traditional intelligence exams can possibly measure.
Its an overall interesting read, though I'm not sure what we do with it. But it's seems obvious, I mean have not most of us known, or heard of people with high IQ's who behave badly due to their lack of emotional intelligence? Or people that have done well in life despite a non-impressive IQ/ academic record?

megan
TOP 10 REVIEWER
5.0 out of 5 stars An excellent read for anyone with an interest in human thinking/behaviour
14 March 2016
Format: Kindle EditionVerified Purchase
This book was logical, readable and thought provoking. I liked how it was broken up into sections for easy reference. Although it was written some time ago, it not only still has relevance, but I believe it was the spring board for other experts to study this field.
I felt Emotional Intelligence was noteworthy enough to add to my Professional Development hours at work. I often work with people who are Autistic (now a very broad term that includes Aspergers Syndrome) and found the information in EI interesting from that point of view. However, it's not a book that solely targets Autism at all. It's really a book for everyone and we could all benefit from developing our own EI to use in our personal or professional lives.
Anecdotally, after reading the book, I was able to see how some seemingly 'ordinary ' people communicated well with others and perhaps coped better in life than some highly educated and academically intelligent people did.
Personally, I tried out some of the points made in the book and found people reponded to me far better when I was aware of my tone and body language as well as the content. I think my grandma used to call it charm. Being able to 'read' people (including yourself), and know how to better respond to or converse with others is valuable. The book has so much to offer, that I suggest you read it for yourself.
Read more
One person found this helpful
Helpful
Comment Report abuse

elaine murton
5.0 out of 5 stars emotional Intelligence
2 June 2014
Format: Kindle EditionVerified Purchase
This book is excellent and explains why we are who we are - It takes some concentration and for me is not a book to read cover to cover as it needs digesting - I take notes as I go for later reference.
Read more
6 people found this helpful
Helpful
Comment Report abuse

Kindle Customer
4.0 out of 5 stars Great book.
28 April 2019
Format: Kindle EditionVerified Purchase
It's very important that young people know how to react with their fellow man. This should be taught at a very early age so life can be lived in peace with yourself and others. Emotional Intelligence a must read .
Read more
Helpful
Comment Report abuse

dabchic
5.0 out of 5 stars Emotional intelligence
13 July 2014
Format: Kindle EditionVerified Purchase
This is a very interesting book which is thought provoking and also helpful in understanding how emotions can control a person rather than understanding what is going on. You have to read it to see that. It takes a lot of studying and it took me a long time to read it but I think it is very helpful for everyone.
Read more
4 people found this helpful
Helpful
Comment Report abuse

margaret collins
4.0 out of 5 stars Emotional Intelligence. Imperative for a good life
5 May 2014
Format: Kindle EditionVerified Purchase
Very clear explanations and evidence of findings. I wish all teachers would read it and be trained to teach emotional intelligence!
Read more
4 people found this helpful
Helpful
Comment Report abuse

Go to Amazon.com to see all 973 reviews 4.3 out of 5 stars
Get FREE delivery with Amazon Prime
Prime members enjoy FREE Delivery and exclusive access to movies, TV shows, music, Kindle e-books, Twitch Prime, and more.
> Get Started
Back to top
Get to Know Us
Make Money with Us
Let Us Help You
And don't forget:
© 1996-2020, Amazon.com, Inc. or its affiliates