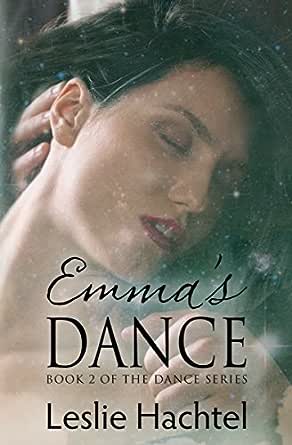 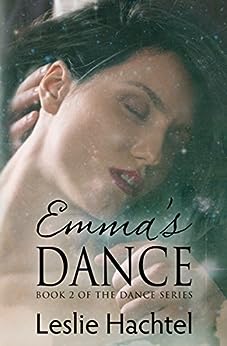 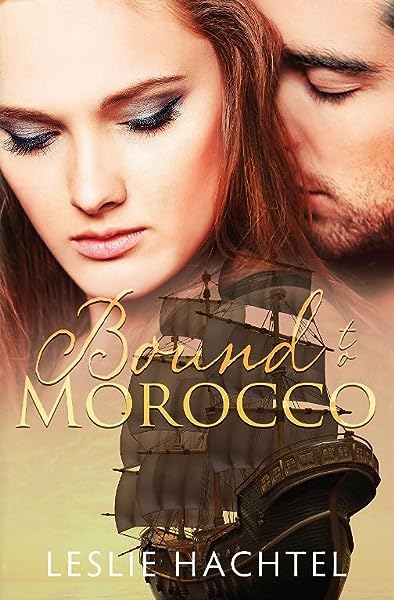 Leslie Hachtel was born in Ohio, raised in New York and has been a gypsy most of her adult life. Her various jobs, including licensed veterinary technician, caterer, horseback riding instructor for the disabled and advertising media buyer have given her a wealth of experiences. However, it has been writing that has consistently been her passion. She sold an episode of a TV show, had a screenplay optioned and has so far produced seven novels, including five historicals. "Texas Summer", "The Defiant Bride", "The Dream Dancer" and "Captain's Captive" and "Emma's Dance" are all available at major sites and "Hannah's War" is soon to be released. Leslie lives in Cordova, Tennessee with a fabulously supportive engineer husband, a wonderful stepson, Matt and her writing buddy, Jakita, a terrier. --This text refers to the paperback edition.

Wendy
5.0 out of 5 stars An Engrossing Love Story!
Reviewed in Canada on 28 November 2016
Verified Purchase
"Emma's Dance" continues from "The Dream Dancer" after Emma Ashford's marriage to Lord Alan Fallsworth is interrupted by a woman claiming to be his lost betrothed. But with discrepancies in the Lady's story the suspicion mounts that she's an imposter especially when Emma is visited by the spirit of young Lady Carlyn who died at six years of age in a carriage accident. When the King refuses to break the betrothal for political reasons Alan and Emma have no recourse but to find evidence of the subterfuge or be separated forever after he's forced to wed the charlatan.

With steamy love scenes as Emma and Alan continually meet to consummate their love, the story quickly heats up as the imposter and her cohorts continually thwart their efforts to discover the truth. With Lady Carlyn's father drugged and any influence Emma's dream dancing might have on the pretender's mother foiled through her death, the lovers search for information in Scotland only to face danger from the antagonists of an old feud.

Fueling the excitement and intrigue of this passionate romance is a lively ghost, the evil of witchcraft and the power of dream dancing to influence people's decisions. Fast-paced, the action never slows as the imposter not only uses her wiles to keep the lovers apart, to build trust with Alan's father who is willing to concede to her demands for the honor of the family, but in hatching a plan to imprison and kill Emma.

Leslie Hachtel has the ability to create characters that are complex, realistic and unforgettable as they struggle to uncover the truth behind a fraud that threatens the lovers' happiness. Emma for years embittered and miserable because of the cruelty of her father was cold, difficult and temperamental- a shrew. With Alan's love and Bryce's friendship she's become caring and compassionate, showing a sharp wit and strong resolve to leave the past behind. Educated and honorable Lord Alan Fallsworth is passionate in his lovemaking and ardent in his resolve to make Emma is wife. The fraudulent Lady Carlyn is a heartless bully, overbearing, rude and ambitious while her younger counterpart once a loving, sweet child tends to be feisty and often petulant but determined to save her father and bring the evildoers to justice. These personalities and others heighten the action and drama of the story making it impossible to put down.

I thoroughly enjoyed "Emma's Dance" a well-structured and riveting page-turner from beginning to end. I look forward to the next book which I hope will not only bring back many familiar faces but center on Bryce's strong and independent friend Margaret.

Chervinski84
5.0 out of 5 stars A Romantic Mystery
Reviewed in the United States on 5 November 2016
Verified Purchase
Leslie Hachtel has yet to disappoint me with one of her novels and Emma's Dance is no exception. I love how this novel has ties to "The Dream Dancer" and incorporates the same characters from that story. As Hachtel is set to build on Emma's life with Alan, suddenly it is abruptly interrupted by a horrible event that leaves Emma's reeling and questioning everything. From the beginning the author plunges you into a mysterious predicament that may force Alan to marry a long lost and thought dead betrothed Carlyn. Even though Alan's family feel that this prior union between Alan and Carlyn must be honored, many others feel that Carlyn really isn't who she says she is. I find the added touch of including the real Carlyn's ghost adds more mystery and keeps readers intrigued to figure out who this impostor Carlyn really is and who she has enlisted to help her in her evil plot to marry Alan and gain the wealth. There are so many little details that add to this story as well that help pull things together. When readers find that Carlyn has certain markings or that witnesses seem hard to come by, it starts making you think that she may very well be telling the truth, but there is always something that keeps you thinking that something's not right. I found that I was surprised at the ending to find someone was fully faithful to keeping secrets hidden and making sure Carlyn wouldn't get into trouble. As Hachtel starts eliminating those who might hurt Carlyn's case, it starts to provide a better picture. The ending is suspense filled and provides a happy ending to a terrible set of events. I was certainly not disappointed with this novel and will continue to look forward to Leslie Hachtel's other novels as well. This novel was well written and a recommended read for those looking for romance mixed with an air of mystery.
Read more
One person found this helpful
Report abuse

Serafina Mezzanotte
4.0 out of 5 stars A good ghostly romance
Reviewed in the United States on 1 February 2017
Verified Purchase
I haven't read the first book in this series but I've read other books by Leslie Hachtel and enjoyed them. I was heading out of town recently when I was looking for something I could decide on quickly to read and take with me. I just decided to go for it and get this book. I was not disappointed! I quickly figured out that Lord Alan Fallsworth has pursued Emma of Ashford and she's finally agreed to marry him. On their wedding day, though, the perfect scene is disrupted when a woman who claims she is already betrothed to Alan appears. Is she a ghost? Everybody thought she drowned as a child, but apparently not, and she wants to get rid of Emma so she can live what she believes is the life that is supposed to be hers. In order to stop Carlyn from ruining their dreams, Emma and Alan somehow have to prove that she's not really who she says she is. But can they stop her in time, before Alan has to marry this horrible woman? I'd have liked a little more action in the narrative, but I think the repetitive bits I was reading were meant to give background from the previous story. Overall, it was just what I was looking for on my plane trip and I look forward to reading more of the story!
Read more
One person found this helpful
Report abuse

JADAS
5.0 out of 5 stars Can Emma prove the imposter a fake and finally marry her true love?
Reviewed in the United States on 16 September 2016
Verified Purchase
Another amazing story by Leslie Hachtel! Book One of the Dance Series leaves us with Emma and Alan standing at the alter ready to say their marriage vows when they are interrupted by someone claiming to be Alan's betrothed. Emma's Dance picks up there and takes the reader for an unexpected ride with several twists and turns and plenty of good humor thrown in.

When Alan and Emma's wedding is stopped by a mysterious woman claiming to be Carlyn, Alan's betrothed, Emma's world is shattered. The thing is, Carlyn is believed to be DEAD! As the story goes, 6 year old Carlyn and her Mother died when the family was riding in their carriage and it was overturned when the horses spooked. The thing was, Carlyn's body was never found. Most assumed that she was thrown from the carriage and ended up in the fast moving water near by. But the woman standing in front of them now is determined to prove she is Carlyn and she deserves to marry Alan. Emma and Alan of course, are just as determined to prove otherwise. When a little ghost appears to Emma and claims to be the real Carlyn, Emma must enlist the help of others around her to seek out the truth.

This book has a bit of everything thrown in; imposters, witches, ghosts, murder, love, secret rendezvous, suspense, a little dream dancing and so much more. I loved the first book in this series and just like that book, I couldn't put Emma's Dance down. It is such a fun and easy read, one that I finished in a matter of just a couple days. I love Leslie Hachtel's writing style and the humor she folds into the story line at just the right places. She is a talented writer and this book is just a another testament to that. I highly recommend Emma's Dance (as well as Book One: The Dream Dancer). It is a great book for readers from young adult to more mature readers. There is some sexual context that may not be suitable for younger readers. I look forward to reading more of Leslie Hachtel's books. Enjoy!
Read more
One person found this helpful
Report abuse

TN Book Lover
3.0 out of 5 stars Good story - reminiscent of a fairy-tale!
Reviewed in the United States on 8 November 2016
Verified Purchase
Let me start out by saying that I did not read the first book in this series. While I feel that reading the first one might have enhanced this book, I did not feel like I missed anything without it.

I am an avid reader of historical fiction. I love it and this story was on that definitely interested me. I found the story-line to be intriguing and reminiscent of a fairy-tale. From the very beginning, the author captured the reader and made one want to continue reading. I found the characters to be likable and well developed. I felt the story had the right balance between mystery and romance. For the most part, the writing was good and flowed well. My only issue was about half way through the book the story became slightly repetitive and boring. However, I was able to work my way through this part and am glad that I did. The twists that came afterwards, along with the ending were worth it.

While I think reading the first book would have helped, it did not detracted my enjoyment of this book. I would recommend this book to anyone interested in romantic, historical fiction with some mystery and intrigue.
Read more
Report abuse
See all reviews
Get FREE delivery with Amazon Prime
Prime members enjoy FREE Delivery and exclusive access to movies, TV shows, music, Kindle e-books, Twitch Prime, and more.
> Get Started
Back to top
Get to Know Us
Make Money with Us
Let Us Help You
And don't forget:
© 1996-2020, Amazon.com, Inc. or its affiliates