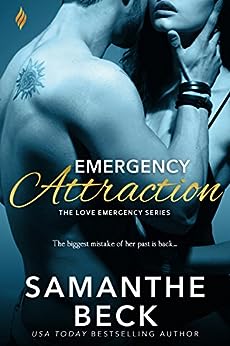 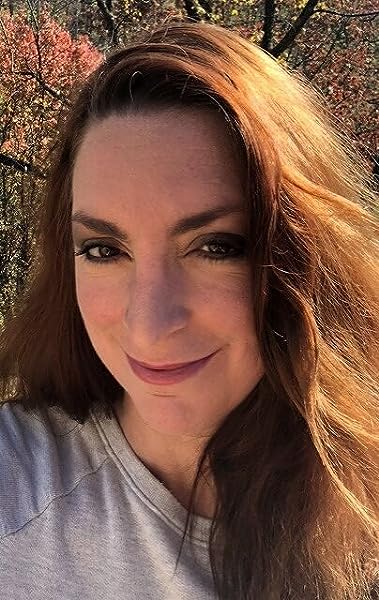 NicShef❤️Reading
TOP 10 REVIEWER
4.0 out of 5 stars Sweet, steamy, romantic fun!
Reviewed in Australia on 29 April 2017
Verified Purchase
I always love a second chance love story and Samanthe Beck delivers in Shane and Sinclair's sexy and sweet romance. I particularly enjoyed the characters and liked them as a couple.

Just before high school graduation, Shane had come to Sinclair's rescue and they'd been inseparable as teenagers. However Shane was enlisted in the military and Sinclair was spending the summer in Europe, and although they promise to keep in touch real life intervened...

For Sinclair Smith, it’s been ten years since she’s seen the only man who makes her heart race. Shane Maguire is back in town and wants Sinclair back. He will do anything to have her, and their explosive chemistry works in his favour.

This is a really fun and sexy story, a bit of an emotional rollercoaster but an easy read. Because of the way Shane and Sinclair's relationship as teenagers dissolved there was never any real closure for them - and they discover that it's easy to fall back into old patterns. Sexual attraction was never their problem, and they share some very steamy scenes even as Sinclair is reluctant to reveal the depth of her feelings for Shane. The epilogue is super cute! I always enjoy reading a book by this author. She gets the balance between sweet, steamy romantic fun! 4 stars.
Read more
One person found this helpful
Helpful
Report abuse
See all reviews

Paula Altenburg
5.0 out of 5 stars I loved this book so much
Reviewed in Canada on 4 May 2017
Verified Purchase
I'm a huge fan of Samanthe Beck. Her books are always witty and fun, and so, so well-written. Shane and Sinclair are hands down my favourite Beck couple of the Love Emergency series yet. (Each book is standalone.) Shane comes home determined to prove that the town's baddest boy is reformed. He has success going for him. Your best is never enough, however, when people have seen you at your worst. And Sinclair... I love her. She has so many issues left over from her teenage years. Who would ever guess that someone who's always seemed so together is actually the one who is hurting the most? If you like your books hot and funny, and your characters carefully crafted, then this book is for you. I loved it.
Read more
Report abuse

KSP91301
4.0 out of 5 stars Second Chance Perfection!!
Reviewed in the United States on 19 April 2017
Verified Purchase
Samanthe Beck has another hit on her hands.

Full disclosure: My girl-crush on Sinclair Smith began in book one of Beck's Love Emergency series. She was the protective big sister whose sassy personality almost eclipsed the heroine's. I've been anxious for her story ever since, and it was well worth the wait. She's just as fiery, independent, and stubborn, which makes her perfect for Shane Maguire.

Now there's a sexy hero who's going to make hearts flutter and panties melt. I have a slight aversion to alphas. By slight I mean I've never met one I didn't want to neuter. Our man Shane weaved back and forth over that alpha line, earning him the side eye for the first part of the story. In the second half he either chilled his controlling ways or his repeated attempts to win back Sinclair's heart wore me down. It's a toss up. Either way, it's a certainty that if I think a hero is too alpha, other readers are going to fall quick & hard, elevating him to the top of their BBF list.

We met most of the secondary characters in the previous books. It was so much fun seeing them again. Sinclair and Savannah's parents are still the sweet, funny parents we all wish we'd had. Then there's Savannah, Beau, Hunter, Madison and a passel of little ones I couldn't begin to keep track of. Boy, have they been having fun since we last saw them!

I doubt we'll see him again in a starring role, but I have to give honorable mention to Shane's boss. He had a plain spoken way of delivering sage one-liners that was absolutely hilarious. I completely adored him.

The story hooked me immediately and held me captive until the last word. I truly did not want this book to end. It was sweet, funny, emotional, and steamy-all delivered in that incomparable Samanthe Beck style. It will definitely go on my keeper shelf to be reread.

If you haven't read this series yet, treat yourself now. Emergency Attraction can be read as a standalone, but you'll get so much more out of it if you read Emergency Engagement and Emergency Delivery first.
Read more
5 people found this helpful
Report abuse

Kindle Customer
5.0 out of 5 stars Loved!!
Reviewed in the United States on 22 August 2019
Verified Purchase
I loved reading this series. We saw glimpses of the characters from the two other "Emergency" books featuring Beau and Savannah as well as Hunter and Madison.

Sinclair is Savannah's sister, you read about her in "Emergency Engagement" she's closed off her heart purposely, only having "fun" with men in other cities. Her heart was badly broken 10 years ago by Shane McGuire and she's never recovered from it. She really loved him and really thought that he loved her too. Besides the hurt from the broken heart, she has so much anger and hatred for Shane. She's never recovered from the deceit he inflicted on her.

Shane McGuire is back in Magnolia Grove for a job. When he sees Sinclair at her sister's wedding, he can't resist dancing with her. She was the love of his life and one day she just stopped writing him and sent back his letters unopened with no explanation. He was in the marine corps, so he couldn't just got home to see what was wrong. She refused his calls and eventually he stopped calling. He figured she met someone else and moved on. But the truth was much worse.

Shane doesn't tell Sinclair that he's only in town temporarily. He lets her believe that he's there to stay. That's his first mistake. His second is making her fall back in love with him.

Sinclair realizes that she never fell out of love with Shane. When she tells him the real reason why she cut him out of her life, he's shocked and devastated. He can't believe she had to go through something so tragic by herself. Now he understands her anger and the hatred she has for him. He vows to work hard to rebuild her forgiveness and trust.

When he finally has it, she finds out that he never intended to stay and she's furious that he lied; again. She also finds out that she's pregnant and wants nothing to do with him.

Can Shane make things right between them or is it history repeating itself?

Jenn Hype
5.0 out of 5 stars Sooooo good
Reviewed in the United States on 18 April 2017
Verified Purchase
I hate writing reviews of books. I suck at it. I never do the authors justice. And if I'm being truly honest, the main thing I want to do when I take the time to write one is just put a bunch of expletives in shouty caps. Because I don't take the time to write a review unless I'm THAT excited about a book.

But I don't think a long string of swear words is going to help anyone, so I'll do my best.

Samanthe writes books that have you dying to get to the good parts while wishing you could slow things down. I have to literally force myself to take the time to read every detail - because trust me, you don't want to skim anything in her books - but it kills me because I get so damn anxious to find out what happens next.

It kills me when I see people write reviews of any book where they're like - "If the characters would just talk, then there wouldn't be any issues!"

There's a reason divorce rates are so high, people. Miscommunication is the number one reason relationships - platonic and romantic both - struggle and fail. Why? Because we're afraid of getting hurt, so things get mixed up. If we all just said what was on our mind all the time, we'd be freaking miserable. It's knowing what to say and what to keep to yourself that becomes the issue.

IMO - the misunderstanding between the two MCs was believable and understandable. Let's be honest here - a conversation isn't enough to just fix a relationship. That's why you'll love Shane.

I loved Shane's story. True underdog coming home to prove the naysayers wrong. He's sexy, commanding and sweet. And this is just a personal preference, but I like a man that's a little hotheaded. To me, it means he's passionate. So you punch all the people you want to, Shane! I'll just love you all the more for it.

Sinclair is independent, self-sufficient and marches to the beat of her own drum. I love that her line of work was unique and not easy to succeed at, but she was passionate and made it happen for her. And I love her quirky house. She's adorable and feisty - mah kinda girl.

As always, this book was way up there in the heat-o-meter. Samanthe is good at making me blush.

So, to sum things up - Read the book because it's sweet, fun and sexy. The end. <3 xoxo
Read more
2 people found this helpful
Report abuse

S L Manning
5.0 out of 5 stars This book has everything and more!
Reviewed in the United States on 19 April 2017
Verified Purchase
This book gave me all the feels!

I laughed, swooned and wiped away a tear. Ms. Beck has always been an auto-buy for me, and she never disappoints. I devoured this book in one sitting.

I feel in love with Sinclair and Shane. Their second chance love story is hot, dreamy and delicious.

Sinclair is my kind fo girl. She's smart, confident and isn't going to let Shane sail back into her life on his terms.

Shane was determined to get back the girl of his dreams. I love a second chance romance, and this is one of the best, ever! Off the chart chemistry. Sex scenes that will have you fanning along with the fantastic dialogue. This book has it all.
Read more
3 people found this helpful
Report abuse
See all reviews
Back to top
Get to Know Us
Make Money with Us
Let Us Help You
And don't forget:
© 1996-2021, Amazon.com, Inc. or its affiliates