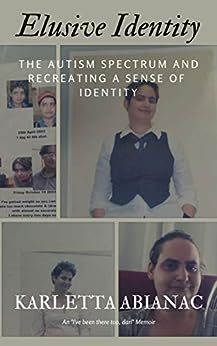 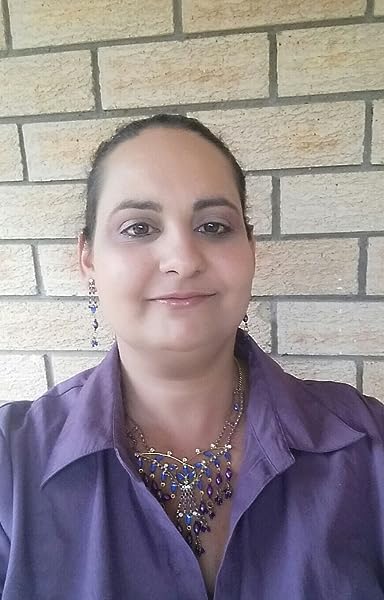 Elusive Identity: The Autism Spectrum and Recreating a Sense of Identity (I've been there to, darl Book 2) Kindle Edition

by Karletta Abianac (Author) Format: Kindle Edition
See all formats and editions
Sorry, there was a problem loading this page. Try again.
"A few months after going back to (being) Karletta, and for the second time in my adult life, I had no idea how to define myself. I felt like a blank slate. (Being) Karl felt like a story I'd heard about once. My past was irrelevant. My future would be a bunch of creative acts."

Masking. Blindly trusting. Losing a sense of self. Creating an Identity.

Karletta finds herself without a sense of self at times. It can launch a new way of experiencing life.

Get an insiders view of the joys and reasons for recreating an identity from scratch. Learn how trust, purpose, and certainty play a big role in times when Karletta is feeling directionless and disconnected to her values. This is also a memoir about intentionally recreating a vision of herself into "Stunning Goddess".

Elusive Identity is the second memoir in the 'I've been there to, Darl' Autism memoir series. The third book is being written.
Read more
Previous page
Next page

Karletta Abianac is a blogger, writer, and podcaster from Queensland, Australia.

As a teenager, she wrote and produced a street zine in Brisbane called Cookies Youth Magazine.

Karletta has long been a community activist; she did public speaking as a young person, in 2003, she received a Queensland Government Youth Up-Front Award for her &quot;Volunteer Work and Commitment to Social Change&quot;, and published her first non-fiction book, which was entitled Fill in the Gaps - Guide to Community Event Management.

Karletta received an autism diagnosis as an adult, and her memoir series draws on her experiences as an Autistic woman.

In her free time, Karletta enjoys writing poetry and memoir, practicing Egyptian hieroglyphs and collecting rocks near her home in Brisbane.

Anne J
4.0 out of 5 stars A first-hand account of living with autism
Reviewed in the United Kingdom on 3 February 2020
Verified Purchase
This was a very good book for anyone living with autism personally or for family and friends associated with them. It was useful to read a first hand account of what the experience felt like from the inside. I recommend this book.
Read more
Report abuse
See all reviews
Back to top
Get to Know Us
Make Money with Us
Let Us Help You
And don't forget:
© 1996-2022, Amazon.com, Inc. or its affiliates