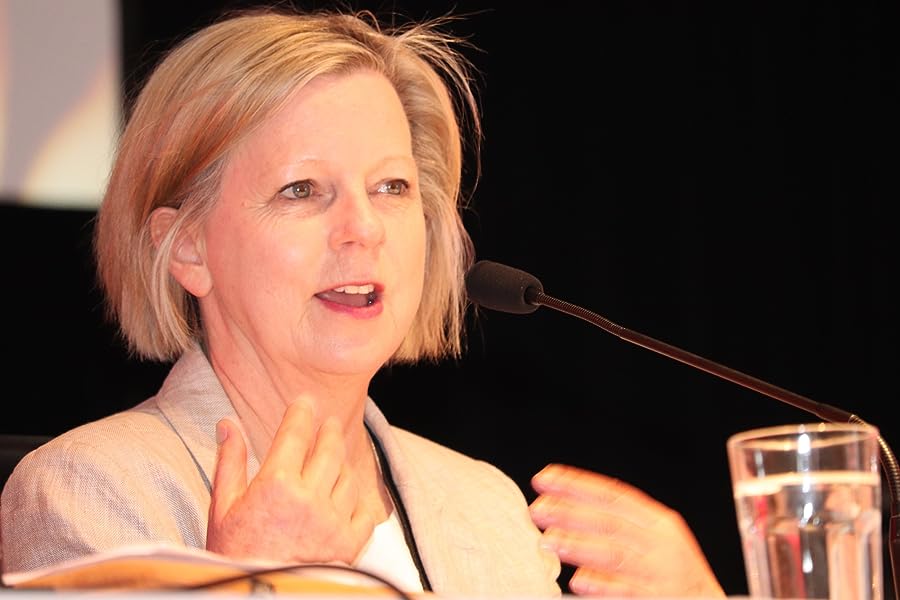 Get 90 days FREE of Amazon Music Unlimited
with the purchase of any eligible product. Shop now
Start reading The Elsinore Vanish on your Kindle in under a minute.

Joanna Baker was educated at The Friends' School, Hobart, the Australian National University, and RMIT Melbourne. She writes murder mysteries set in the two places she loves: Tasmania and the wine and high country of North Eastern Victoria. She also writes online about murder mysteries, why they are so enduring, and why they are not trivial.

Jennifer
TOP 10 REVIEWER
5.0 out of 5 stars ‘Being an outsider is also an advantage.’
Reviewed in Australia on 20 December 2019
Verified Purchase
An impossible murder? Ten months ago, in the Beechworth Town Hall, Tim Williams died in front of a room full of people. He was poisoned with potassium cyanide. But how? The poison was locked in a cupboard two kilometres away. And, at the time Tim was murdered, someone was sitting in front of the cupboard.

Yes, there are suspects. But the police aren’t making any progress. One of the suspects, Jacob Langton, thinks that Matt Tingle and Chess Febey might be able to help. After all, they solved a couple of murders in Yackandandah recently (‘Devastation Road’ Beechworth Trilogy #1)

‘The thing about magic is, you get to see something impossible.’

In this intriguing locked room mystery, written for young adults, Ms Baker provides all the right clues for attentive readers. Chess and Matt are Year 10 students, supposed to be enjoying their spring school holidays away from the traumatic events in Yackandandah. But Chess likes solving problems and thinks that logic will provide the answers. Matt is a better observer of human behaviour, but he’s initially reluctant to become involved. It gets messy, and Matt and Chess are in danger.

What is ‘The Elsinore Vanish’? And why are Matt and Chess being followed? Who killed Tim Williams?

Matt and Chess are likeable and determined characters. I really enjoyed this novel, and I’m looking forward to the third book in the trilogy. Thank you, Ms Baker, for writing such an intriguing murder mystery.

‘It’s all about stage setting.’

Jennifer Cameron-Smith
Read more
Helpful
Report abuse
See all reviews
Back to top
Get to Know Us
Make Money with Us
Let Us Help You
And don't forget:
© 1996-2021, Amazon.com, Inc. or its affiliates