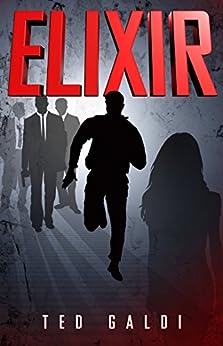 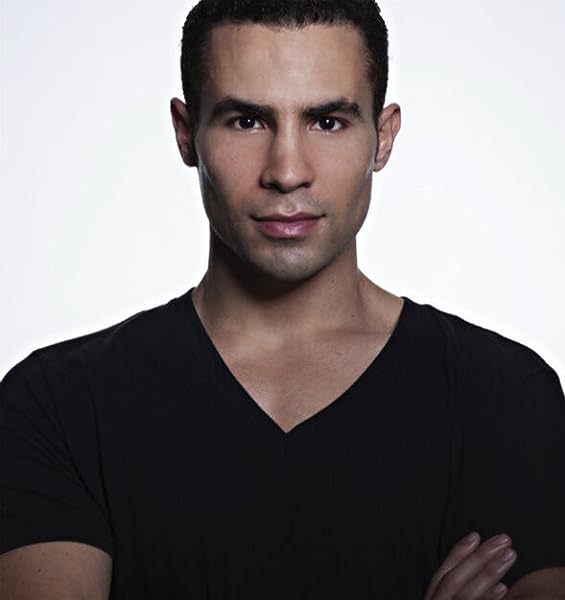 --Readers' Favorite --This text refers to the paperback edition.

<span>Ted Galdi, an Amazon #1 bestselling author, has been featured by Kirkus magazine, ABC, FOX, iHeartRadio, and many other media outlets. He's a winner of a Reader Views Reviewers Choice Award and a Silver Medal in the Readers' Favorite Book Awards. Ted is a graduate of Duke University.</span>
<span></span>
<span>His available releases are the books Elixir, An American Cage, and Lion on Fire, and the short stories A Road to Nowhere and Hazel Is Missing. </span>
<span></span>
<span>To learn more about him and take advantage of his free offers, visit his website at tedgaldi.com.</span> --This text refers to the paperback edition.

4.2 out of 5 stars
4.2 out of 5
285 global ratings
How are ratings calculated?
To calculate the overall star rating and percentage breakdown by star, we don’t use a simple average. Instead, our system considers things like how recent a review is and if the reviewer bought the item on Amazon. It also analyses reviews to verify trustworthiness.

Ailyn Koay
4.0 out of 5 stars I like it!
Reviewed in Australia on 7 August 2014
Got this from the author, Ted Galdi for an honest review. I liked it heaps, most probably because Sean Malone, the lead hero of the story was not a bad person even though he is a genius. The story is fast paced and definitely the poor guy does not have a moment of peace for long. I would recommend it for those who like a good action adventure, or just enjoy seeing a guy pit into ridiculously difficult situations.

You can read from Amazon US's reviewers and see that this book has good review and everyone recommended it if you do not believe me. Personally I would think that teens to young adults would love to give this book ago.

Fun to read too, a bit of a random info book (what I meant was it is full of random info for those know it alls)
Read more
Helpful
Report abuse
See all reviews

Pauline B
5.0 out of 5 stars Another stunner
Reviewed in the United Kingdom on 20 April 2021
Verified Purchase
This author never fails to deliver. Heart wrenching and dramatic, nail biting and unimaginable but so realistic and possible. It makes the mind boggle! Highly recommended.
Read more
Report abuse

Jane Jago
4.0 out of 5 stars A fine ride
Reviewed in the United Kingdom on 20 November 2016
Verified Purchase
I enjoyed this. It's what I would call a boy's book, being intensely masculine in its point of view. That is not to say that it is in any way anti-woman as women are treated with tenderness throughout. It is simply my reaction to the book.

Kindle Customer
4.0 out of 5 stars A fresh approach
Reviewed in the United Kingdom on 18 November 2016
Verified Purchase
Interesting thriller with a fresh approach. It sometimes got bogged down in providing chase scenes which weren't really necessary (why not go to the pharmaceutical company rather than running away?) But still enjoyable!
Read more
Report abuse

Tod with 1 D
2.0 out of 5 stars so-so
Reviewed in the United States on 24 October 2020
Verified Purchase
Why does an assassin stop the car in the middle of nowhere? Why, to take a whiz, of course. I had a hard time wondering why this event even needed to be described in the book.

From Lax to Zrh one doesn't reach the Atlantic by flying east across the US, taking just a couple hours as described in the book. Flights take the Great Circle route (look it up), which means flying north by northeast from LA over Canada, then across Greenland, and heading south by southeast, over the British Isles, and on into Zurich.

For a guy with an IQ of 240, you'd think he would come up with some basic facial disguise, like maybe spraying his hair blond or getting a stage mustache and nose from a costume store before charging off from Europe to his hometown in LA, to, you know, maybe avoid getting recognized right off the bat. But that would have meant an entirely different storyline for the last third of the book.

So many holes, so many grammatical errors, the proofreaders must have read a different book.

Not recommended, not worthwhile looking at other works from this author.
Read more
Report abuse

Mr C
2.0 out of 5 stars Wish the author was as clever as his character is supposed to be
Reviewed in the United States on 5 February 2017
Verified Purchase
I don't normally leave negative reviews, preferring to move on in search of a better read. In fact, I feel downright embarrassed. But for some obscure reason, this book irritates me. The main protagonist is supposed to be super clever, with the highest IQ ever recorded, but acts like an idiot most of the time. I get that emotional intelligence is different from intellect but I get no sense of the character having basic intelligence. One one hand you have a character who is a thoughtless kid and on the other a young man who falls into a sort of trance and solves the problems of the world. I confess, I stopped reading when the person with the highest IQ ever recorded acted with arrant stupidity yet again.
Read more
2 people found this helpful
Report abuse
See all reviews
Back to top
Get to Know Us
Make Money with Us
Let Us Help You
And don't forget:
© 1996-2021, Amazon.com, Inc. or its affiliates