Skip to main content
Eleven Scandals to Start to Win a Duke's Heart: Number 3... and over 1.5 million other books are available for Amazon Kindle . Learn more
Share <Embed> 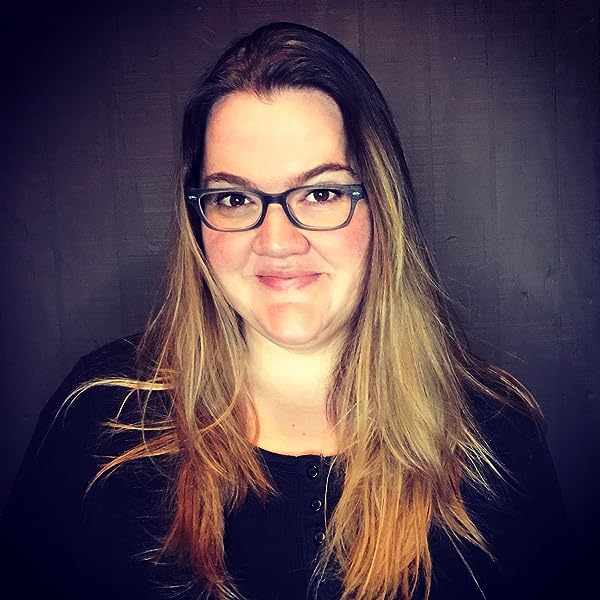 Page 1 of 1 Start overPage 1 of 1
Previous page
Next page
Start reading Eleven Scandals to Start to Win a Duke's Heart on your Kindle in under a minute.

Sarah MacLean grew up in Rhode Island, obsessed with historical romance and bemoaning the fact that she was born centuries too late for her own season. Her love of all things historical helped to earn her degrees from Smith College and Harvard University before she finally set pen to paper and wrote her first book. Sarah now lives in New York City with her husband, their dog, and a ridiculously large collection of romance novels.

4.4 out of 5 stars
4.4 out of 5
302 global ratings
How are ratings calculated?
To calculate the overall star rating and percentage breakdown by star, we don’t use a simple average. Instead, our system considers things like how recent a review is and if the reviewer bought the item on Amazon. It also analyses reviews to verify trustworthiness.

lisa
TOP 50 REVIEWER
5.0 out of 5 stars Scandal and reputations
Reviewed in Australia on 31 October 2015
Verified Purchase
This excellent book is about Juliana, a half Italian who is looked down upon by society, especially by stuffy duke Simon. Angered by his disdain Juliana bets she can make him give into passion within two weeks. Unfortunately in the same two weeks Simon is about to be engaged to society paragon lady Penelope.

The tension between the main characters carries the reader on an engrossing voyage to a satisfying conclusion. Nothing is without interesting complexity. Juliana is both angry at the judgemental English society while regretting that she is not accepted by it. Simon is determined to protect his family name from scandal while struggling with his fixation on Juliana.

Smut rating is M. They 'do it' but it's about more than animal attraction. Good quality reading and highly recommended.

Alison Thompson
5.0 out of 5 stars God story
Reviewed in Australia on 25 January 2019
Great end to this story and some interesting characters to learn more about. Wish I had read this before the next series as the characters are ongoing
Read more
Helpful
Report abuse
See all reviews

Carol Cork
5.0 out of 5 stars This was a perfect end to an excellent series which I can definitely recommend.
Reviewed in the United Kingdom on 31 January 2019
Verified Purchase
After being slightly disappointed by Ten Ways to Be Adored When Landing a Lord, I really loved this final book in the Love by Numbers series. The ‘opposites attract’ storyline is one of my favourites and Sarah MacLean pulls it off brilliantly by pairing the fiery Juliana with the oh-so-proper Duke of Leighton.

Like his forebears before him, Simon Pearson, the 11th Duke of Leighton, has led an exemplary life – his reputation untarnished. Cold, arrogant and domineering, his aloofness and contempt for those he considers beneath him has earned him the title, Duke of Disdain.

Juliana Fiori, the daughter of an Italian merchant and a disgraced English marchioness, is beautiful, bold, unconventional and passionate and refuses to bow to the dictates of London society. Both her exploits and her scandalous family have become fodder for the gossipmongers.

I must admit that after reading Ten Ways to Be Adored When Landing a Lord, it was hard to like the unfeeling, haughty Duke of Leighton, but gradually I came to understand why he believed that honour and duty came before anything else. All the previous ten generations of dukes had been raised with one rule – ‘Let nothing besmirch the name’ – and he saw it as his duty to live an unblemished life. Being raised by a cold, unloving mother had only further reinforced these beliefs and shaped him into the man he had become.

And there it was, in the cool, unmoving tenor of his mother’s words. Get it done. The demand . . . the expectation that a man like Simon would do whatever it took to ensure the safety and honor of his name.

It made Simon a far more sympathetic character and one I was rooting for.

I could see the vulnerability that lurks beneath Juliana’s boldness. While she gives the impression that she cares nothing for society’s censure, secretly she longs to be accepted. My heart went out to her because, no matter how hard she tries, she can never escape the legacy of her mother’s scandal and society’s expectations that Juliana is destined to be just like her.

Your mother’s daughter. The words were a blow she could never escape. No matter how hard she tried.

With a family scandal involving his younger sister Georgiana looming, Simon decides that marriage to a lady of impeccable character will overshadow the scandal. But Juliana has turned Simon’s orderly world upside down and, although he knows she is totally unsuitable, he can’t seem to resist her. While I enjoyed the sizzling chemistry between Simon and Juliana, I also enjoyed seeing them discover the real person behind the facade that they each present to society. Simon sees that Juliana is not only mesmerisingly beautiful but also charming, intelligent, quick-witted and committed to those she loves. He also realises that she is as much a victim of circumstances as he is. Juliana discovers that, lurking beneath that the arrogant, oh-so-proper Simon is a charming, teasing, passionate man. Even though I was often frustrated by his misguided determination to resist the inevitable, I enjoyed watching Simon finally come to realise what he truly wants.

…you taught me that everything I believed, everything I thought I wanted, everything I had spent my life espousing—all of it . . . it is wrong. I want your version of life . . . vivid and emotional and messy and wonderful and filled with happiness.

It was heart-warming to see how determined Simon is to love, protect and support his niece so that she would never have to experience the same pain that Juliana had. He also realises how much he had failed his sister when she needed him the most.

I did enjoy Juliana’s amusing habit of using the wrong words:

“I am not an invalid, Simon, I still have use of all my extremes.”
“You do indeed—particularly your extreme ability to try my patience—I believe, however, that you mean extremities.”

Gabriel and Nick St. John and their respective wives, Callie and Isabel, characters from the previous books, are on hand to help or, in some cases, hinder Juliana and Simon’s journey to their Happy Ever After. I particularly enjoyed the rather volatile scenes between Simon and Gabriel!

MY VERDICT: This was a perfect end to an excellent series which I can definitely recommend.
Read more
One person found this helpful
Report abuse

Book Gannet
4.0 out of 5 stars The Duke of Disdain's Downfall
Reviewed in the United Kingdom on 11 May 2011
Verified Purchase
As the Italian half-sister to the Marquess of Ralston, Juliana Fiore is no stranger to scandal. True, her habits of bold dress and speaking her mind don't help her situation, nor does having a foreign merchant for a father. But the real scandal of her reputation has little to do with her at all - and everything to do with her mother. And her habits of running out on her children and marriages.

Unable to overcome such a shocking parentage, Juliana soon learns to stop trying to live it down. Why bother when the ton only thinks the worst of her anyway? Especially when the Duke of Leighton is around.

Except the Duke of Disdain hasn't always despised her. In fact he was once just Simon to her. Until he found out who she was, because to Leighton reputation is everything and scandal is the last thing he wants, seeks or needs. But when Juliana challenges him to a wager of passion, even this cold Duke is too human to resist.

After the Excellent  Nine Rules to Break When Romancing a Rake  and the disappointing  Ten Ways to Be Adored When Landing a Lord , I'll admit I was a little nervous about this final part of the St.John siblings' trilogy. Thankfully the first chapter proved me wrong. Juliana (unlike Nick) more than lives up to the promise of the fiery, spirited and slightly insecure young woman seen in the previous books. She's reckless, passionate and fun - especially when her English idioms fail her - but she's also caring and warm.

Which makes her pursuit of Simon slightly perplexing. This is not a man wearing a public mask and behaving totally different in private. He really is the Duke of Disdain, cold, judgemental and arrogant. He doesn't have a softer side - until Juliana turns his life completely upside down. Which means he spends the majority of this book being insufferable and arrogant, confused about just how Juliana keeps getting to him.

Set in the heart of the London ton there's plenty of scope for fun and farce - except this isn't the jubilant romp of Nine Ways.... Instead it's an elitist, catty place where Juliana faces more humiliation than humour. At least she has the support of sister-in-law Callie and new duchess Mariana, else this would be too bleak to bear.

Although I'm not sure what Juliana wanted to achieve with her challenge, and I'll admit I did grow bored of the constant superiority/inferiority complexes, conversations and arguments, this is a definite improvement on Ten Ways.... In all it's a fairly decent historical tale, with nothing too objectionable or memorable. Good, with hints of greatness, it just lacks the overall sparkle that MacLean is capable of. 3.5 stars.
Read more
9 people found this helpful
Report abuse

By MR
5.0 out of 5 stars By MR
Reviewed in the United Kingdom on 24 December 2020
Verified Purchase
It's the second time I've read this book and enjoyed it just as much as the first time highly recommend it
Read more
Report abuse

Jana
5.0 out of 5 stars very good. However
Reviewed in the United Kingdom on 28 October 2016
Verified Purchase
Again, very good. However, the writer repeats herself in some situations - steamy scenes are quite predictable by the end of series.
Read more
Report abuse

Vivien
4.0 out of 5 stars Decent
Reviewed in the United Kingdom on 18 August 2019
Verified Purchase
Predictable but still enjoyable
Read more
Report abuse
See all reviews
Back to top
Get to Know Us
Make Money with Us
Let Us Help You
And don't forget:
© 1996-2021, Amazon.com, Inc. or its affiliates