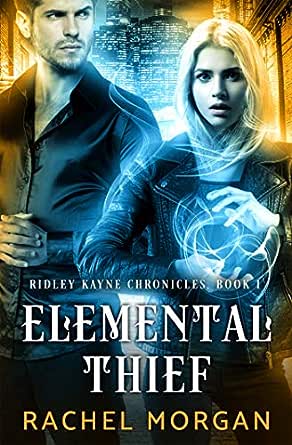 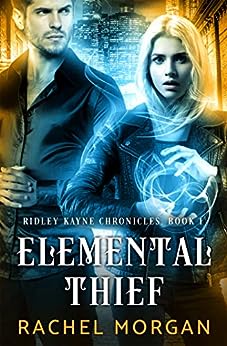 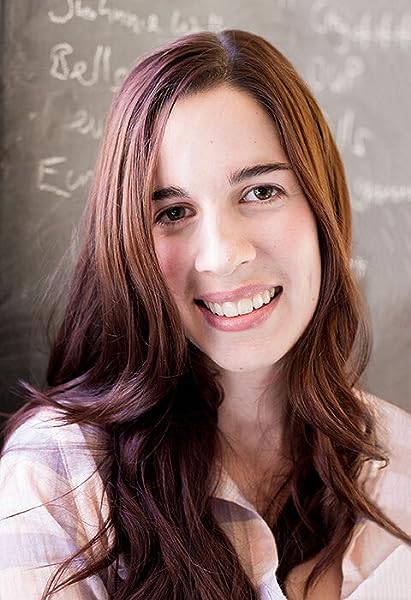 Rachel Morgan spent a good deal of her childhood living in a fantasy land of her own making, crafting endless stories of make-believe and occasionally writing some of them down. After completing a degree in genetics and discovering she still wasn't grown-up enough for a 'real' job, she decided to return to those story worlds still spinning around her imagination. These days she spends much of her time immersed in fantasy land once more, writing fiction for young adults and those young at heart. Rachel lives in Cape Town with her husband and three miniature dachshunds. She is the author of the bestselling Creepy Hollow series and the Ridley Kayne Chronicles, and also writes sweet contemporary romance under the name Rochelle Morgan. --This text refers to the paperback edition.

4.4 out of 5 stars
4.4 out of 5
336 global ratings
How are ratings calculated?
To calculate the overall star rating and percentage breakdown by star, we don’t use a simple average. Instead, our system considers things like how recent a review is and if the reviewer bought the item on Amazon. It also analyses reviews to verify trustworthiness.

Michelle
TOP 1000 REVIEWER
5.0 out of 5 stars Riddle me this!
Reviewed in Australia on 14 August 2018
Verified Purchase
What do you get if you cross the world from Altered Carbon with Robin Hood?

At least these were the things that popped in my head as I was reading this book!

A dystopian world where the divide between the rich and the poor is extremely shocking.

Ridley does her best to maintain her grades, in the hope of having a chance at a better future. However, once she realises that she can do things that others can't, her life diverges on two different paths, her normal life and her magical one.

I love the relationship between Ridley and her dad, the loss of her mother, bringing them even closer together.

Everyone has an agenda here, nothing is clear cut and it seems that Ridley is the only one that has no idea what is really going on.

I highly recommend you pick this up. It had me racing to reach the last page then wishing I had the next book already!

I have purchased my copy on Amazon AU.

Robski
5.0 out of 5 stars Unexpected outcomes as the mystery unfolds
Reviewed in Australia on 18 November 2020
Verified Purchase
Great read! I really enjoyed meeting each of the characters and now look forward to continuing with this series of books by Rachel Morgan. She certainly knows how to build suspense and delivers many unexpected situations, as she takes you deeper into the story.
Read more
Helpful
Report abuse

BananaTricky
4.0 out of 5 stars Fascinating NA magical urban fantasy
Reviewed in the United Kingdom on 26 March 2019
Verified Purchase
Four years ago magical user caused a cataclysmic event which wiped out whole swathes of the world, now all magic use is banned and punishable by death. Citizens have two implants under their skin which prevent them from using magic which rages uncontrollable out in the wastelands.

Before magic broke the world Ridley Kayne and her parents were wealthy, living in Aura Tower, the premier apartment building in Lumina City. But her mother died in the Cataclysm and her father, a jeweller who fashioned beautiful pieces using magic, lost his livelihood, now they eke out a living running Ridley's grandfather's antique store. Having been ostracised by her former friends when her family fell on hard times, Ridley still manages to attend the same school, having won a scholarship.

Ridley's experiences have made her into a futuristic Robin Hood, she steals from the rich to help out those who are struggling. Stealing an antique from the home of the Davenports in Aura Tower one night using her magic, which is different to that used by other people prior to the Cataclysm, to avoid detection Ridley is followed home by a stranger who is later murdered outside the antique shop after the two younger Davenports come to visit, ostensibly to buy their mother a birthday present.

Archer Davenport is the Davenports' son. He left Lumina City a while back and rumours have been rife as to where he is and what he's doing, until he turns up at Ridley's antique shop. Then it seems that he is everywhere and somehow linked to the murder of the man outside the store. But when Ridley's best friend is arrested for the murder Ridley is determined that the Davenports won't buy their way out of trouble and determines to find out what Archer was doing with the victim and prove that her friend isn't responsible for the murder.

This has a little bit of everything. Sort of a bit Gossip Girl, a bit Pretty in Pink, a shade of A Little Princess, magic, teenage angst, secret societies and prom. I loved it and can't wait to read the next book.
Read more
Report abuse

carrie
4.0 out of 5 stars Engrossing!
Reviewed in the United Kingdom on 7 December 2020
Verified Purchase
I was engrossed from the first page, I do love witchy stories and this was great.
I got lost in Ridley's adventures, I did enjoy the world-building too.
The characters are put together really well I especially liked Archer who by all accounts is a changed man. Ridley was also an interesting character.
The storyline was so engrossing that I didn't realise that I was coming to the end of the book.
My only problem with the book is that it has a great big cliffhanger!
Read more
One person found this helpful
Report abuse

Amazon Customer
5.0 out of 5 stars Stupendous
Reviewed in the United Kingdom on 17 January 2021
Verified Purchase
I am hooked, this was so fantastic and full of suspense and adventure couldn’t put it down just had to keep reading
Read more
Report abuse

Trixiebelle
5.0 out of 5 stars Great read
Reviewed in the United Kingdom on 20 August 2018
Verified Purchase
Brilliant new series , couldn't put it down and can't wait for the next one. Highly recommended if you like Shannon meyer books.
Read more
Report abuse

Kinana hmmour
3.0 out of 5 stars Disappointing...
Reviewed in the United Kingdom on 16 January 2021
Verified Purchase
Ridley, in this city where all the people have magic but are forbidden to use magic, somehow she cooperates with the rich people who steal things before, which is ridiculous.......
Read more
Report abuse
See all reviews
Get FREE delivery with Amazon Prime
Prime members enjoy FREE Delivery and exclusive access to movies, TV shows, music, Kindle e-books, Twitch Prime, and more.
> Get Started
Back to top
Get to Know Us
Make Money with Us
Let Us Help You
And don't forget:
© 1996-2020, Amazon.com, Inc. or its affiliates