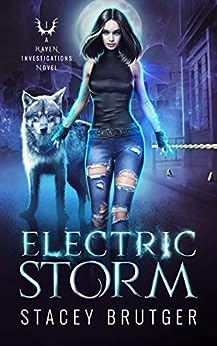 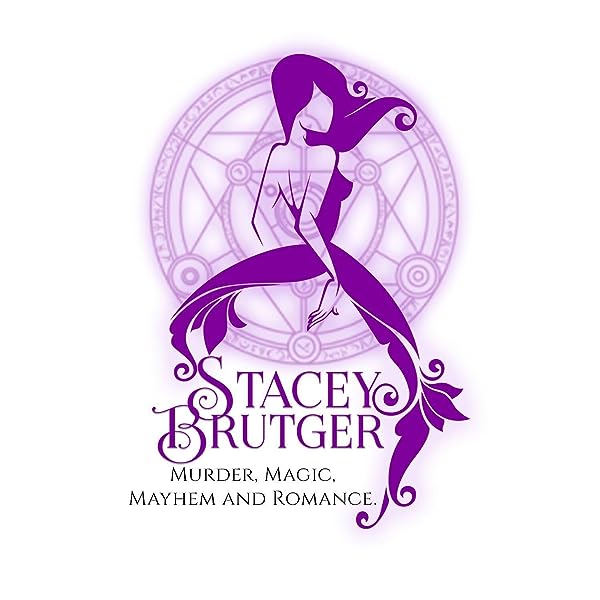 4.1 out of 5 stars
4.1 out of 5
89 global ratings
How are ratings calculated?
To calculate the overall star rating and percentage breakdown by star, we don’t use a simple average. Instead, our system considers things like how recent a review is and if the reviewer bought the item on Amazon. It also analyses reviews to verify trustworthiness.

TooManyBooks
2.0 out of 5 stars Potential but in heavy need of editing
Reviewed in Australia on 20 January 2016
Verified Purchase
I know that sometimes you have just have to get through the first book of a series before the author learns from their mistakes and the rest of the series is fantastic.... But 30% in I gave up from frustration.

There's so much potential here with a really interesting storyline. The idea of someone who can manipulate energy is different and makes for some interesting abilities and tricks- like powering her computer up with electricity from her fingers, Also, Raven's struggles to ground the electricity so it doesn't consume her is interesting and is sure to make for problems in the future.

But, the story was just too hard to follow. I think the author tries to leave things out to create mystery, but it leaves flaws in the story. For example, Raven suddenly has two werewolves hanging out with her, but doesn't bother to sit down and figure out why. And the timeline is confusing- how long ago did she escape from the lab? There are also mistakes in the story- like saying one of the werewolves, Taggart, is a weak shapeshifter and can't even shift into a wolf, but then he sprouts claws from his human hands which apparently only a really strong shapeshifter can do.

In terms of writing style, it's a little bit lazy. Visual descriptions of people and places are often missing- I have no idea how old anyone even is. The detective just tells Raven the murders are connected with no reasonunglike "they were all found in the same lake". Characters switch between intense emotions between one sentence and the next, and half of the time I don't actually know who's talking.

Of course, I didn't finish the book, so maybe things improve, and the story has so much potential. I still might give this book another shot down the line.
Read more
3 people found this helpful
Helpful
Report abuse

Rae Wynne
2.0 out of 5 stars Interesting world but VERY poorly written
Reviewed in Australia on 20 August 2019
Contradictions abound throughout the book and are just so incredibly frustrating. Her power(as well as pretty much everything else) is never explained, and things that she claims are impossible will be easily done in the very next sentence. With, again, no bloody explanation. Her power appears and disappears constantly, seemingly to further the plot, and most of the time I had no idea what she actually did with it, just flash! bang! and she's suddenly lying singed on the ground.

And I find absolutely no appeal to Jackson, he's arrogant and actually physically and professionally hurts her because he's so sure he knows better, even after they explicitly tell him not to. And the timelime? Who even knows.

Lastly, and I've really only covered the most annoying errors, the police are terrible, I don't expect it to be perfect but what kind of idiot detective would misunderstand what self defense is?
Read more
2 people found this helpful
Helpful
Report abuse

Kindle Customer
5.0 out of 5 stars I love Stacey's books
Reviewed in Australia on 18 March 2021
Raven is one of the most complex interesting characters I've met. The other characters are equally interesting, and all have secrets that are slowly being revealed.
Read more
Helpful
Report abuse
See all reviews

serendipity5
3.0 out of 5 stars Enjoyable
Reviewed in the United Kingdom on 3 March 2014
Verified Purchase
I liked this book, the overall mystery of the story was a who/why did it and the book covered that well with some intriguing plot points. I liked the character of Raven, she was intriguing and I would like to know more about the labs she came from and what was done to her. We get fed a bit of information every now and then which kept me curious and reading on. The other characters were interesting and I liked them a lot, but I did wonder why Raven was surrounded by a cast of men (there were a few token women, one of whom was jealous of Raven's attention!) all of whom were great and well rounded but it did feel like there was a constant menu of men trying to get Raven's attention which did put me off a bit. The other thing that put me off is that I had to keep going back and re reading parts as I didn't understand at first and some of the explanations were very complicated. I constantly felt unsure as to who was supposed to be behaving in what way. We also chopped and changed scenes and points of view rapidly, again leaving me not knowing where I was. The explanations of shifter behaviour in particular still has me confused. But for all that something about the book and the characters kept me reading and thinking about them, there was certainly an undeniable x factor about it. I am going on for the next book to see what that brings.
Read more
6 people found this helpful
Report abuse

Bex79
3.0 out of 5 stars Excellent story - poorly written.
Reviewed in the United Kingdom on 22 July 2014
Verified Purchase
I'm still sitting on the fence about this book. I was hooked from the first page and yet the writing style and quality was headache inducing. I still find it hard to believe that I purchased Electric Storm after struggling through the free sample. But I did and I'm still tempted to buy the second book in this series. Raven is a little tough to understand but she has me curious about her life. I like how the information is trickled out bit by bit throughout, I just wish it was a little easier to follow at times. I'm unsure where all the sexual tension is leading and a little concerned about Taggert after Raven considering him a boy early on. It seems a little creepy do we even know his age?
Read more
Report abuse

Jayne Scallon
5.0 out of 5 stars So good
Reviewed in the United Kingdom on 7 January 2019
Verified Purchase
This book was incredible my heart was pounding with adrenaline and the hotties are damn near swoon worthy all I can say is raven is super lucky and I need more
Read more
Report abuse

Wolfman
5.0 out of 5 stars Different and exciting
Reviewed in the United Kingdom on 1 January 2016
Verified Purchase
Am a fan of paranormal books but the genre is getting a bit overwhelmed by new not so good books..so this was a pleasant surprise. Excellent characters, twisty plot and a new take on the genre all add up to a really good read.
Read more
Report abuse

Christy Major
1.0 out of 5 stars Good premise, poorly written, too confusing
Reviewed in the United Kingdom on 5 March 2016
Verified Purchase
Could have been a really good story. But so poorly written it didn't stand a chance. It didn't make sense. It doesn't appear to have been proof read at all. I had no idea why the characters were acting the way they were and had no clue why seemingly significant explanations were important. It was a real shame.
Read more
One person found this helpful
Report abuse
See all reviews
Back to top
Get to Know Us
Make Money with Us
Let Us Help You
And don't forget:
© 1996-2021, Amazon.com, Inc. or its affiliates