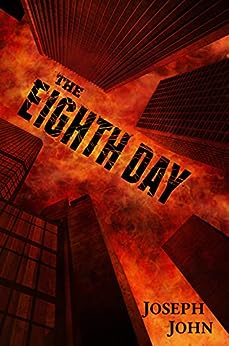 I took on this mortal coil in 1976 in Omaha, NE. As an only child, my parents were able to devote their existences to catering to my every whim. My Mom started by reading the newspaper to me, ensuring I was up to speed on current events. Once I outgrew the newspaper, she moved on to Golden Books. I read my first novel, Cujo, in the third grade. It hooked me, and I took to main-lining novels and working the libraries like an eight-year-old junky looking to score his next fix. I've been an avid reader ever since, throwing my lot in with Frank and Joe Hardy, the three investigators, and much later, Roland Deschain and his ka-tet.

I somehow fooled Uncle Sam into believing I would one day make a great leader of men, and he promptly shipped me off to the United States Military Academy at West Point, NY, where I languished in a turmoil of emotions that ranged from apathy to not giving a damn. This lent me to writing angst-filled poetry and short stories when I should have been paying attention in class or studying in the barracks, thereby resulting in the refinement of my craft and lending credence to that familiar idiom--you know, silver linings and all that.

In 1998, I graduated from West Point and was commissioned as a second lieutenant in Army Aviation. I attended flight school in Alabama, where I learned to wear cool shades and a leather jacket, and something about helicopters. Forgive me. It was some years ago, and my memory is fading faster than a cheap tattoo.

In 2013, I decided to hang up my cool shades and leather jacket and don a pocket protector and masking-tape-repaired glasses, transitioning from Army Aviation to Operations Research and Systems Analysis. I had spent the last fifteen years refining my skills and building a solid foundation of knowledge, so I figured what better time than the twilight of my career to throw all that out the window and start from scratch in an entirely new field.

So how does the rest of my story go? I will tell you when I get there; it is still a work in progress. --This text refers to the paperback edition.

Walter Scott
5.0 out of 5 stars “Nothing you know is real.”
Reviewed in Canada on 6 November 2017
Verified Purchase
New York in the near future. Black SUVs. Men in dark suits, with guns. A stranger tells Shawn Jaffe, “They’re watching you. Your name isn’t Shawn Jaffe. You aren’t from Ohio, and you’re not an investment banker.” Made me think of Total Recall.
The novel could have turned out to be a shallow cliché, but Joseph John started the story with a solid hook, and never let go. You won’t put this one down and turn on the TV. Joseph John is a name to watch and an author well worth following.

Kindle Customer
5.0 out of 5 stars This is top line hard scifi - finest kind
Reviewed in the United States on 1 October 2017
Verified Purchase
I don't like to have great corporations messing with my mind for their own good, but it happens every day and I can't stop it unless I go and live in a cave without communications. Not going to happen.

So what is the worst that they can do to us? Well, Joseph John has come up with an idea or two in this book that will give you an inkling to disturb your dreams. It is all quite logical, and I fear that it might happen, or be already under development.

Amazon Customer
5.0 out of 5 stars Well worth the read
Reviewed in the United States on 25 November 2017
Verified Purchase
I didn’t have high expectations but this both far exceeded them. The start was quirky and reminded me of Twin Peaks. Both halves are well paced. My interest never waned. The science was just believable enough but not too deep. The editing was tight. Overall, a great sci-fi thriller.
Read more
4 people found this helpful
Report abuse

Henry Kline
4.0 out of 5 stars Solid thriller
Reviewed in the United States on 11 September 2020
Verified Purchase
You don't want to know more than the basics of the story, because its surprises are essential to enjoying it. But it's exciting all the way through. All questions are answered by the end. I'd give it 5 stars as a fun, satisfying read, but only 4 for the frequent random interjection of where the sun is in the sky written too poetically--it breaks up the action.
Read more
One person found this helpful
Report abuse

DejaWiz
5.0 out of 5 stars Buy it!
Reviewed in the United States on 3 June 2016
Verified Purchase
I'll keep this short, simple, and to the point...

If you are a fan of alternate world, science fiction, or mystery novels, then look no further. This outstanding story combines them all!

Whether you are a fan of digital e-books or want the physical copies to hold, you will be delighted that this gives you both options and it's well worth the price.

Just get it, already!
Read more
7 people found this helpful
Report abuse
See all reviews
Back to top
Get to Know Us
Make Money with Us
Let Us Help You
And don't forget:
© 1996-2021, Amazon.com, Inc. or its affiliates