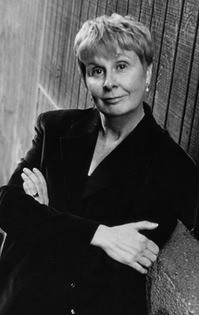 Marcia Muller is a New York Times bestselling author and creator of the critically acclaimed series starring private investigator Sharon McCone. With more than thirty-five novels to her credit, Muller has received the 2005 Grand Master Award from the Mystery Writers of America, the Private Eye Writers of America Lifetime Achievement Award, a Ridley Award, an American Mystery Award, and the Anthony Award.

Laura Hicks is an Obie Award-winning actress who has appeared on Broadway, off Broadway, and in regional theater, film, and television. A native New Yorker and a Juilliard graduate, she has performed throughout the United States, as well as in Canada, Australia, Austria, Italy, and Ireland.

4.2 out of 5 stars
4.2 out of 5
85 global ratings
How are ratings calculated?
To calculate the overall star rating and percentage breakdown by star, we don’t use a simple average. Instead, our system considers things like how recent a review is and if the reviewer bought the item on Amazon. It also analyses reviews to verify trustworthiness.

pedant
2.0 out of 5 stars Maybe...maybe not.
Reviewed in the United Kingdom on 29 September 2015
Verified Purchase
Early novel in the McCone series. Cute idea for a plot, not well developed. Will persevere with others of the series as Muller has a nicely acidic approach to some of her more grotesque characters, especially the variations of human sexuality and their patterns.
Read more
Report abuse

c a duffy
1.0 out of 5 stars No thanks
Reviewed in the United Kingdom on 19 September 2019
Verified Purchase
No not the best I've purchased.
Read more
Report abuse

Donna Mills
4.0 out of 5 stars new writer....
Reviewed in the United Kingdom on 13 January 2013
Verified Purchase
It was an intresting book to read, will be looking for more of work as I have not run a cross this wirter in the UK......
Read more
Report abuse

Read more
Report abuse
Translate review to English
See all reviews
Get FREE delivery with Amazon Prime
Prime members enjoy FREE Delivery and exclusive access to movies, TV shows, music, Kindle e-books, Twitch Prime, and more.
> Get Started
Back to top
Get to Know Us
Make Money with Us
Let Us Help You
And don't forget:
© 1996-2020, Amazon.com, Inc. or its affiliates