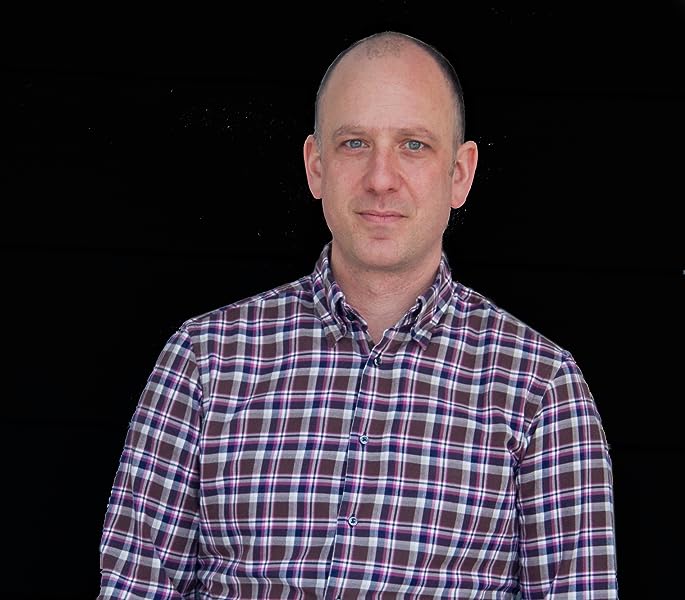 by Peter Kujawinski (Author), Jake Halpern (Author)
4.6 out of 5 stars 31 ratings
See all formats and editions
Sorry, there was a problem loading this page. Try again.

What lies beyond the precipice? The companion novel to the New York Times bestselling Nightfall.

Thousands of miles south of the island of Bliss, day and night last for 72 hours. Here is one of the natural wonders of this world: a whirlpool thirty miles wide and a hundred miles around. This is the Drain. Anything sucked into its frothing, turbulent waters is never seen again. Close to the Drain is the island of Edgeland: a holy place where people bring their dead to be blessed at the great 'bone houses' - ancient, mystical funeral homes that process thousands of bodies each day. The dead are loaded onto funeral scows and sent over the edge, into the World After, the place where the dead come back to life and face judgement. At least, that's what the priests say.

Alec is second in command at House Aron - the greatest and oldest of the bone houses. If he plays his cards right, he stands to inherit the house. His closest friend, though, is posing a threat to this - Wren, a vagabond who lives by her wits on the streets of Edgeland. Wren wants nothing more than to escape the island - she sees it as nothing more than a sham. She doesn't believe in the bone houses, or the priest, or even the existence of the World After. She just believes in herself - and her need to find a way off the island. There's a catch, though - the only person who can help her is Alec. Can Alec betray the House of Aron to help Wren, or will he stay true to the path that's been laid out for him for as long as he can remember?
Read more
Previous page
Next page

Halpern and Kujawinski have constructed a refreshing, original fantasy that thoughtfully probes the subjects of class, religion, and morality. Compellingly written, this otherworldly adventure is a unique offering that deserves attention. Happily, an open ending suggests Wren and Alec's adventures have only begun. ― Booklist

Jake Halpern is an acclaimed journalist, author, and radio producer who has written for several publications including The New Yorker and The New York Times Magazine. As a contributor at NPR, Jake produced one of the most listened-to episodes of This American Life. He co-wrote the DORMIA series with Peter Kujawinski and is the author of BAD PAPER, a non-fiction book for adults. Follow Jake at www.jakehalpern.com For eighteen years, Peter Kujawinski was an American diplomat, on assignment in places like Israel, Haiti and France and at the United Nations in New York. Most recently, he was the U.S. Consul General in western Canada. While working as a diplomat, he started to write for adults and children. He has contributed to the international edition of the New York Times, and with co-author Jake Halpern, Peter wrote the DORMIA trilogy (DORMIA, WORLD'S END and SHADOW TREE). He lives in Chicago with his family. Follow Peter at www.peterkujawinski.com or on Twitter: @kujawinski
Start reading Edgeland on your Kindle in under a minute.

Peter Kujawinski writes nonfiction and fiction for all ages. He contributes regularly to the New York Times and the New Yorker online. He is also the New York Times bestselling author of Nightfall, with Jake Halpern. Their critically acclaimed follow-up novel, Edgeland, was released in May 2017.

Before turning to writing full-time, Peter was an American diplomat for 18 years. He worked in Israel, twice in Haiti, in France, and at the UN Security Council in New York. He lived in Canada for his last diplomatic assignment as U.S. Consul General to Alberta, Saskatchewan and the Northwest Territories. He is a graduate of Georgetown University, as well as Sciences Po and Ecole Nationale d’Administration (ENA) in France. He now lives in Chicago with his family. For more information, please go to www.peterkujawinski.com

Cynthia Farr-weinfeld
5.0 out of 5 stars Very cool premise that delivers a great story!
Reviewed in the United States on 14 November 2020
Verified Purchase
I was hoping this would be like their other book but it was different. I ended up being more than ok with that and loving the two main characters!
Read more
Report abuse

GC
5.0 out of 5 stars Bought for teen girl.
Reviewed in the United States on 7 June 2020
Verified Purchase
Great book. Purchased for my 15 yr old daughter who read the first one.
Read more
Report abuse

Richard S.
5.0 out of 5 stars My daughter LOVES this series
Reviewed in the United States on 8 May 2018
Verified Purchase
My teenage daughter requested this book. She LOVES the series. This was delivered quickly and she has already started reading it.
Read more
Report abuse

aleris
5.0 out of 5 stars Another good book by these authors
Reviewed in the United States on 18 May 2017
Verified Purchase
Excellent book. Not as good as their book Nightfall but still a fun read with interesting characters. Fast moving with timely ideas.
Read more
Report abuse
See all reviews
Back to top
Get to Know Us
Make Money with Us
Let Us Help You
And don't forget:
© 1996-2021, Amazon.com, Inc. or its affiliates