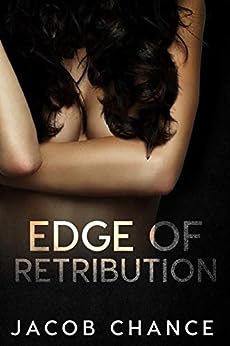 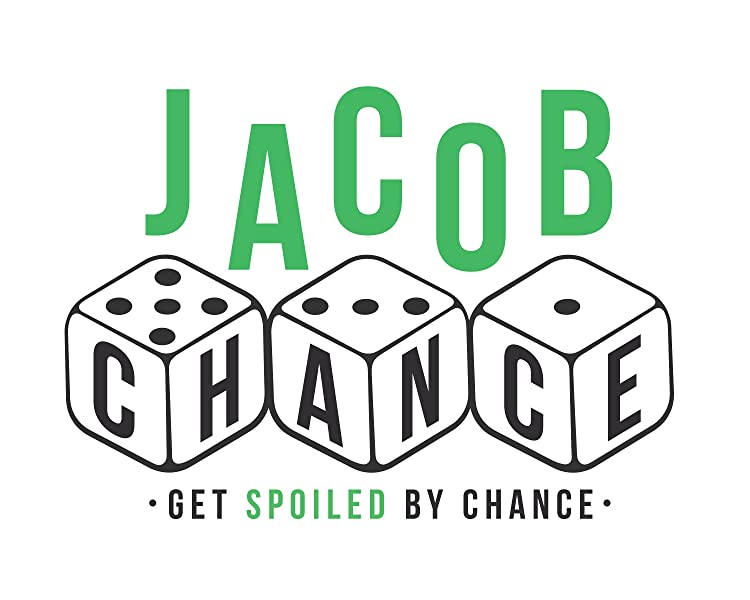 Edge of Retribution (On the Edge Duet Book 1) Kindle Edition

4.9 out of 5 stars
4.9 out of 5
85 global ratings
How are ratings calculated?
To calculate the overall star rating and percentage breakdown by star, we don’t use a simple average. Instead, our system considers things like how recent a review is and if the reviewer bought the item on Amazon. It also analyses reviews to verify trustworthiness.

TardisAngel
5.0 out of 5 stars Romantic suspense, an older man, and a need for retribution
Reviewed in Australia on 10 May 2018
Verified Purchase
Jacob Chance is an author who I found recently and whose books I have absolutely loved, and Edge of Retribution is no different. Despite the fact that this is a complete 180 from his two previous sports-based, romantic comedies, Jacob manages to pull off a fantastic story with a gripping plot line and two characters I really enjoyed.

Zoe and Nash share a history because he was involved in her protection after the brutal deaths of her parents (and despite knowing it was coming having read the first chapter in Jacob's Facebook group I was still stunned by it all!!) and the attraction between them is palpable. But with Zoe only 18 and Nash in a position of power, it's not the right time. Fast forward six years and a few things have changed. Zoe and Nash are now colleagues, Zoe is old enough to want retribution for the horrible events that threw her entire life off its axis and Nash is ready to finally admit that perhaps Zoe is the woman he has been waiting for all along.

Zoe and Nash were both truly likeable characters and even though Zoe went through an absolutely traumatic event, I felt she was portrayed realistically and with respect. And I appreciated Nash's reasons for not acting on his attraction to Zoe when she was 18 and I was so glad that when they find each other again that he is the one pursuing her!! I'm always a fan of the strong alpha male who isn't afraid to go after the woman he wants.

My only real criticism comes from the slow middle section. I loved loved loved Part I and could barely put the book down. But once we skipped forward 6 years and Part II began, I just found it all to be little slow going - and while I enjoyed Nash and Zoe reconnecting and the romance playing out, I just felt that the main plot about trying to get retribution for Zoe's parents' killer was pushed aside for a bit. The last few chapters had be turning pages as quick as I could as I wondered how it would all play out - and there were some twists, turns and surprises I didn't see coming - and the ending was more than satisfying.

I also want to mention the fabulous secondary characters - I loved Karyn and I am desperately hoping that Georgia and Belfast get a story of their own (even a novella...) because there is something there that I'd love to read more about!!

This is an incredibly gripping story that I definitely recommend!!

Samantha Blundell
TOP 100 REVIEWER
5.0 out of 5 stars Must Read
Reviewed in Australia on 11 May 2018
Verified Purchase
Damn this book is good! Jacob’s stories just keep getting better with every new release! I can’t get enough of his writing! Edge Of Retribution had me intrigued right from the start. From the first word, right through to the last one. I could not get enough of this suspenseful romance!

Zoe is such a strong character. She has seen so much in her short life and I cried for her. I cried for her loss, I cried for her pain. The story was truly heartbreaking in some parts. But this story is also about healing the hurt.
Nash is tall, dark and handsome. He is willing to do what ever it takes to protect those he cares about. He is such a great hero, I just loved him!
The connection between them both is undeniable. I really loved these two together!

This story is so full of suspense! I was on the edge of my seat through most of it. I really could not put it down! And the twists! Oh my god! I actually didn’t see them coming and that made the story even better for me. It was not predictable and surprised me all the way through. I can not wait to see what Jacob brings us next!
Read more
Helpful
Report abuse

Tina Louise
TOP 1000 REVIEWER
5.0 out of 5 stars Hooked from page one!
Reviewed in Australia on 16 May 2018
I enjoyed both the romance and action that this book offered. The characters are three dimensional and the attraction that they have for each other builds authentically. This novel also has a strong story that kept me interested until the final pages. The action was so hard hitting in the first chapter and while it did peak early, the subsequent chapters necessarily explored the characters and attraction aspect of the novel before the end climax.

Through no fault of her own, eighteen year old Zoe becomes involved with some underworld men. Nash was there for her in her darkest hours, feeling an attraction that wasn't deemed appropriate at the time. When Zoe and Nash meet for the second time, six years later, the spark is still there and Nash is eager to explore the attraction. Zoe, on the other hand, is hesitant to spilt priorities.

I recommend this book to anyone who can handle a bit of violence mixed in with their romance and enjoy strong female leads and caring alpha males. I will be searching out more books written by Mr Chance.
Read more
Helpful
Report abuse

Megan Chambers
TOP 500 REVIEWER
4.0 out of 5 stars 3.5 - 4 Stars
Reviewed in Australia on 10 May 2018
The Edge of Retribution was a fast and kind of intense read. The way the book starts with Zoe's situation and the horrible events, is certainly a page turner and makes you want to know the story.

Zoe is a strong and determined main character and I liked watching her develop. Nash is an interesting one, but a little intense a little too fast in some parts for me.

The last quarter of the story really ramps up and has some things thrown out at the reader which you won't necessarily see coming.

There were also some great secondary characters in this one.

Vicki K-S
5.0 out of 5 stars More than a simple second chance romance story...I Loved It!
Reviewed in the United Kingdom on 10 May 2018
Verified Purchase
*Reviewing for ROCK HARD ROMANCE*

Right from the start of this story,I was hooked!
18 year old Zoe,the daughter of two FBI Agents,is witness to her parents murder,manages to escape before facing the same fate,and as a result is put into a safe house,with agents protecting her until the trial where she is to testify.One of the Agents is Nash Garrison,10 years her senior,as the days in each other's company go on,a mutual attraction is there,with lines getting slightly blurred yet not going too far...Fast forward to 6 years later,with Zoe (24) having joined the FBI ,which was her dream even before losing her parents,and a focus on bringing down the one responsible for her parents death is her ultimate goal.
She comes into contact with Nash again,and even with keeping the professional image,those feelings from years ago is still there on both sides.
Now I won't go into anymore detail as to all that happens,but this is more than a simple second chance romance story...there are other elements which add some suspense,action packed ride,especially towards the end,and a few twists added along with a OMG I DIDN'T SEE THAT COMING! moment.

Jacob has created yet another well written,with great attention to detail,telling in DUAL POV story,that as I said to start with got me hooked from the beginning...I LOVED IT!
Read more
Report abuse

Vivien
5.0 out of 5 stars Justice is served!
Reviewed in the United Kingdom on 8 May 2020
Verified Purchase
Zoe is 18 when she arrived home and is kidnapped, she watched her FBI parents murdered in front of her and escapes. Placed into protective custody she meets Nash. Another attempt on her life whilst in protective custody makes her determined to take down the man who has brought sorrow and chaos to her life. Did years later Zoe is working for the FBI and meets Nash again. The feelings that grew previously are still there for both of them. When her parents murderer reappears, will they get a HEA or will the murderer win? This book was action packed with characters you wanted to know more about. Jacob wrote such a great read that I can't wait for the next one from him. He's a one click author for me
Read more
Report abuse

n young
5.0 out of 5 stars Fab read by Jacob yet again!
Reviewed in the United Kingdom on 11 May 2018
Verified Purchase
Yet again another fab well written book by Jacob Chance!
No matter what the story line is Jacob manages to pull it off and hook us into it pretty much straight away everytime.
This book starts off with Zoe who's parents work for the FBI and she has high hopes following in their footsteps when one day she comes home to find out her whole life is about to change.
Without giving away any spoilers Zoe is taken to a safe house where there she is looked after by the same agents day in and out... but then Agent Nash Garrison arrives and it knocks them both off their sensible streak.
Absolutely love the charcters especially a hot Irish Mobster named Belfast!!
Highs lows and a death threat or a few then happen throughout the story and then boom a huge plot twist leaves you turning the pages faster just to see what way the story will now go.
Angst... love.. humour.. drama.. emotions.. the Patriots and even a cheeky McDonalds are thrown in this book just proving that Jacob can get himself into every one of his stories!!
Read more
Report abuse

Sarah
5.0 out of 5 stars A definite must read.
Reviewed in the United Kingdom on 27 March 2020
Verified Purchase
Wow! I can’t believe I waited so long before finally reading this book. Nash is an alpha male, FBI agent, who was willing to do whatever it took, even putting himself in danger if it meant keeping Zoe safe. After everything that Zoe had been through, she became a strong willed, independent woman. This story was gripping from the start, with action, suspense, love and laughter. I highly recommend this book, and I’m looking forward to reading what Jacob has for us next.
Read more
Report abuse

AMC
5.0 out of 5 stars Hot suspense
Reviewed in the United Kingdom on 16 September 2018
Verified Purchase
I love Jacob Chance's writing style but this suspenseful thriller is freakin awesome. Just the right amount of hotness, sweetness and danger, love it.
Absolutely recommended.
Read more
Report abuse
See all reviews
Back to top
Get to Know Us
Make Money with Us
Let Us Help You
And don't forget:
© 1996-2021, Amazon.com, Inc. or its affiliates